Drinking at Disneyland: Where to Find the Best Whiskey Cocktails at the ‘Happiest Place on Earth’ 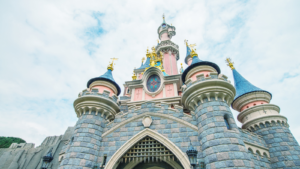 Disneyland and California Adventure are two of the most popular theme parks in the world. They are also home to some fantastic bars where visitors can find top-notch whiskey cocktails.

If you’re looking for a delicious drink to enjoy between rides or to make waiting 90 minutes in line for Indiana Jones Adventure more bearable, look no further.

There was absolutely no alcohol on the premises at the park’s inception, except for one bar, Club 33.

Club 33 was where Walt himself intended to drink. He had a daily scotch and soda at 5 p.m. sharp. But don’t expect to simply walk in and be seated. The bar is notoriously exclusive, with memberships costing $25,000 (not including the $10,000 yearly dues), plus a 20-year waitlist.

However, if you are one of the lucky few members or are invited by a member, you will be able to get your hands on some excellent whiskey.

Their whiskey cocktails include a mint julep, Manhattan, a Ward B, boulevardier and, of course, a scotch and soda. 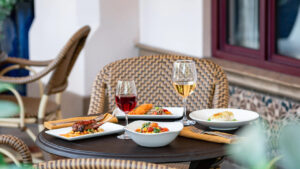 Not to be confused with Carthay Circle Restaurant, which requires a reservation to dine, the Carthay Circle Lounge is located on Buena Vista Street in Disney California Adventure Park, and plenty of cocktails are available. Carthay’s offers Mediterranean-California al fresco dining for lunch and dinner. 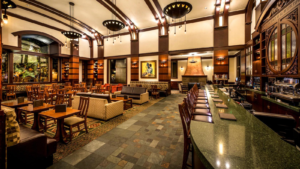 The Hearthstone Lounge can be found inside Disney’s Grand Californian Hotel & Spa. Frankly, there are too many cool signature whiskey cocktails to mention them all, but a menu is available on the Disney Website. Even if a Disney trip is not on the books any time soon, it’s worth trying to whip one of these up at home.

Oga’s Cantina is an exciting restaurant and bar in the newly established Star Wars: Galaxy’s Edge in Disneyland Park, where Tomorrowland formerly stood. It’s also themed, which means visitors get to “Step inside this notorious local watering hole to partake of unique concoctions for all ages,” Disney says of the restaurant.

The Lamplight Lounge restaurant and bar is located at Pixar Pier in the California Adventure park and offers two signature whiskey cocktails.

Sunrise Spectacular is the second and is made with Maker’s Mark Bourbon, tropical juices, agave nectar and a dash of angostura bitters.

The Hollywood Lounge is a drink stand in Hollywood Land in Disney California Adventure Park. It offers many cocktail choices but only one whiskey option: a Whiskey Sour with a Chambord float.

While it may not be as enticing to get your cocktail from a stand, guests are welcome to walk around California Adventure with their alcoholic drinks, unlike Disneyland park. So making a quick pit stop to grab a beverage to go instead of sitting down can have its perks.

So, the next time you find yourself in the Happiest Place on Earth, be sure to check out one of these bars for a unique and memorable whiskey cocktail.