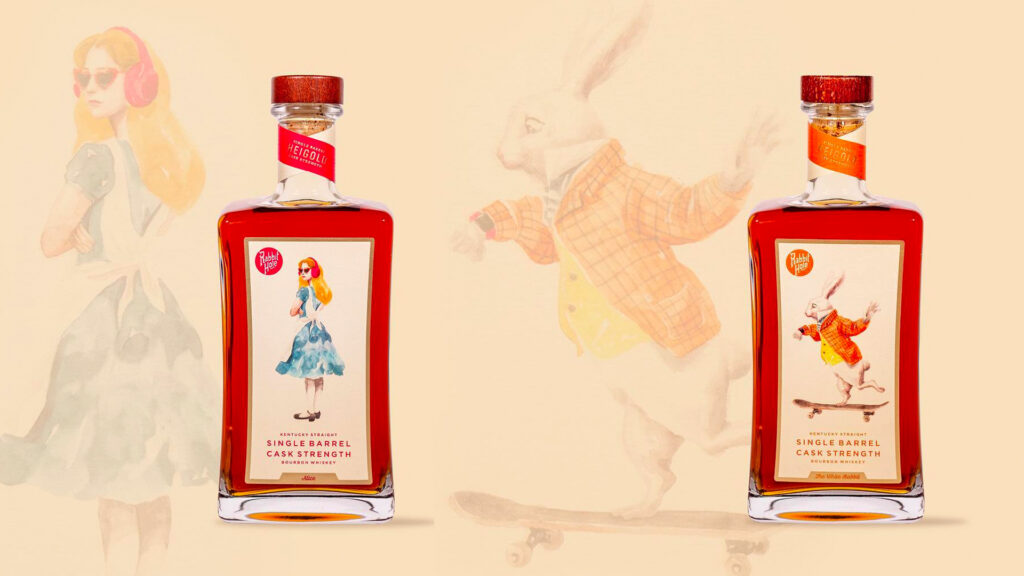 Rabbit Hole distillery resides in downtown Louisville, Kentucky. Kentucky is state known across the globe as a veritable home to the whiskey industry. The hyper-modern distillery has only been around a short time, but it’s made great splashes with consistency since opening.

Lead by Kaveh Zamanian, the hip operation firmly believes “There’s No Going Back” when it comes to producing whiskey. Recently, they stretched their creative muscle and released a $1,500 15yr age stated bourbon whiskey. One of the most expensive bottlings whiskey fans have seen, the bourbon is finished in Mizunara casks.

With every bottle of that release sold (and a Whiskey Raiders review to come), Rabbit Hole is on to the next hot project. The brand is releasing their first Single Barrel release: a cask strength, single barrel bottling of Heigold distillate.

Yielding 144 bottles, the first barrel will be sold on premise at Rabbit Hole distillery only, with 100% of all sales being donated to a local charity: Louisville Fund for the Arts Culinary Initiative Strategic Relief Fund.

The bottling contains 6 different labels artworks. The new single barrels focus on a fusion of old classic characters from Alice In Wonderland and modern technology. Alice is rocking Beats headphones, the Mad Hatter finds new wheels via Lime scooter and more. This crossover is probably the most unique and tasteful single barrel art to hit the bourbon scene so far.

Interested fans of the bottling can fight for their shot at a bottle on June 14th.