Should You Freeze Whiskey? | Whiskey Raiders 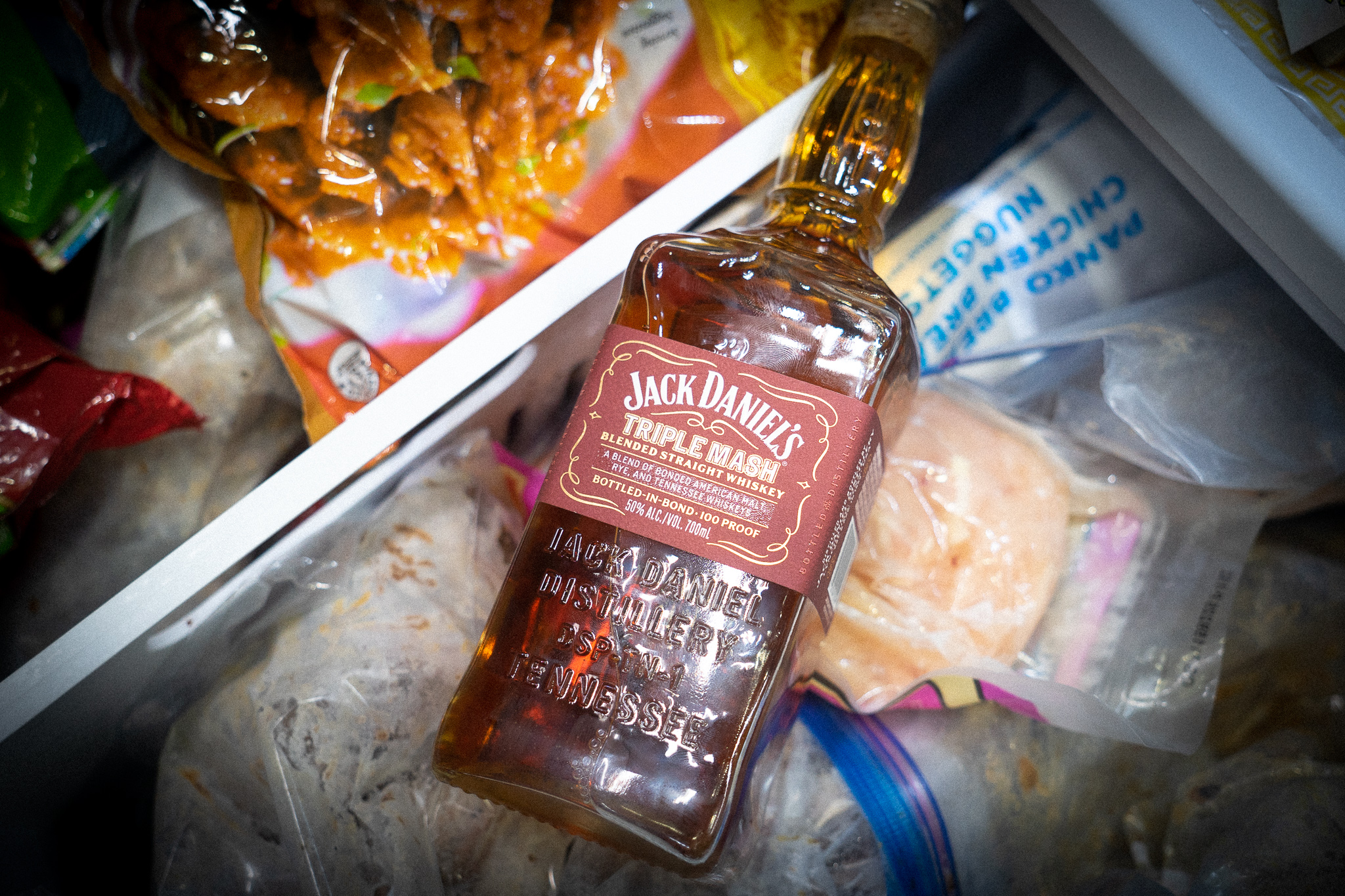 Should You Freeze Whiskey?

Whiskey is a complex drink with many variables that affect the flavor. One of the most common questions about whiskey is whether or not it will freeze — and should you freeze whiskey? The answer to the first question: No – whiskey will not freeze in a regular freezer.

Because whiskey has a lower freezing point than the recommended temperature in the United States, it will not freeze in a standard freezer. However, while keeping whiskey in the freezer will not damage it, icy temperatures will impact the liquid within the bottle.

Should I Keep Whiskey in The Freezer?

You’ve probably heard that the best way to store your liquor is in the freezer, and for many spirits, keeping them in the freezer is entirely kosher, like vodka, for instance.

However, this is a common misconception when it comes to whiskey. In fact, cold temperatures dull the flavors of whiskey, so if you pour a glass of whiskey that’s been in the freezer, the flavors will be dulled. Generally speaking, it’s ideal to keep alcohol at a constant cool temperature away from direct sunlight. Drinking at room temperature is the best way to experience all the flavor that whiskey has.

If you prefer to drink whiskey cold, it is better to drop in an ice cube or two rather than freeze the entire bottle. Adding ice or a drop of water to the whiskey will enhance its flavor but not entirely eliminate it, as freezing the bottle would.

Even though freezing whiskey is not advised, many people still store their whiskey in the freezer for several reasons.

When someone is new to whiskey, the Alcohol by Volume (ABV) in whiskey can be pretty high compared to what they’re typically used to drinking, since whiskey is bottled at a minimum of 80 proof. This may be too strong for some individuals, who would therefore prefer to drink it cold, so as to dull the taste.

Chilling reduces the alcohol concentration and makes it more palatable for first-time drinkers. Many people also find that freezing whiskey helps to remove its “poor taste.” The drink is less likely to have an unpleasant or burning aftertaste when served cold.

It’s not advised to freeze whiskey, but it can be a beneficial tool for individuals who don’t want to be overwhelmed by the drink’s intensity.

There are advantages and disadvantages to stashing any spirit in the freezer. As temperatures drop, the liquid’s viscosity (thickness) rises. However, There’s no proof that keeping alcohol at sub-freezing temperatures has any long-term impact on the liquid in the bottle.

So, if you’re looking to achieve that perfect pour, you might want to take your whiskey out of the freezer a few minutes before you plan on drinking it. If you’re planning on drinking your whiskey neat, it’s possible that the liquid will become hazy once it’s been poured into your glass.

The truth is that if you’re determined to freeze your drink, no one will stop you, and the alcohol won’t freeze over. But don’t expect your neat pour to be as enjoyable as it would be had you not frozen it.

If you’re trying to discover the most effective technique to store your whiskey, consider storing it in a cold, dry place and keeping it away from intense light.