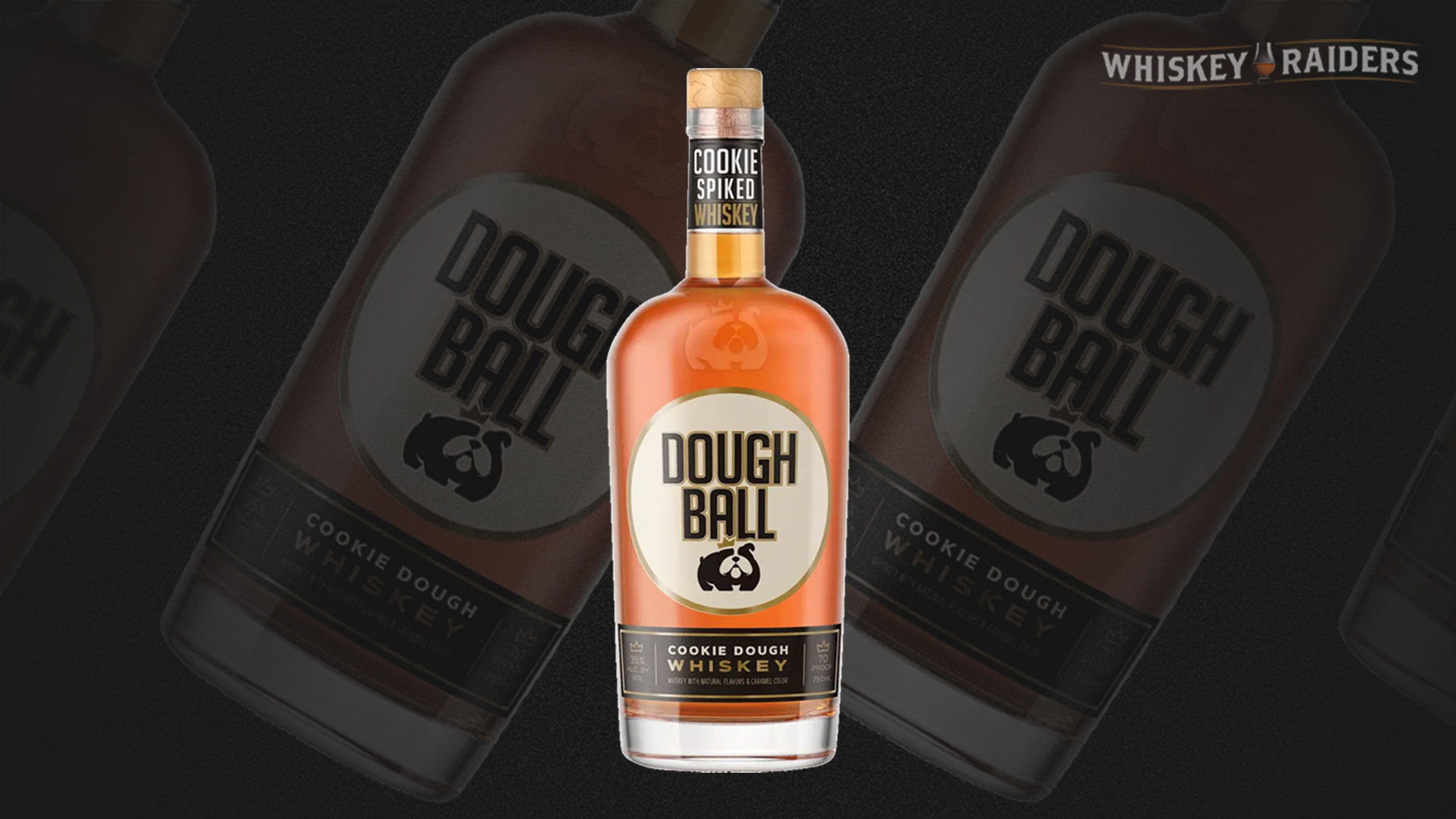 From Fireball Cinnamon Whisky to Skrewball Peanut Butter Whiskey and beyond, there’s no question flavored whiskeys have a grip on many drinkers, particularly the younger crowd. These beverages aren’t really whiskey (more on that here), but that’s neither here nor there.

One of the most popular up-and-comers in the flavored whiskey realm this year has been Dough Ball Whiskey, the cookie dough-flavored whiskey. Cookie dough whiskey sounded just weird enough — with the potential to not be terrible — that I had to try it.

Coming from a skeptic of any flavored whiskey, I liked Dough Ball more than I expected to. It coats your tongue with warmth and presents you with a sensation akin to biting into a warm chocolate chip cookie fresh out of the oven. This liquid is rich with syrupy viscosity and loads of vanilla and caramel on the palate. And some whiskey flavor is noticeable and welcome here, which is not the case with every flavored “whiskey.” This is a fun, novelty drink that fills a certain niche.

If you love cookies and whiskey (but are willing to set aside your whiskey purist hat) you’ll enjoy this.

Dough Ball is too sweet for me to sip neat on a regular basis, but in small quantities, it’s a nice treat and makes a nice companion to an evening dessert. After more than a bit, Dough Ball’s sweet and syrupy identity becomes too much for me. I haven’t yet tried Dough Ball in a milkshake or hot chocolate, but I bet it would be a great addition to either. For me, Dough Ball is probably best enjoyed in a cocktail format. Thus, I gave three of Dough Ball’s cocktail recipes a shot. 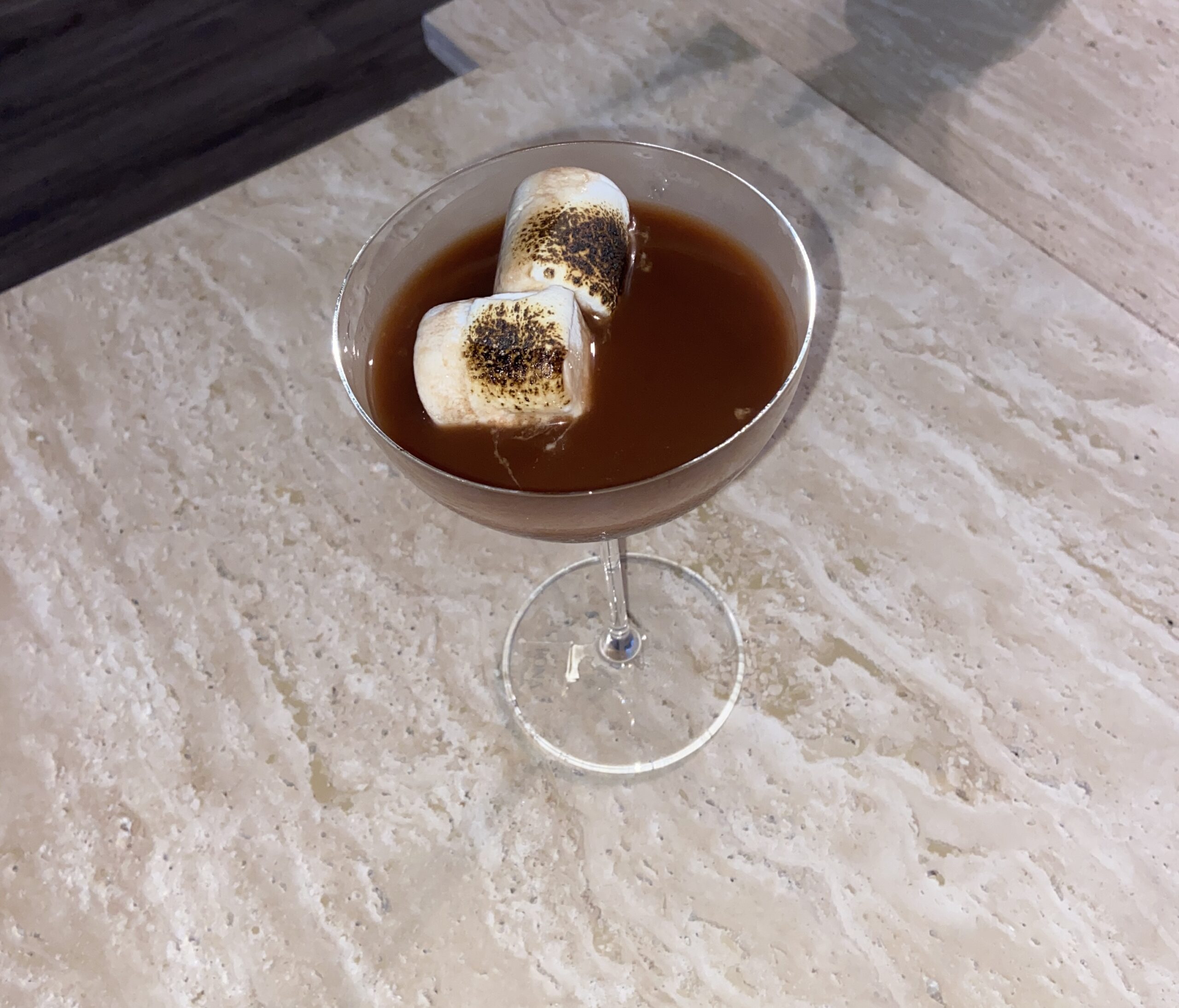 This cocktail is dessert in a glass. Decadent, rich and chocolatey to the bone. The bitters and booze somewhat counter the sweetness of the cookie dough flavor and chocolate syrup, but this is still a bit too sweet for me. With that said, it’s quite enjoyable if you go in with the mindset that it’s a dessert. Plus, the toasted marshmallow garnish was a good excuse to bust out the butane torch. 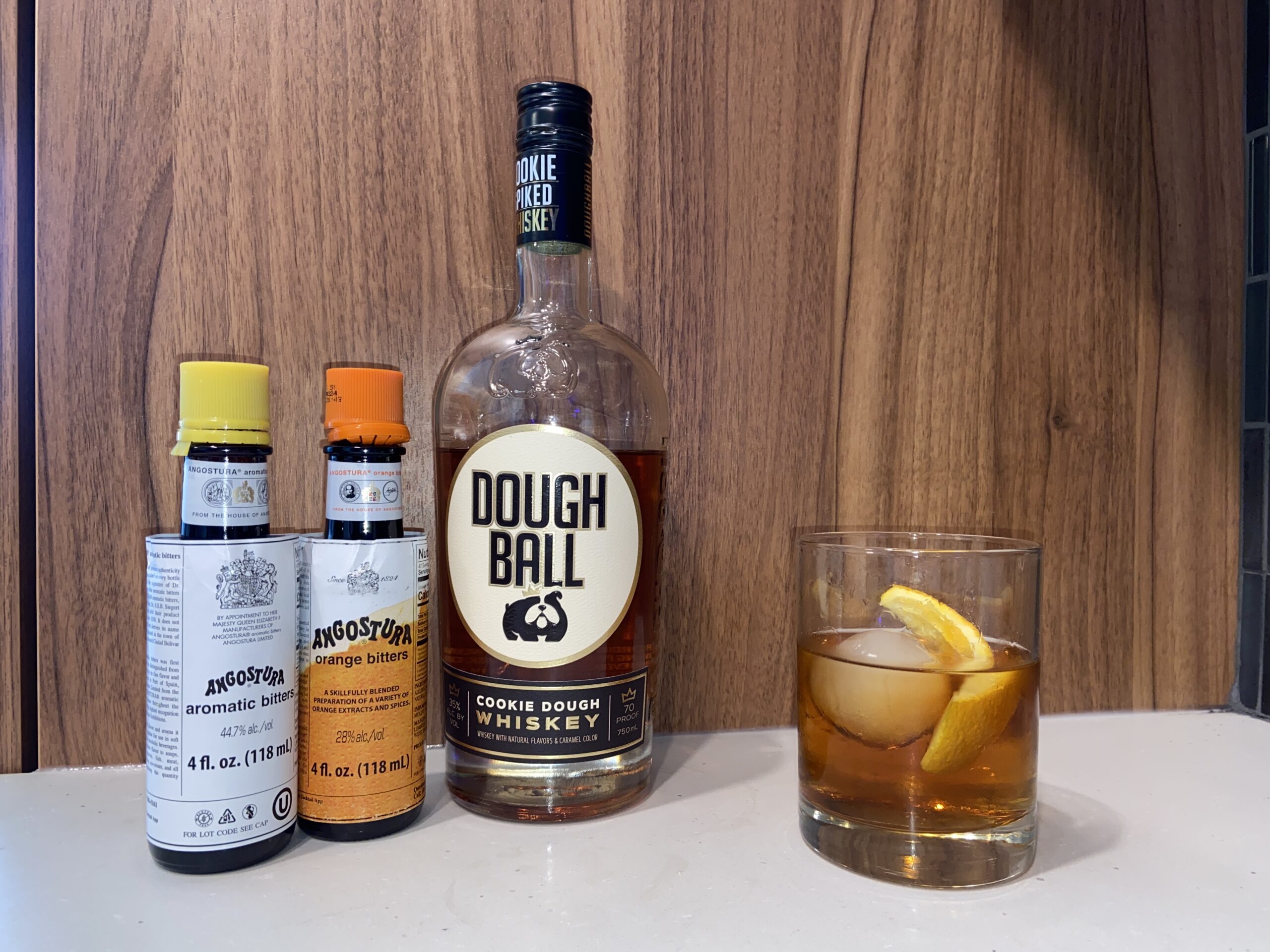 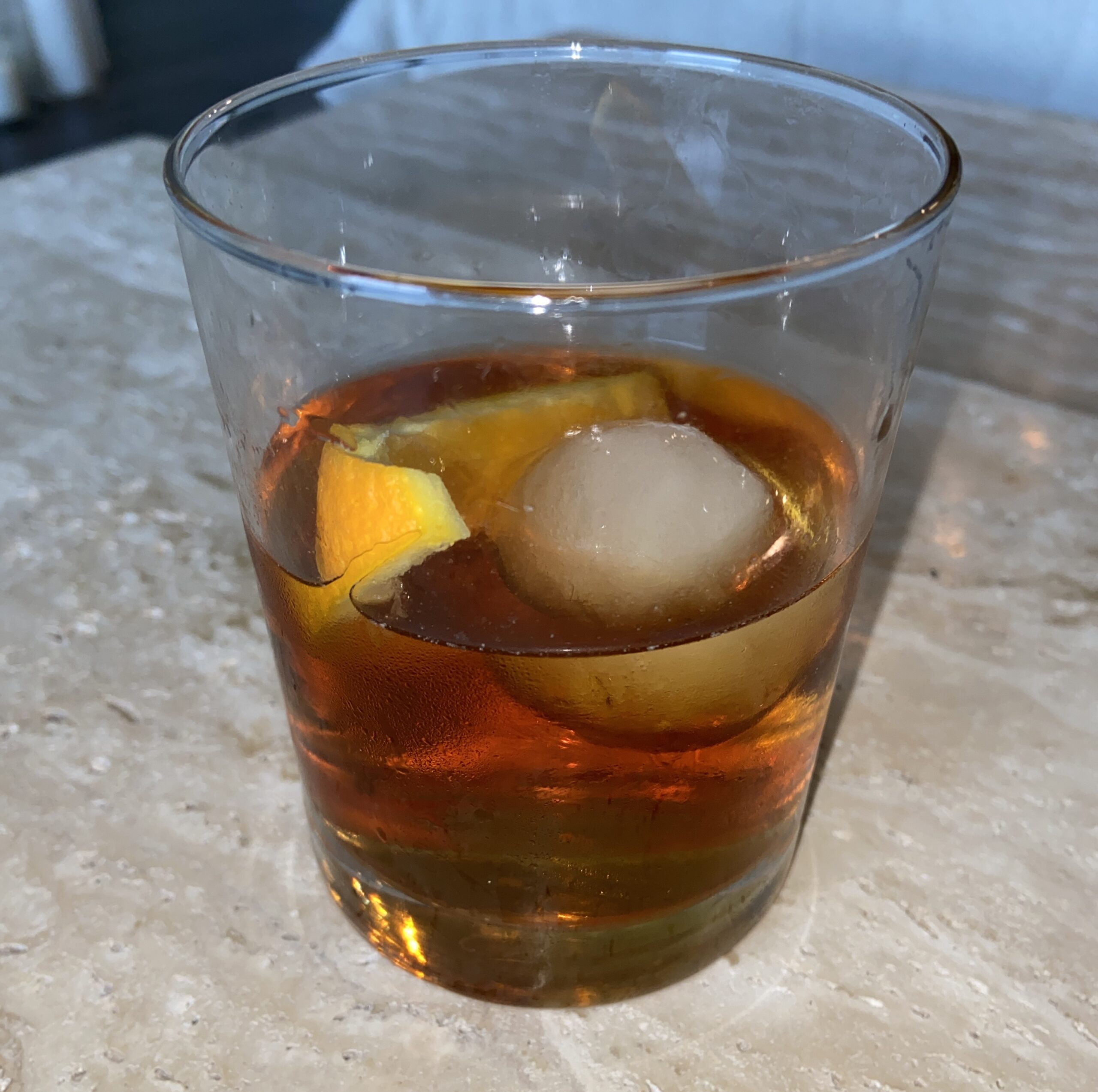 Cookie dough-flavored whiskey feels like a natural addition to a dessert cocktail, like the S’mores, but I was apprehensive to try it in a classic, whiskey-forward libation like the Old Fashioned. Still, the Old Fashioned is probably the most iconic whiskey cocktail, so I couldn’t not try this one.

The verdict? This is surprisingly quite good. I had my doubts because I like my Old Fashioneds on the less-sweet side and typically with a whiskey of at least 100 proof (Dough Ball is 70 proof). However, this recipe doesn’t call for any simple sugar, unlike a typical Old Fahsioned. Thus, the sweetness of Dough Ball sufficiently replaces the sweetness normally added by sugar. This drink is quite sweet, but it works.

I normally prefer a drier cocktail, but this sweet, cookie-infused variety has its place — it’s a dessert. Dough Ball really tastes like cookie dough, but the bitters make it just “Old Fashioned” enough. This won’t be a go-to for me, but if you’re into sweeter drinks, it could be for you. 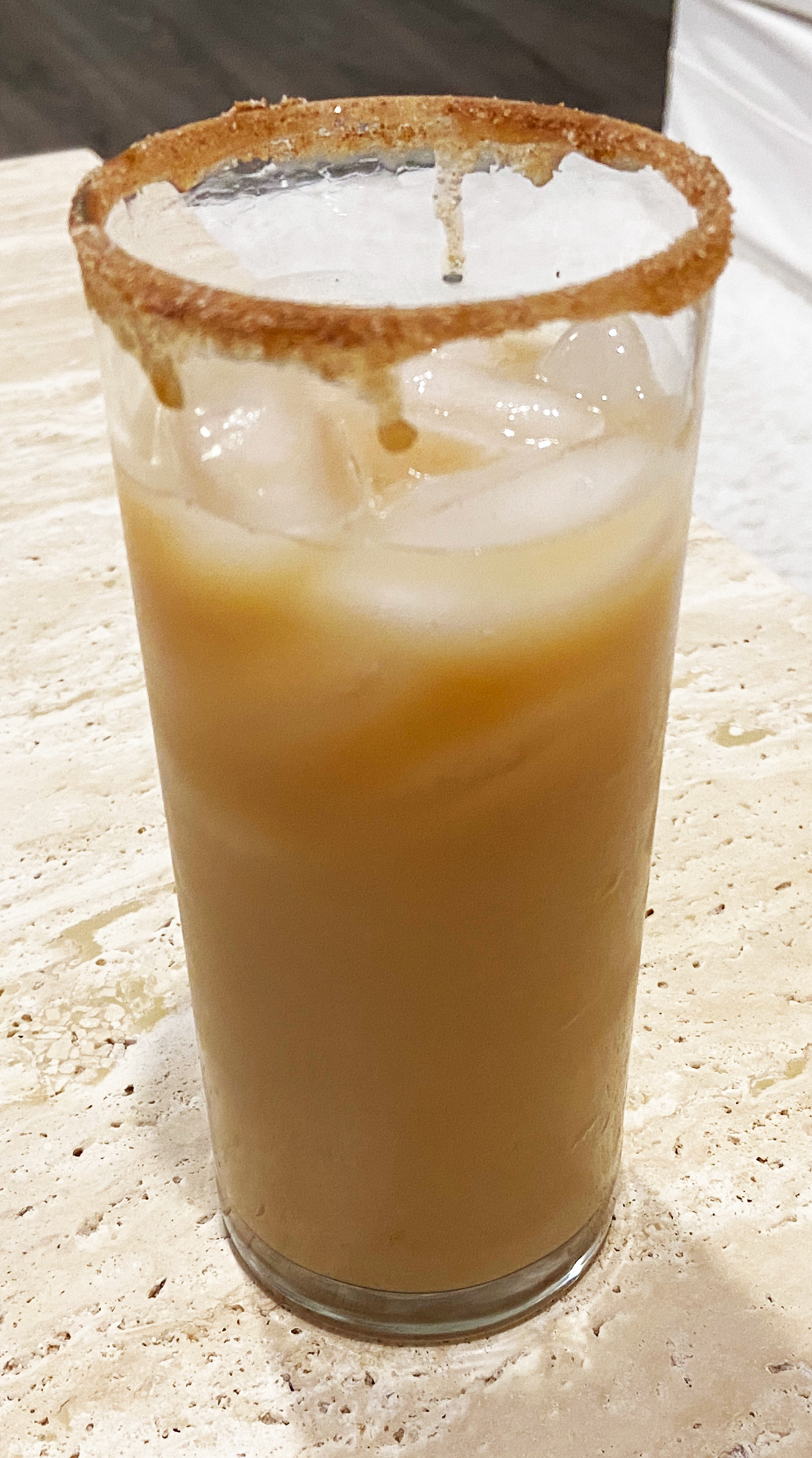 After the previous two, this cocktail offers a refreshing twist. Featuring the least amount of Dough Ball of the three I tried, this recipe doesn’t smack you over the head with cookie flavor like the other two. So, if you’re looking to use Dough Ball in a cocktail but prefer the cookie flavor to be more subtle, this is your best bet.

The Snickerdoodle is my favorite of the three cocktails I made. The coffee is a great addition, and it works wonderfully with the Dough Ball and vanilla vodka. This tastes like an iced macchiato from Starbucks. Also, I used caramel syrup to stick the cinnamon-sugar garnish to the rim, and I recommend you do the same. A bit of caramel on the rim with the cinnamon works nicely as a sweet introduction to this delicious cocktail.

The vanilla vodka is a nice inclusion in this recipe, as well, adding a slightly different bite and different source of sweetness. This is a great cocktail.

Overall, Dough Ball Whiskey is a pretty tasty bottle. It’s too sweet to sip neat beyond your first tasting (what flavored whiskey isn’t?) but makes for a nice inclusion in a number of cocktails. I’d rather drink this than any other flavored “whiskey” I’ve tasted, and its novelty earns it bonus points. After all, if you show up to a party with a bottle of cookie dough-flavored whiskey, everyone’s going to want to try it.

Find Dough Ball Whiskey near you if you live in one of these 17 states.