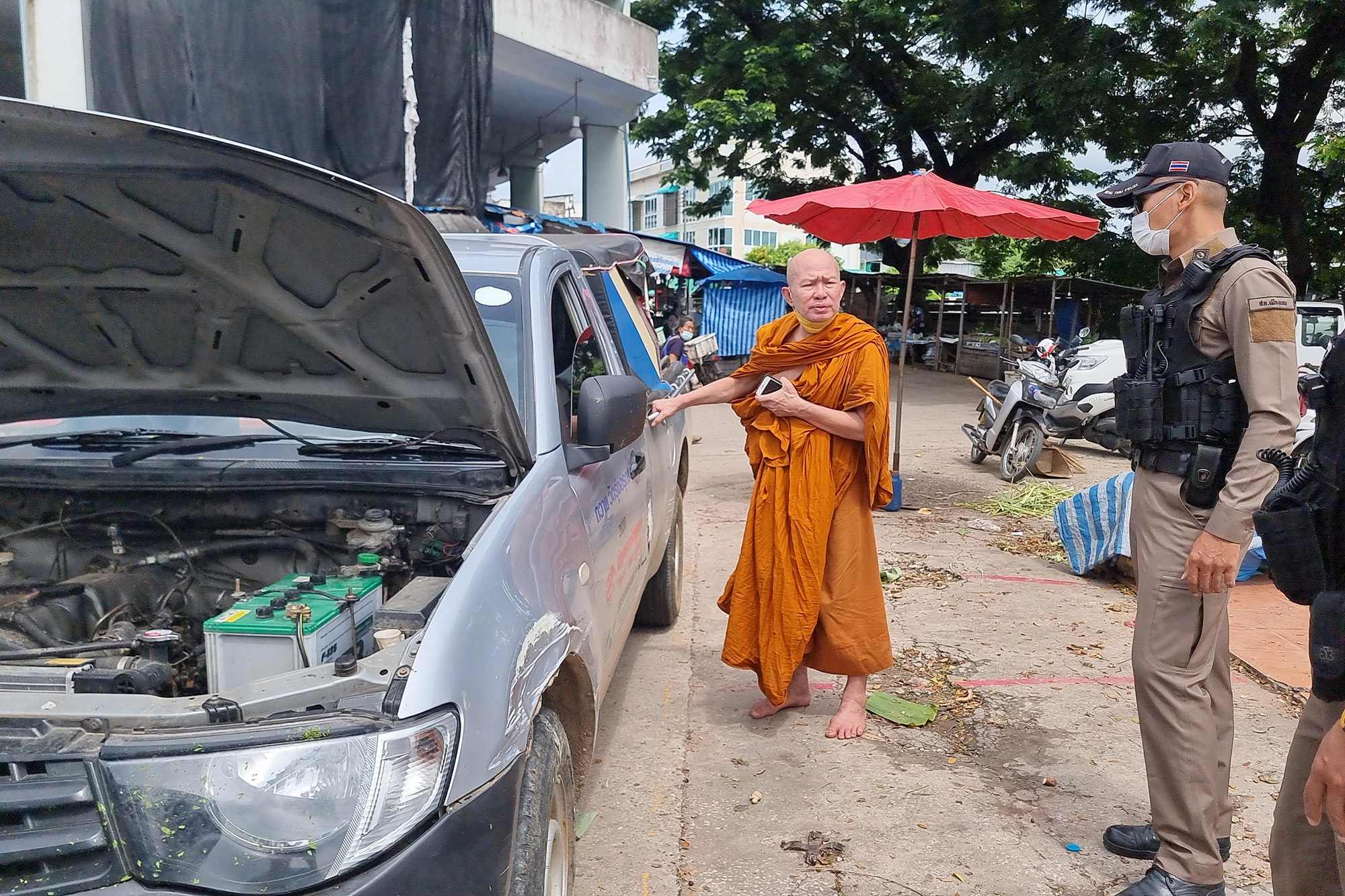 A Buddhist monk busted for drunken driving Wednesday in the Loei province of Thailand came up with un unusual excuse for his inebriated state, telling police that he was only drunk because whiskey helps him stay immune to COVID-19.

“He was drunk but told officers the whiskey prevented him from catching COVID-19,” Police Lt. Col. Peerapong Raksi told Viral Press of the incident, according to the New York Post.

Per local laws, monks are forbidden from drinking liquor, according to the New York Post.

The incident occurred after Phra Thanakorn, 63, was seen stumbling around a market asking for money in local shops before getting into his pickup truck and driving off. Locals reported the monk’s behavior to the police.

“The residents told us that a monk was causing mayhem in the market, so we sent some officers to check,” Raksi said. Footage published by Viral Press showed authorities surrounding the monk in his pickup truck, getting him out of the car and taking him into custody.

Once in custody, the monk (sort of) explained the situation.

“I took a slice of lime with the whiskey, but I had to drive because our driver had an accident,” Thanakorn said.

Peerapong contacted the abbot at the Mabinthabat Temple, where Thanakorn worked, and explained the incident.

The Temple has proposed that Thanakorn be disrobed and excommunicated from the monkshood for violating anti-drinking laws, according to the New York Post.

This isn’t the first out-of-the-box excuse a monk has used to explain whiskey consumption. In January, Buddhist monks caught drinking whiskey claimed they were doing so to “deliver alcohol” to the dead.