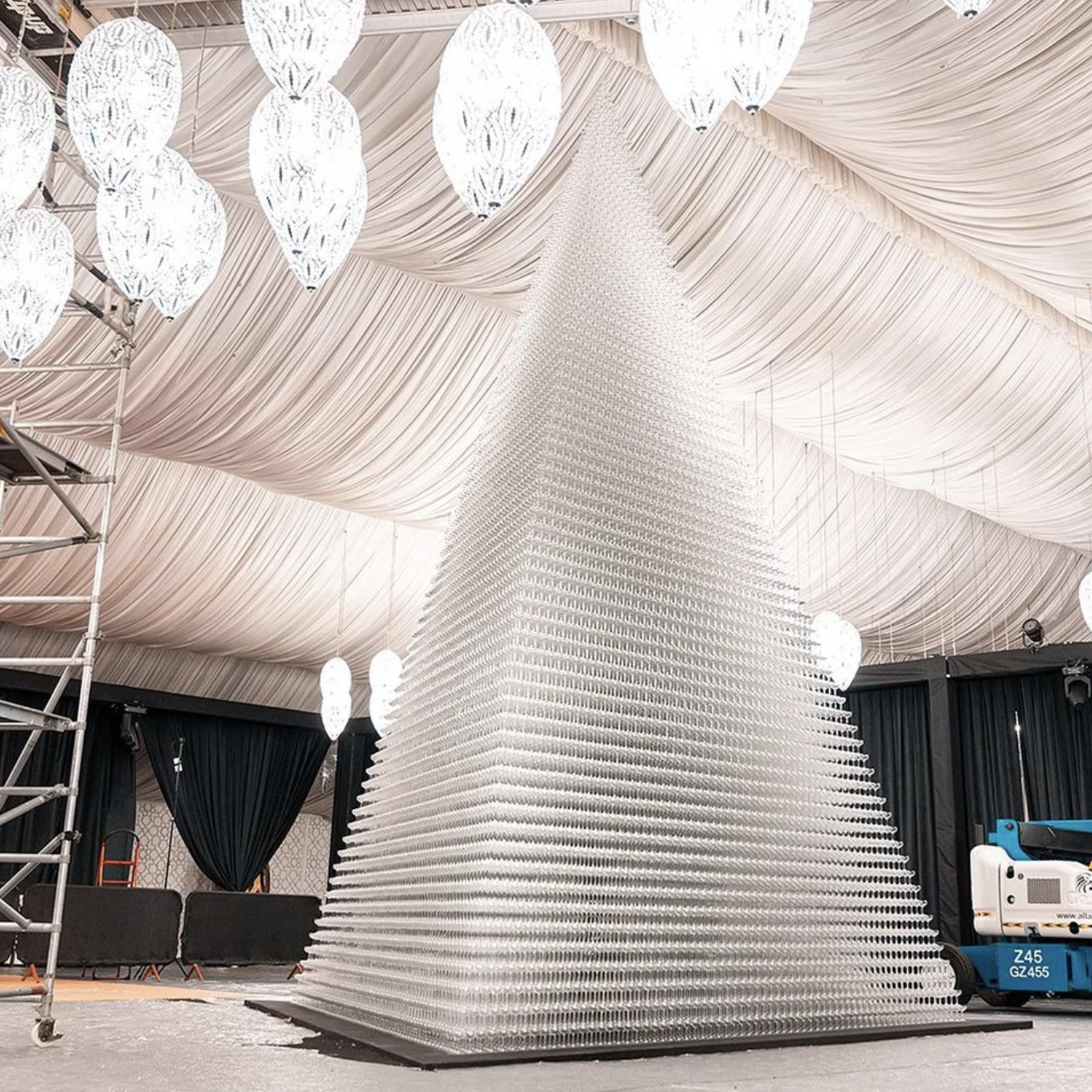 Dubai hotel and resort Atlantis, The Palm, set a Guinness World Record with a 27-foot-tall pyramid of champagne glasses, made of nearly 55,000 glasses, each filled with Moët & Chandon champagne. (Photo: Maxime Casa)

Dubai hotel and resort Atlantis, The Palm, started off 2022 in a memorable way: by setting a world record.

Luuk Broos Events workers spent five days and more than 55 hours of work on the pyramid.

A post shared by Atlantis The Palm, Dubai (@atlantisthepalm)

The tower remained in place until Jan. 1 and was then taken down with plans to recycle the coupe glasses into refillable glassware by a local glassblower, according to Travel + Leisure. The new glasses will be used in the Atlantis, The Palm’s 1,548 rooms and suites.