1 Dead, 8 Hospitalized After Drinking Champagne Spiked With Ecstasy at Bar 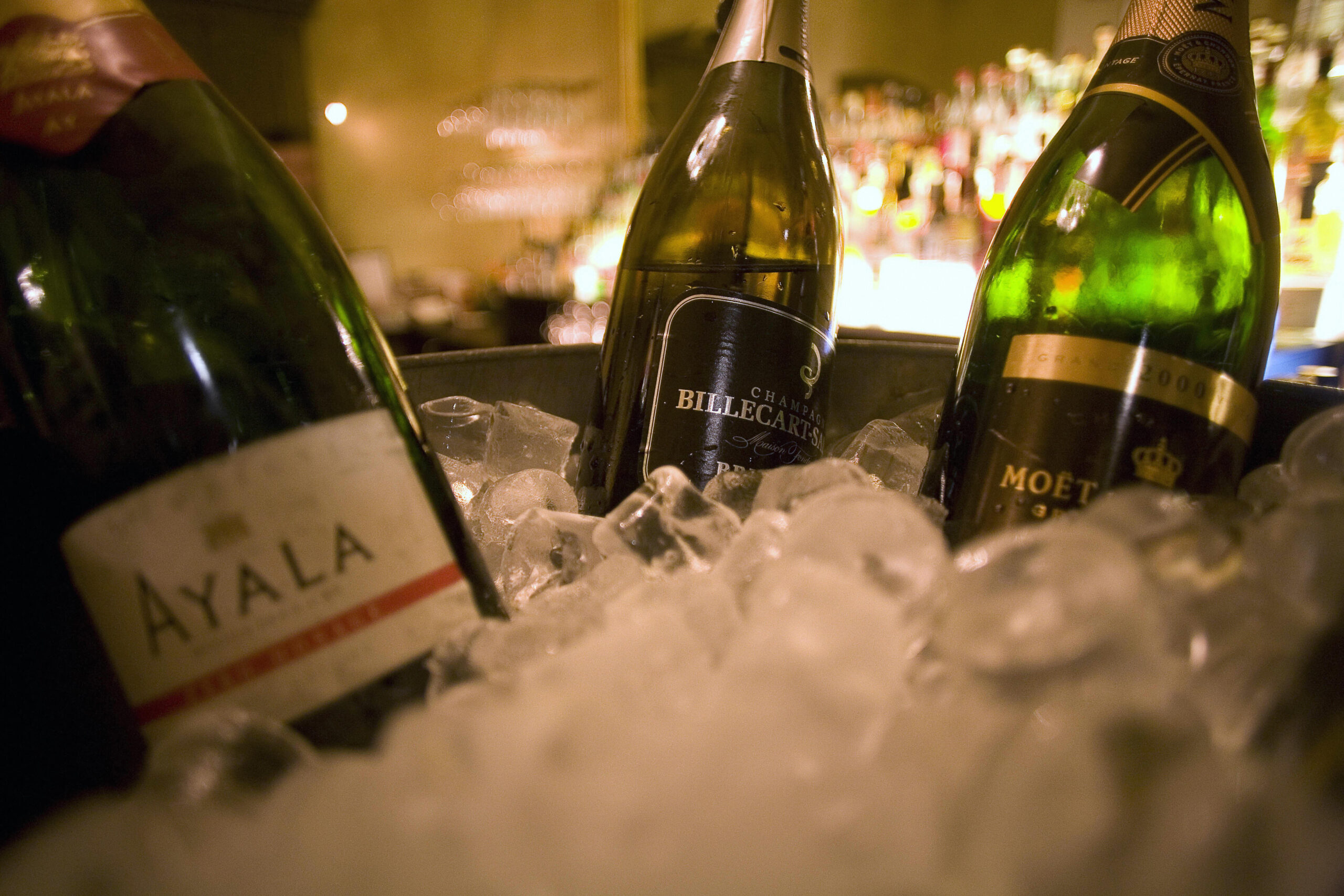 Champagne bottles are seated in an ice bucket at a Cocktails and Champagne bar Nov. 28, 2007, in Stockholm, Sweden. One man was killed and eight other people hospitalized this weekend after drinking spiked champagne at a bar in Germany. (SOREN ANDERSSON/AFP via Getty Images)

One man, 52, died, and eight others were hospitalized after consuming spiked champagne at a bar in Germany, police said Monday, according to the New York Post.

The incident happened Saturday night in the Bavarian town of Weiden. When police arrived at the bar, they found people lying on the floor with cramps.

Police didn’t say what the group of people had been drinking due to the ongoing investigation but said they had ordered and shared one bottle. The bottle was champagne, according to German TV and radio broadcaster Bayerischer Rundfunk. The people hospitalized, five men and three women, were between the ages of 33 and 52, German police said.

“It is now clear that drugs were in the champagne bottle from which the victim and other guests had drunk,” according to Bayerischer Rundfunk, which reported that the public prosecutor’s office said there is suspicion of negligent homicide.

Investigators are focusing on when the drugs entered the champagne bottle.

“It will be checked whether or where or by whom the bottle was manipulated. It would be perfectly possible to open a bottle, pour in the drugs and reseal the bottle in a way that would not be noticed,” wrote Bayerischer Rundfunk.

According to reports, investigators don’t believe any of the guests poured the drugs in the bottle. The guests “immediately objected to the taste of the champagne,” said senior public prosecutor Schäfer.

Eyewitnesses of the event reported that the victims were screaming and convulsing before being put into ambulances.

Two victims have been released from the hospital, and the other victims are “out of danger,” police said.

Last month, a bottle of laced booze killed nine in India. In October, liquor tainted with methanol killed 34 in Russia.