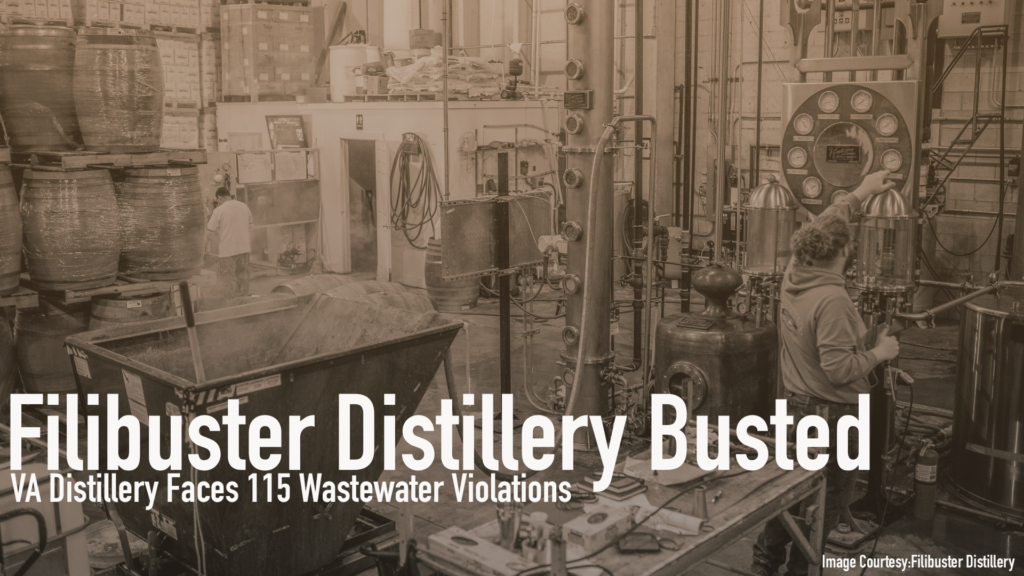 Filibuster Distillery, the distillery that preaches that perfect water makes perfect whiskey, is being accused of dumping more than 40,000 gallons of industrial waste into a local Shenandoah County stream.

Inspired by their background in the retail liquor industry, the Dilawri family founded the distillery in 2013 in Washington DC. Today, the whiskey is distributed in 18 states around the USA, and the family also continues to oversee their retail store, Modern Liquors, in the DC area.

The producer’s website delivers its mission statement: “We thrive in making fine spirits that enrich the taste & soul,” though it appears that enrichment may cost the environment.

The Shenandoah Grand Jury has indicted Founder Sid Dilawri as an individual, and both Filibuster Distillery LLC and Filibuster Barrels LLC with 115 counts of violating state water control laws in Maurertown, Virginia. According to Virginia Business, Filibuster had been dumping industrial water containing high levels of zinc and copper from late 2018 until at least September 2020.

Dilawri initially denied any wrongdoing; however, he later admitted to providing false information to authorities.

It will be interesting to see how the distillery moves on from its alleged violations in the future. Filibuster might consider a few rewrites to their website, which features quotes such as:

“We are serious about safeguarding the environment for future generations.”

A statement that ultimately depicts Filibuster as negligent at best and deceitful at worst.