F*cking Gin or Fok Hing Gin? Ruling Determines Brand Will Have to Change its ‘Strong, Aggressive and Vulgar’ Name 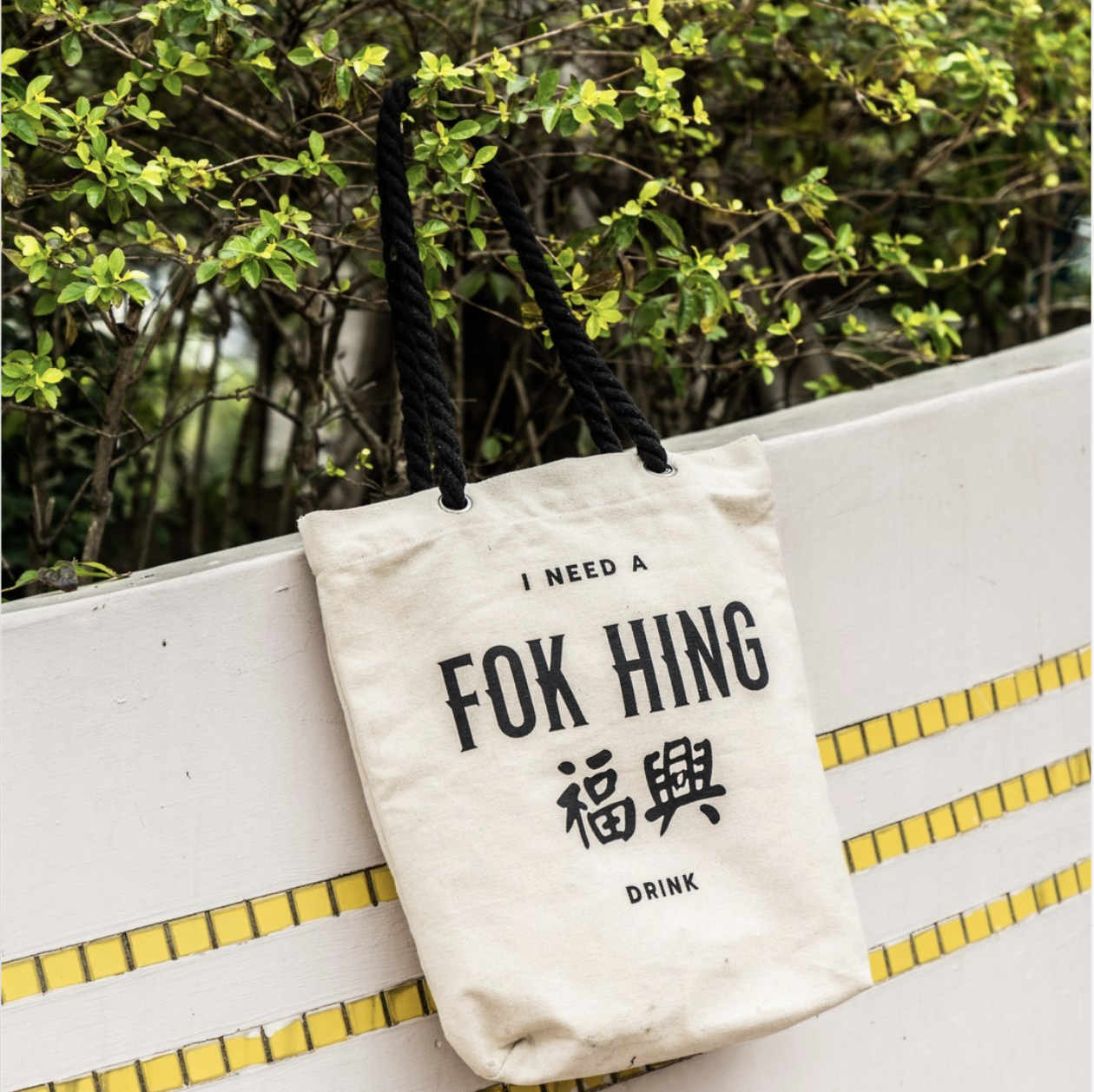 Despite claiming that its name is an innocent tribute to a street in Hong Kong, Fok Hing Gin markets its products with swear-word puns such as the one on this tote bag. (Photo: Fok Hing Gin)

In a fascinating case, a complaint against Hong Kong distillery Fok Hing Gin for “causing serious or widespread offense” with its name was upheld by the alcohol industry’s Independent Complaints Panel. Incognito has said it will change the name of the brand in light of the ruling, according to Metro.

Fok Hing Gin maintains that its name is simply meant to pay homage to Fuk Hing Lane, a street in Causeway Bay, Hong Kong. In fact, Incognito Group Limited, which produces Fok Hing Gin, says it even changed “Fuk” to “Fok” in order to make it sound less like “fuck.”

Still, the panel ruled against the brand, in part because of its marketing, which make puns related to the swear word. The complaint against Fok Hing Gin said:

“The name of the product Fok Hing Gin is clearly intended to shock and be pronounced as an offensive term – marketing comments I’ve seen online include ‘Fokthehaters’ and ‘those who don’t like the name can FOK OFF’.

“So despite claims, this is a Hong Kong language term meaning good luck – it’s obvious the intention is to shock and offend those who find swearing undesirable and unacceptable.”

Based on that marketing, it appears the brand is using its similarity to the swear word to its aid, with a wink and a nod. Fok Hing Gin plays innocent on the front page of its website, which reads:

Our name sounds like a popular western profanity, you say? Whilst that is a remarkable coincidence, we are actually named after a street in our Hong Kong hometown; a name the locals have long since stopped guffawing at. But many visitors to our fine city still see the funny side and we are OK with that. We laugh at ourselves, so why not let visitors in on it? So happy are we, in fact, that we adopted the street name for our gin.

Still, though, other parts of the website include puns such as “Where the Fok is my gin?” which clearly has nothing to do with the street. The website also reads: “Speak to Holly Fok, our customer support,” which prompts users to a generic “contact us” form. It is possible the brand has an actual employee named Holly Fok, but much more likely is the possibility that it simply is making a “holy fuck” pun. Meanwile, the company’s Instagram page shows a tote bag that reads “I Need A Fok Hing Drink.” One of the Instagram posts showing that bag advertises a giveaway. The caption wishes entrants “Good FOK HING luck!”

“We have agreed to update the reverse label to be more descriptive of the details that inspired our brand, and look forward to introducing our UK fans to a little bit of Hong Kong history whilst they enjoy Fok Hing Gin during the forthcoming festive season and beyond.”