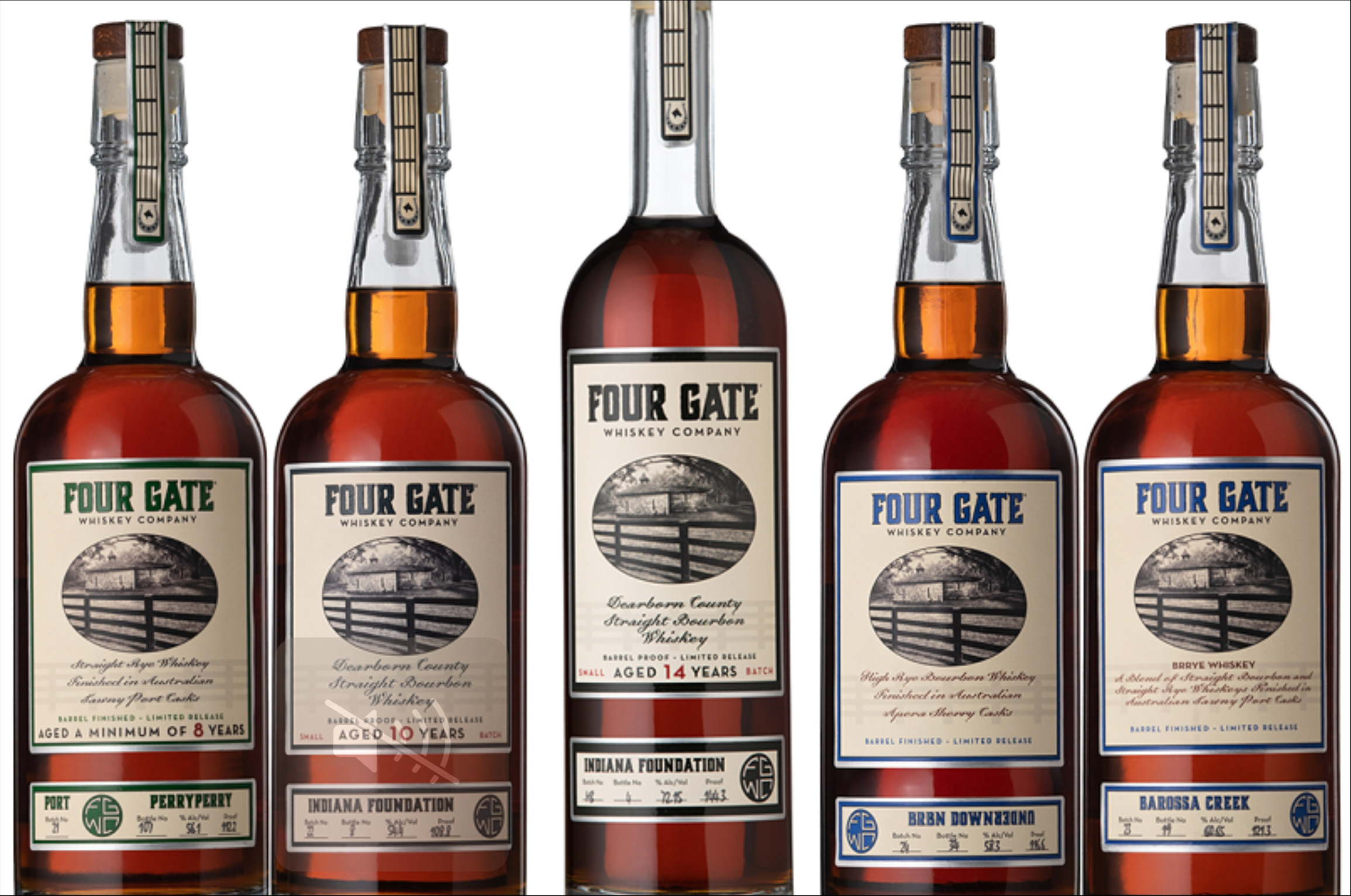 Batch 22, called Indiana Foundation is a 10-Year Indiana Straight Bourbon Whiskey, bottled at a barrel proof of 108.8. The release comprises 1,130 bottles, which will be sold in Kentucky, Indiana, Louisiana, Illinois and online.

Batch 23, called Barossa Creek, is a blend of 6- and 7-Year Kentucky Straight Bourbons and an 8-Year Indiana Straight Rye Whiskey. The bottling is finished in Australian Tawny Port Casks and bottled at 121.3 proof. Batch 23’s 1,280 bottles will be sold in Kentucky, Georgia, Tennessee, Florida, Texas, Louisiana and online.

Batch 24, titled BRBN Downunder, is a high-rye Indiana Straight Bourbon Whiskey, aged 6.5 years and finished in Australian Apera Sherry Casks. The run consists of 2,178 bottles, bottled at 116.6 proof. They will be sold in stores in Kentucky, Florida, Texas, Louisiana, Illinois, Tennessee and online.

Each batch will be sold at a suggested retail price of $199.

Amid a recent bottle shortage, Four Gate opted to use the “Gettysburg” bottle. The distilling company liked those bottles so much it has continued to use them for these batches.

“We managed to find a good supply of the old Holly bottles we used previously,” Chief Barrel Officer Bob D’Antoni said in a news release. “But we like this one too much to stop using it as well.”

Additionally, Four Gate Whiskey will release only three barrels worth of extra-aged, extra-high-proof Indiana Straight Bourbon Whiskey. The Angel’s Share was so prevalent on these barrels that they produced only 129 bottles.

Four Gate will release this “micro-batch” at a Louisville, Kentucky location in the coming weeks. It is a 14-Year Indiana Straight bourbon bottled at a “Hazmat” (70% ABV or higher) proof of 144.3. The suggested retail for this batch will be $450 per bottle. The release will also be named “Indiana Foundation.” The batch number will be designated “MB,” for micro-batch. Four Gate Whiskey Company says to follow it on Facebook, Twitter and Instagram to learn of the Indiana Foundation MB release date and location.