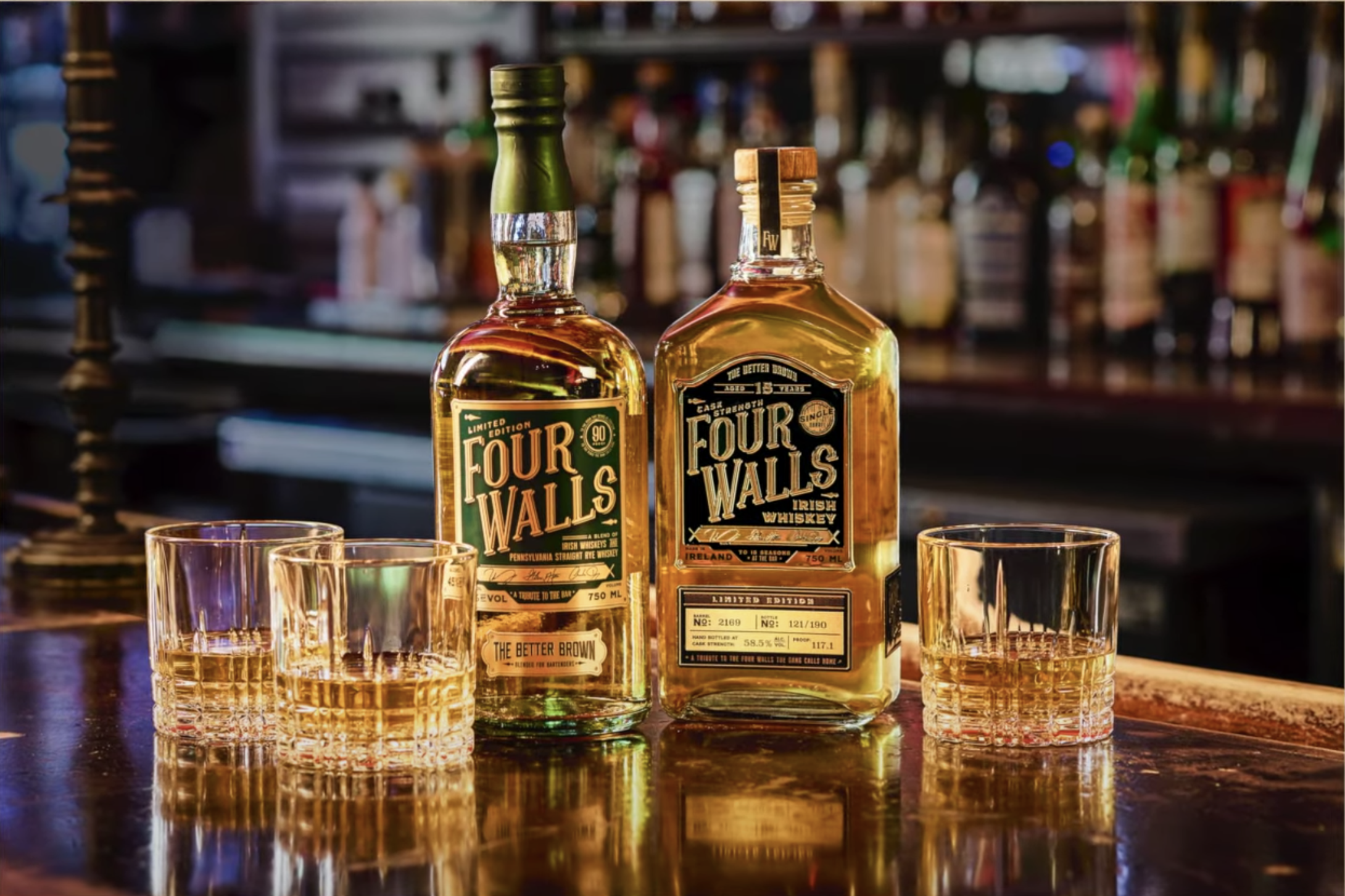 “The Gang Founds a Whiskey Brand.”

The actors plan to use the profits from the whiskey sales to give back to the hospitality industry in Pennsylvania, with 100 percent of the proceeds from the debut collection being donated to the Pennsylvania Restaurant & Lodging Association’s Hospitality Assistance Response of Pennsylvania.

“We wanted to create a brand celebrating the four walls that have held our favorite memories in and kept our troubles out,” Howerton said in a news release. 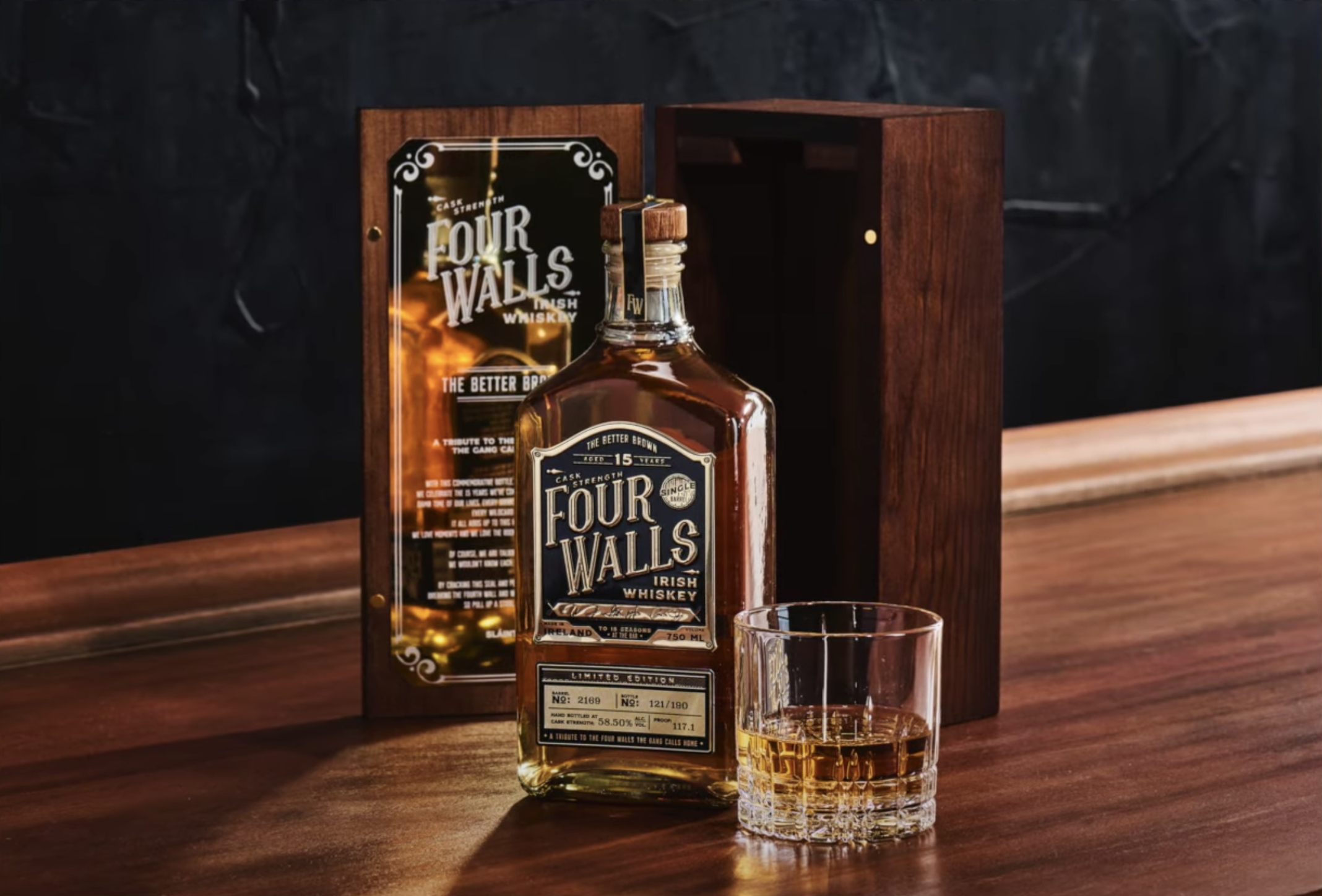 Cask Strength Single Barrel Collector’s Edition, bottled at 58% ABV, was made in traditional pot stills and matured in ex-bourbon barrels for at least 15 years — celebrating 15 seasons of “It’s Always Sunny in Philadelphia.” Only 755 bottles of this expression, which the brand calls the “world’s rarest and finest Irish expression” — a very bold claim — are being made publicly available.

The limited-edition whiskey can be purchased on the brand’s website for $999.95. The purchase includes autographed cards from the three actors and an engraved wooden and mirrored box.

Tasting Notes From the Brand

Taste: Rich and complex layers of honey, vanilla custard, and dried fruit mingle with baking spice and a bold pop of alcohol that balances the multi-dimensional sip enveloped in a rich, creamy viscosity.

Finish: Long, lingering, and warming with a viscous delivery revealing gentle baking spice, leather, menthol, and a hint of chocolate.

If you’re not looking to drop a grand on a bottle of whiskey, the brand also has a more affordable option.

This whiskey takes a blend of Irish triple-distilled grain whiskey with pot still malt, aged five years in ex-bourbon casks, and blends it with Straight Pennsylvania Rye from Wigle Whiskey, also aged five years. It is bottled at 90 proof. The brand hasn’t yet provided tasting notes for this whiskey.

Four Walls Bartender’s Blend Limited Edition goes for $89.95 and can be purchased on the brand’s website. It is sold in a collectible premium box. Only a few hundred cases will be released initially, with opportunities for fans to taste the spirit at special events over the coming months, including the The Always Sunny Podcast live events at the Bourbon and Beyond Festival in September in Louisville, Kentucky, and at The Met Philadelphia.

“We were shooting Season 15 when bars were shutting down all across America,” McElhenney said. “So we decided to source some really great whiskeys and create something as a tribute to the bar and kick it off by giving back.

Day, Howerton and McElhenney play Charlie Kelly, Dennis Reynolds and Mac in the show. The trio announced the launch of the whiskey brand in a video:

“We learned just how rare and how collectible old Irish Whiskey is, and we couldn’t believe we got our hands on some and wanted to release it and do something for the people and places that do so much for all of us – the bars and the bartenders,” Day said.