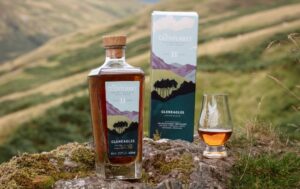 This move is raising eyebrows because Glenturret is struggling to sell its whiskey to the whole world, and while it isn’t specified if they are limiting the release to a single hotel, that certainly seems to be the case. A potentially risky move with the downturn in sales and consumer interest.

However, as one of the oldest distilleries in Scotland, Glenturret believes they have history on their side. John Laurie, managing director of The Glenturret, added: “The Glenturret is Scotland’s oldest working distillery and really important to Scottish history and heritage; and Gleneagles is such an icon of hospitality, that we sincerely felt there was something special to be celebrated here.”

“There have been so many changes over the last few years at Gleneagles. As a natural progression and evolution of our beverage and whisky programme, creating our own whisky was the next logical step, and because of our shared location, I feel like this is really a match made in whisky heaven.”

On the plus side, when consumers purchase a bottle, they also receive a free tour of the newly refurbished historic distillery, which could be a huge pull for tourists who stay at the hotel.

Finally, The 11-year-old single malt offers toffee, cinnamon, vanilla, spice, fruit cake, and ginger flavors. Sounds delicious, but is it enough to turn around the dropping sales trend that’s been haunting Glenturret? Only time will tell.