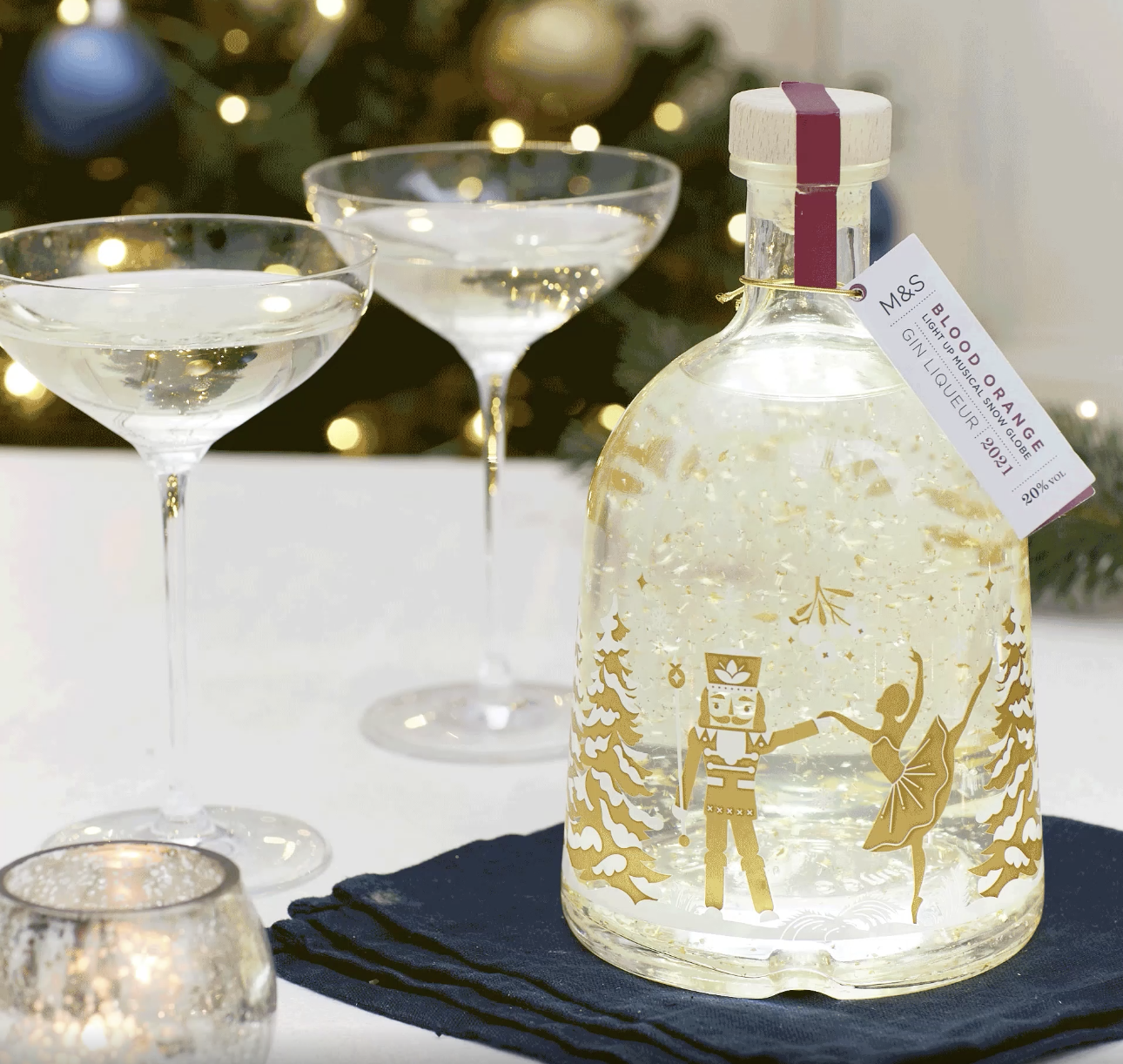 United Kingdom Retailer Marks & Spencer is suing international grocery company Aldi on the grounds of copyright infringement regarding Aldi’s The Infusionist Small Batch, a light-up bottle of gin liqueur in the style of a snow globe, featuring edible gold flakes that swirl around the bottle like snow when given a shake.

Marks & Spencer filed legal documents at the British High Court earlier this month, claiming Aldi’s Infusionist bottle, which comes in clementine and blackberry flavors, is a copy, and is seeking an injunction to stop the grocer from infringing its design, asking it to surrender or destroy the stock and pay damages. Marks & Spencer registered a copyright for the design of its bottle earlier this year, according to the Financial Times, via The Drinks Business.

Marks & Spencer claimed that an average member of the public “who is interested in purchasing liqueur during the Christmas period” might not notice the difference between the two products, according to the Daily Mail.

Marks & Spencer said it would “always seek to protect our reputation for freshness, quality, innovation and value, and protect our customers from obvious copies.”