Goodwood Brewing Company Added a Rye Whiskey to its Lineup 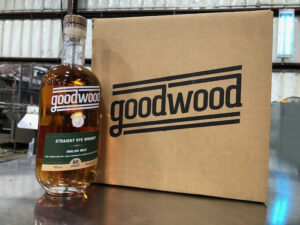 Goodwood Brewing has been making beers and barrel-finished spirits for over 25 years. Founded in 1990, their Louisville brewery is one of the longest continuously operating Kentucky breweries ever.

While the brewery has been producing bourbon alongside their beer for a few years now, the rye whiskey will be a new development and another step for the spirits and beer crafters.

What really sets the company apart from its competitors however is the water they use as a part of their process. The brewery uses pure, limestone water to make its bourbon and beer. They take extra steps and use old barrels that are full of flavors. The limestone water is said to have magnesium and calcium carbonate in it. It also has naturally low levels of sulfur and iron that play a part in fermenting the beer.

Barrels are kinda our thing at Goodwood. Want to learn more? Come take a tour! Tours are available every Saturday. pic.twitter.com/IuHyLgzYAy

Everything You Need to Know About Goodwood’s New Rye Whiskey

The rye whiskey was aged for two years and then it was finished in beer barrels. This process made the whiskey have a sweet taste like caramel and vanilla. Later, this sweet flavor would change to a more complex spice flavor that is full of body, according to Goodwood.

Goodwood Rye was released this month and is being sold in various retailers in the Louisville area as well as the Goodwood Taproom.