Major Hard Seltzer Brands May Soon Be Off Shelves in Utah 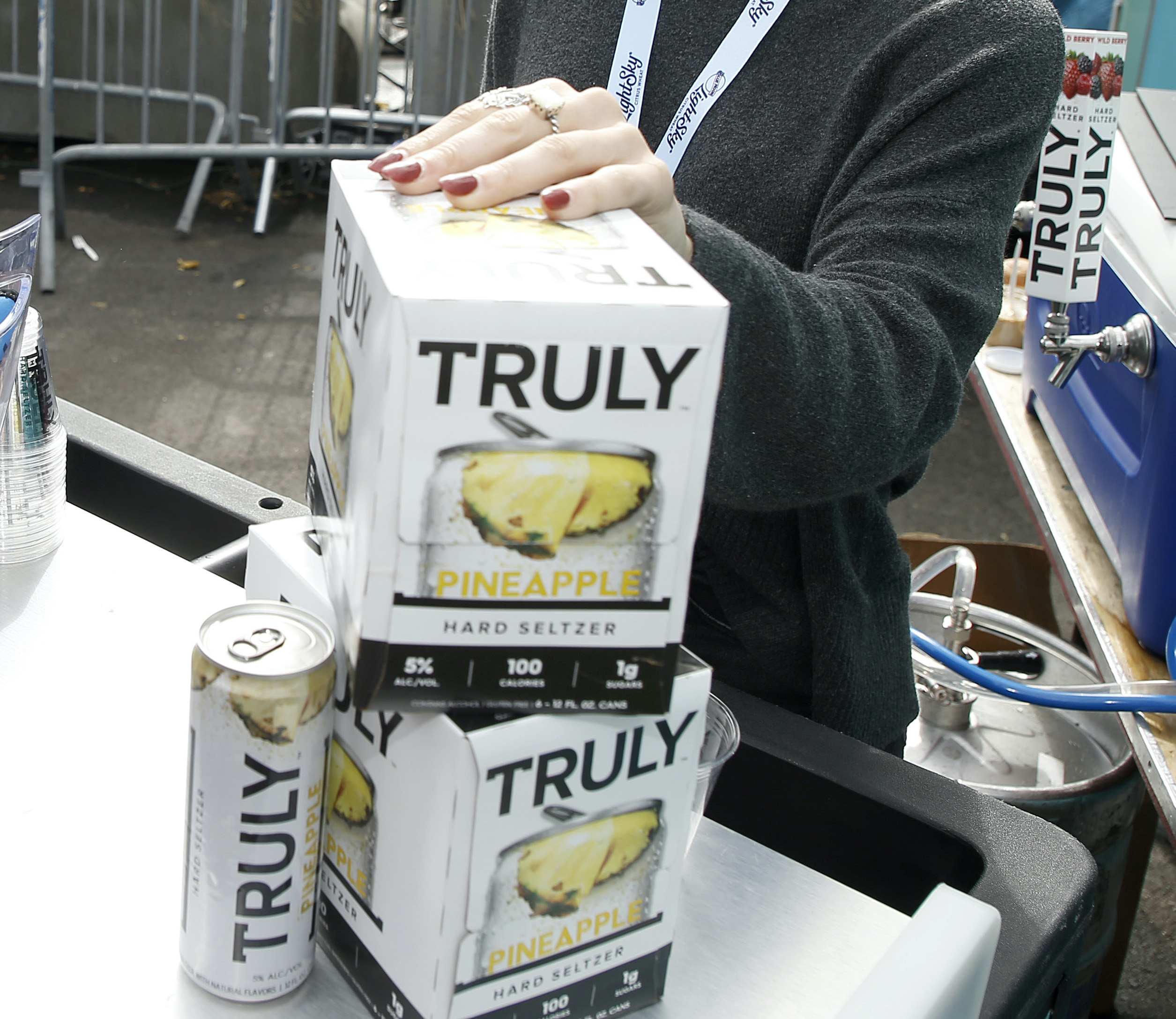 Some major Hard Seltzer brands may be missing from grocery stores soon in Utah. (Photo: John Lamparski/Getty Images for NYCWFF)

Among the most popular brands of hard seltzer could be yanked from the shelves of grocery stores across Utah, thanks to Senate Bill 176 and the fact that hard seltzers don’t meet Utah’s legal definition of beer.

Affected brands could include Truly, Coors and Bud Light, as well as hard kombucha brands, according to U.S. News & World Report. Under the proposed legislation, it all comes down to how they are brewed and what flavorings are in them.

“It’s going to be a little bit confusing to consumers why they might see a cherry- or a lime-flavored seltzer in a grocery or convenience store,” said Kate Bradshaw, the president of the Utah Beer Wholesalers Association, according to FOX 13 News. “That same brand’s watermelon or blackberry flavor is going to be in the state liquor store [but not grocery stores].”

Bradshaw said that of the 106 hard seltzer products currently sold in Utah, just over half will be able to remain in grocery and convenience stores based on the legal definition change for beer. But a number of others will be prohibited from being sold in those stores. The only place those will be able to be sold will be state-run liquor stores.

“If you’re looking at your particular favorite brand, they may have certain flavors that meet the glycol based flavoring standards and stay in a grocery or a convenience store and others that use an ethyl alcohol based flavoring component and that doesn’t meet Utah’s unique flavoring test and they will have to go to a DABC store,” she told FOX 13.

Utah’s heavily religious population may have had something to do with the bill, per Fox 13 News, which reported that some groups who oppose loosening of state liquor laws, including The Church of Jesus Christ of Latter-day Saints and Mothers Against Drunk Driving, pushed back on a compromise on flavored malt beverages.

“The Church certainly lets us know their viewpoints on a myriad of alcohol issues. They have a belief that is totally anti-alcohol,” said Sen. Jerry Stevenson, who runs the annual liquor bill for the Republican majority in the Senate. “But there are many other groups that I think lobbied much harder — I don’t think lobbied is the right word — but were much louder in that process.”

Stevenson told FOX 13 he knows not everyone will be happy with the bill and that he expects lawmakers would revisit the seltzer issue and the lack of bar licenses next year.