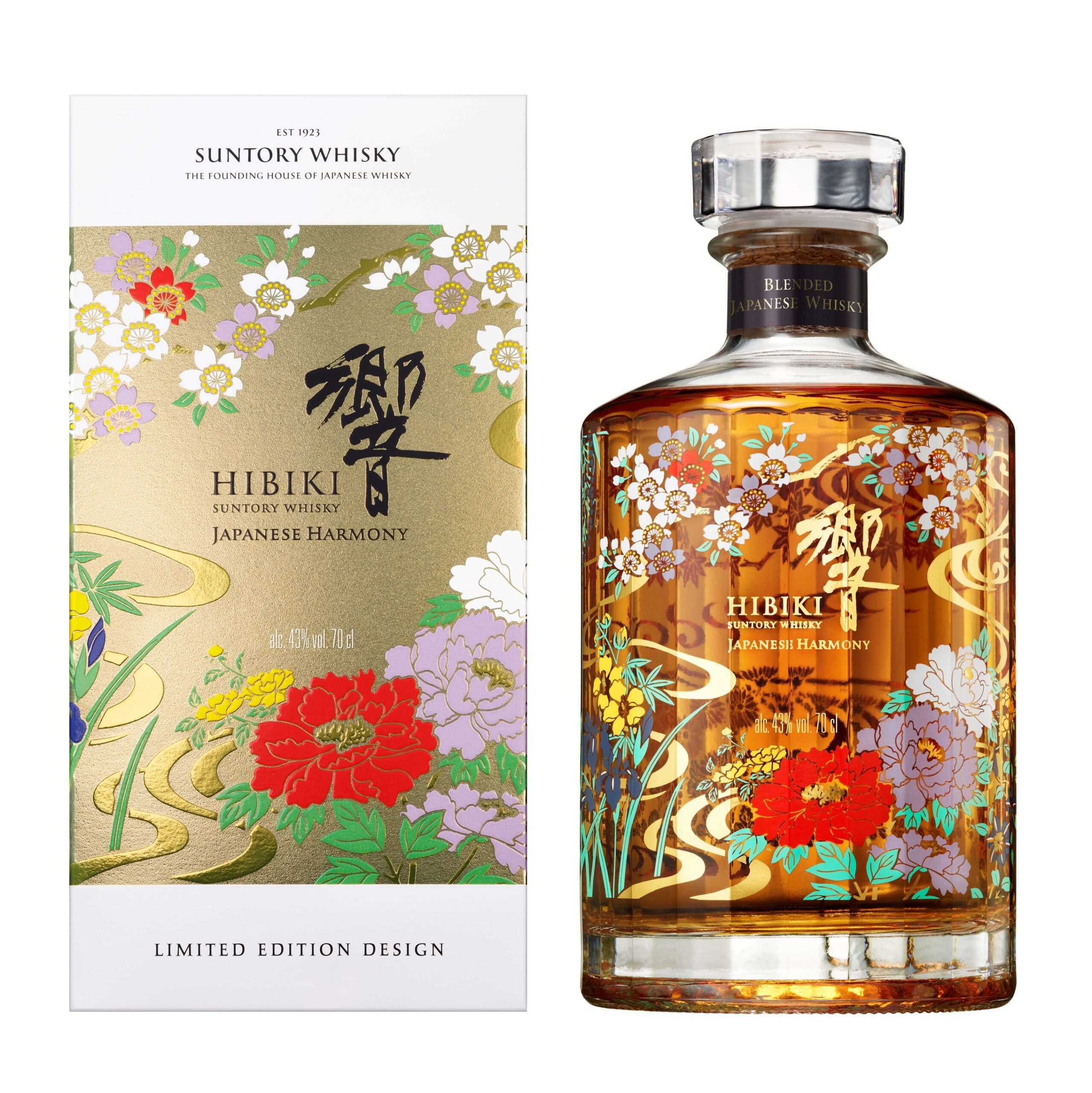 Hibiki Harmony is selling for only $125 a bottle — not cheap, per se, but not bad at all compared to other limited-edition Japanese whiskies. (Photo: Beam Suntory)

Beam Suntory announced Monday the release of a new limited-edition bottle of Hibiki Japanese Harmony whisky. The bottle is designed with painted flowers and ribbons of water.

Since Hibiki was introduced in 1989, most of its bottles have included 24 facets, which were included to represent both the 24 hours of a day and the 24 seasons of the year in the traditional Japanese lunar calendar, and this bottle includes the traditional 24, according to a news release. The bottle will be made available to select global markets, including the U.S., this month.

With a suggested retail price of $125 for a 750-milliliter bottle, this certainly isn’t a bottom-shelf whisky. Still, $125 is shockingly affordable for a limited-edition export from a prominent Japanese distiller. To give a frame of reference, Yamazaki’s limited-edition 2021 release sells for $999.99 a bottle.

Japanese whisky is a rising force. It made waves in August when a bottle of $5,800 Japanese whisky that was gifted to former CIA director Mike Pompeo went missing.

Last month, Kirin, one of the largest beer companies in the world, began exporting its whisky to the U.S. for the first time. Also last month, global spirits giant Diageo invested in Japan’s Kanosuke Distillery. And just earlier this week, the news broke that Japan is beginning work on corn-based whiskey (basically bourbon that can’t be called bourbon because it isn’t being made in the U.S.) for the first time.