From Brown to Forman, An Old Forester Of a Tale
Article

From Brown to Forman: An Old Forester of a Tale 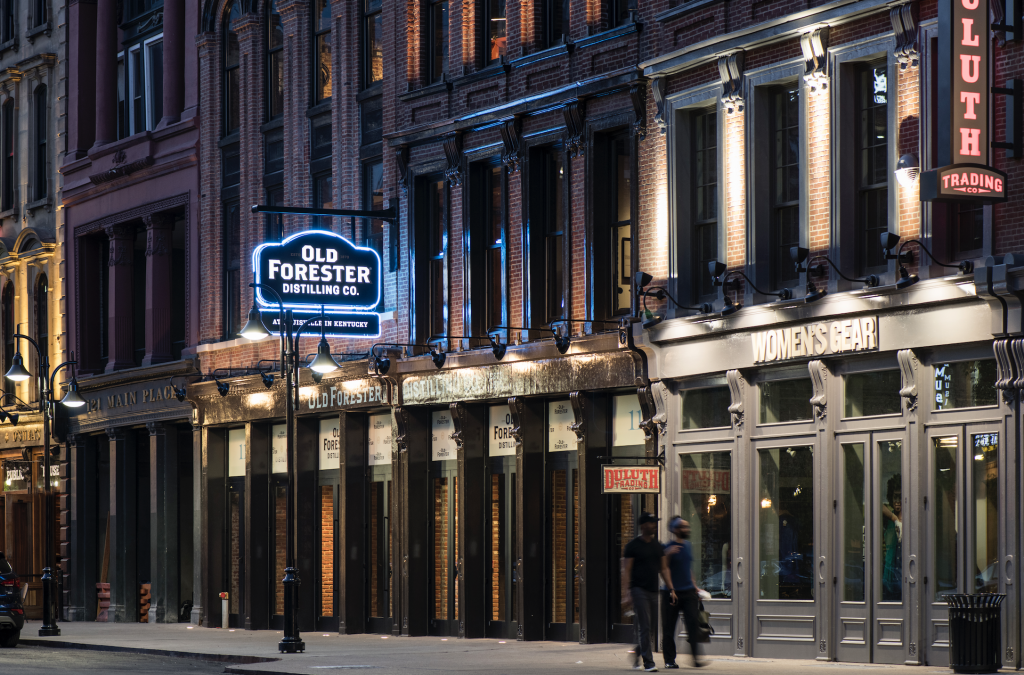 When we, as a whiskey community, think of the big names in bourbon we tend to think of Jim Beam, Heaven Hill, Buffalo Trace, maybe even Wild Turkey. One of the so-called “big boys” that often gets overlooked is Brown-Forman.

“Bourbon’s First Bottler” Brown-Forman remains with Old Forester the longest continually available bourbon on the market. That legacy stretches back to 1870, but we’re going to take a trip even further back.

George Garvin Brown was born in Mumfordville, Kentucky in September 1846. Notably, George was the son of the eponymous JTS Brown and half brother of JTS Brown Jr. Brown became the man of the house at a young age due to his father and brother being sent off to fight in the Civil War. He was actually sent to Louisville to attend Male High School, though left six months before graduation due to an inability for his family to continue supporting him from afar.

George became a pharmaceutical sales representative during his teenage years and one of the many products he was moving was medicinal whiskey.

Now, we can’t move forward in this story without covering a bit about whiskey rectifiers pre-Bottled-in-Bond act of 1897. Distillers, by-and-large, at this time were at the very least attempting to make high quality products. For the most part though, distillers weren’t selling directly to the public, similar to today. They sold their barrels to wholesalers, also known as rectifiers, who might add prune juice; tobacco spit; water; or even iodine to a barrel to add color and volume. This would lead to more money for them, but a despicable product. This is an entire topic worth diving much deeper into, but suffice to say there were issues with trust at this period in whiskey.

[Learn more about the Bottled-In-Bond Act of 1897]

As Brown met with his sales contracts he heard the shouts and complaints about the quality of the whiskey they were prescribing. Due to the rectifiers sometimes the whiskey would be good, bad, or even harmful. This whiskey was being sold by the barrel via the rectifiers and bottling was still too expensive in the 1860s and 1870s. You would have to go and fill a jug up at the general store, tavern, or pharmacy.

Because of all of his experiences, George decided to start a whisky (we’ll get to the spelling later) business with his half brother. JTS Brown Jr. had quite a bit of experience in the whiskey business with a small company of his own.

Together they launched JTS Brown and Brother Co. Originally they started by purchasing barrels directly from the distilleries of J.M. Atherton Co. and J.M. Mattingly Co. and batching it for consistency. From there they would bottle and seal it for the safety and guarantee to their customers. Brown had his signature placed on the label as a guarantee to his word. They would then sell to doctors and pharmacies alone at first but quickly expanded to the public.

The original name for the brand was Old Brown but he quickly decided that name wasn’t appropriate for a bourbon and named it after the famous Louisville physician Dr. William Forrester.

In 1872 JTS Brown & Brother hired George Forman as a salesman, but he would later become the company’s bookkeeper and partner to George Garvin Brown.

The company changed its name to Brown, Chambers & Co. in 1873 when Henry Chambers became a major stockholder in the firm. James Thompson would be hired in 1876 and in 1879 Thompson and Forman formed a sales agency to represent the company.

In 1881 Henry Chambers retired and the company was renamed to Brown, Thompson & Co. with Forman becoming a junior partner.

Finally, in 1890 Thompson sold his shares to Brown and Forman to buy the Glenmore distillery with Brown owning 90% and Forman owning 10%. The company was then, and remains to this day, renamed to Brown-Forman.

Forman passed in 1901 and his widow sold his shares back to the company but they kept the name. In 1902 the company acquired Ben Mattingly Distillery and became the Brown-Forman Distillery Co.

In 1904 Owsley Brown, George’s son, joined the firm and in 1917 when George passed away Owsley took over the company. Owsley was a keen businessman and in 1920 secured one of only ten federal permits to distribute, store, and produce whiskey for medicinal purposes during prohibition.

This left Brown-Forman as one of the only distilleries with aged stock coming out of prohibition in 1933. Despite that their sales were not as expected going into 1934 and Brown offered up half his shares to investors.

In 1940 Brown-Forman purchased the Old Kentucky Distillery in Louisville which is the Old Forester Distillery today. In 1941 they purchased the Labrot and Graham Distillery that would become the Woodford Reserve Distillery before moving into World War II industrial alcohol production.

1945 came along; Brown founded the Bluegrass Cooperage which is still in use today producing the barrels for Brown-Forman. They made their first attempt at buying the Jack Daniels Distillery in 1950. They would eventually successfully purchase it in 1956.

Lincoln Henderson, beginning in 1966, would start his 40 year tenure at Brown-Forman becoming one of the most prolific Master Distillers in history. He oversaw all of the major brands up through Woodford Reserve before retiring in 2006 (to then form Angel’s Envy with his family). The man is a legend and deserves his own writeup!

The B-F brand actually sold the land for Labrot and Graham in the 1960s and would reacquire it in 1993 forming the Woodford Reserve Distillery and introducing the brand in 1996.

Brown-Forman is still family operated and owned and is one of the largest companies in the spirits and wine business today despite a surprising sale of Early Times in 2020. As with any company there have been many successes and many failures (the word Frost is banned by the company for a reason) along the way but by and large Brown-Forman has done incredible both in the bourbon space and outside of it!