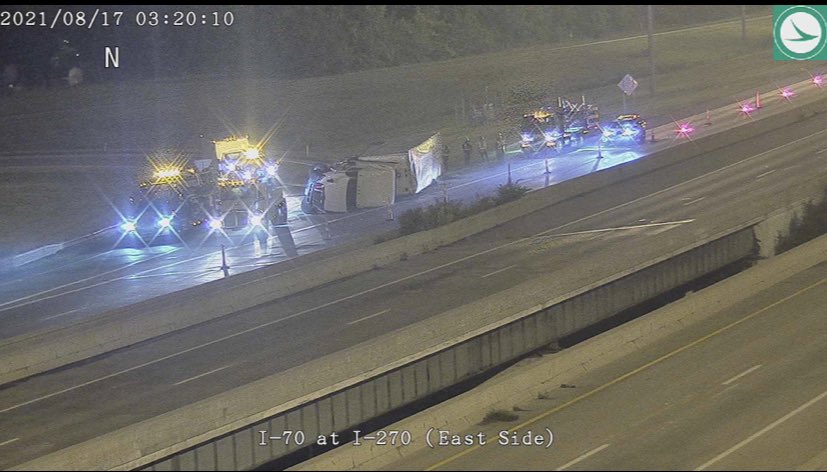 Every now and then, material tragedies come along.

Around 0230am this morning in Columbus, Ohio, a semi truck carrying literal tons of glass was involved in an accident, causing it to overturn.

EAST SIDE: The RAMP from I-70 WB to I-270 SB is CLOSED due to a crash involving a semi truck. The ramp is expected to remain closed through the morning commute. Follow OHGO for updates. pic.twitter.com/OE56ejjYtq

We’re still waiting for additional detail regarding the ‘how’ of the overturning. The driver of the semi truck was taken to the hospital, with only minor injuries. No other injuries or individuals were reported being treated for injuries – an observation that initially points out this may be an isolated motor vehicle incident.

The glass in question was thankfully empty – thousands of empty Jack Daniel’s bottles were spread across the freeway. Thankfully, no whiskey was hurt in the incident, although the wreck may introduce a small wrinkly in the Brown-Forman owned distillery’s supply chain.

Jack Daniel’s is a Tennessee based distillery, primarily known for their production of Jack Daniel’s Old No.7 whiskey. Old No. 7 is the best selling American Whiskey in the world, with reported sales around 12.3 million cases per year. Thankfully, this statistic can give fans of the brand hope that they are unlikely to experience a shortage or lack of supply due to a single lost lot of bottles.