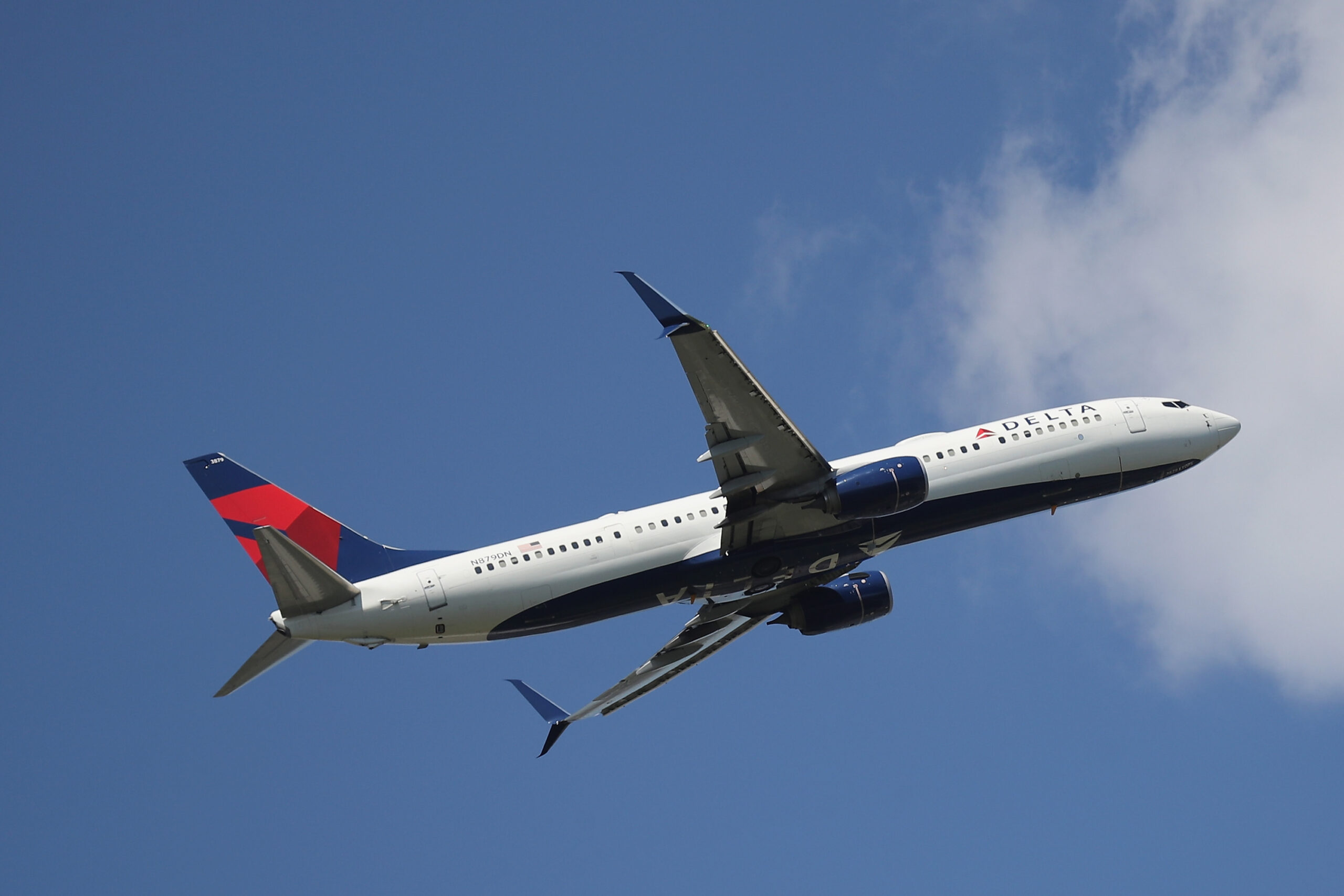 A Boeing 737-932ER operated by Delta Airlines takes off from JFK Airport on August 24, 2019, in the Queens borough of New York City. (Photo by Bruce Bennett/Getty Images)

As COVID-19 restrictions, particularly mask requirements, continue to be lifted, airlines once again are allowing booze to be served on flights. But is that a wise decision? Alcohol was taken off of flights originally because it was increasing poor passenger behavior, especially those who were angry over mask mandates. But just because mask mandates are disappearing doesn’t mean rowdy passengers won’t find something to be upset about.

On Tuesday, the Washington Post reported that a Delta passenger sitting in first class assaulted a flight attendant who wouldn’t serve him a second alcoholic drink. The passenger called the flight attendant homophobic slurs, threw ice at him and hit him in the chest with a phone, according to an arrest affidavit. The passenger was arrested by the FBI.

The passenger, Christopher Alexander Morgan, was flying home to Arizona from Atlanta on Friday when the incident occurred, an FBI report says. Before takeoff, Morgan reclined his first-class seat all the way back and refused to fasten his seat belt. One of the flight attendants had to push the button on the seat to move it upright.

“Morgan called H.D. the f-word and a ‘queer’ and threw a glass of ice at H.D.,” according to the affidavit.

When a flight attendant to the galley area to tell the pilot by phone what was happening, Morgan allegedly left his seat, grabbed the phone and hit him in the chest with it.

“Delta has zero tolerance for unruly behavior and discrimination at our airports and aboard our aircraft and takes all reports of such behavior seriously, especially when directed at our employees,” Delta said in a statement, according to the Washington Post. “Nothing is more important than the safety of our people and our customers.”

Delta and American Airlines were both liquor-serving holdouts for some time, waiting to resume the sale of alcohol on their flights until this month. United Airlines resumed inflight alcohol sales in October. Southwest announced plans to do the same in January and received blowback from the union representing its flight attendants.

In December, Massachusetts Sen. Ed Markey called for a ban on airplane alcohol sales, citing high tempers over mask mandates from passengers whose anger is intensified by inebriation.