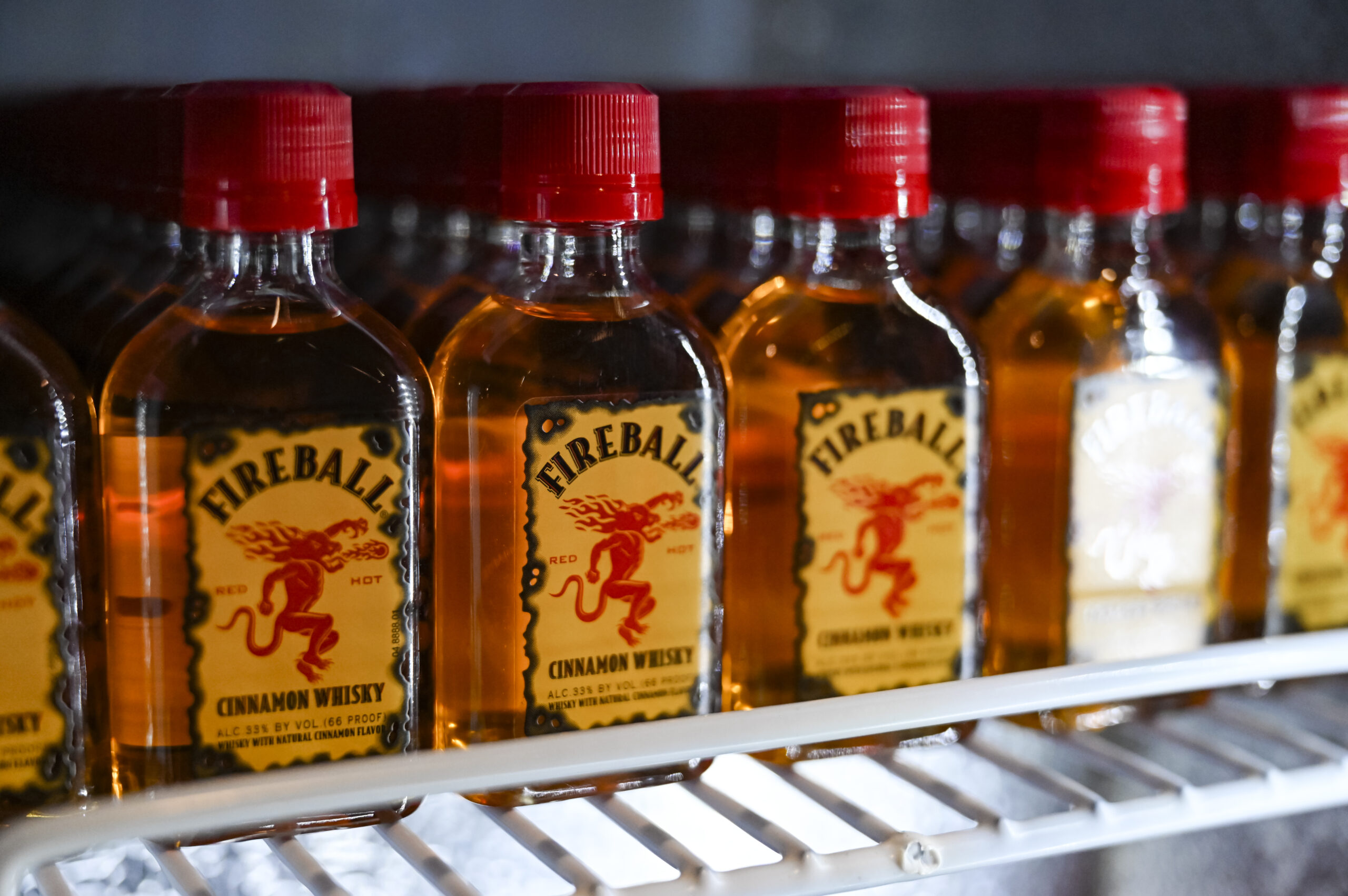 Miniature bottles of Fireball Whisky on display during the 2022 Bar & Restaurant Expo and World Tea Conference + Expo at the Las Vegas Convention Center on March 23 in Las Vegas, Nevada. Is Fireball Whiskey? Read on to find out. (Photo by David Becker/Getty Images for Nightclub & Bar Media Group)

However you feel about Fireball Cinnamon Whisky, which most people either love or despise, there’s no denying its popularity. The sweet, sugary liquid has become one of the most popular drinks to down — particularly in shot form — whether at a bar or college party. Fireball even came out with a keg of the stuff last year. But what is Fireball, really? It calls itself Cinnamon Whisky, but what does that mean? The sugary-sweet drink certainly doesn’t taste like your average whiskey.

Fireball may call itself a “whisky” because there are no regulations that brands must follow to call label their products as such, beyond being made from a whisky base.

However, Fireball cannot legally call itself a Canadian Whisky, despite Canadian Whisky being its main ingredient. Likewise, if the whisky used in Fireball were from elsewhere in the world, it also wouldn’t be able to call itself a Scottish whisky, Irish whiskey, Japanese whisky, American whiskey, bourbon whiskey or rye whiskey, either. This is because just about anywhere in the world, whiskey must contain at least 40% ABV. Fireball is only bottled at 33% ABV, meaning it is not strong enough to be considered whiskey.

Beyond the ABV level, Fireball is sweetened, which places it in the category of flavored whiskey. In the U.S., where Fireball is made, flavored whiskey must contain at least 30% ABV and include its predominant flavor in its name. This is why Fireball may call itself whisky and explains why it calls itself “cinnamon whisky.”

Fireball Cinnamon Whisky may seem relatively new, due to its popularity in recent years. However, it was actually developed in the mid-1980s in Canada in the mid-1980s. It was initially a line of flavored schnapps developed by Seagram’s, but Sazerac Company purchased the brand rights and formula in 1989. The product was called Dr. McGillicuddy’s Fireball Whisky until 2007, when it was rebranded as Fireball Cinnamon Whisky.