A familiar face is releasing a brand new product at Old Forester in Kentucky. Jackie Zykan, the bright mind and exceptional palate behind many current successes in the Old Forester portfolio, is the focus of a new bottling: The Old Forester 117 Series. Bearing the first signature from a woman on the label for the first time in distillery history, The 117 Series is notable in more ways than one.

According to Old Forester, “High Angels’ Share showcases a selection of barrels which lost exceptional volume to evaporation in the aging process, resulting in a bourbon that is rich and multidimensional, layered with dark flavor notes, dried fruits, and unexpected herbaceous qualities. Given the dense concentration of flavors in the liquid, air, water or ice cube allow this whisky to open and unveil unorthodox character. This release examines the unfettered qualities presented in low-yield barrels, showing Old Forester consumers an unencumbered look at this specific facet of the aging process. This singular release is presented at 110 proof.”

The Angel’s Share is an industry term regarding what’s been lost in evaporation while bourbon ages in rickhouses and warehouses. Devil’s Share is less well known, but often used to signify the bourbon that remains saturated in the barrel itself after dumping. High Angels share in this case makes it clear that more evaporation occurred than was expected, making these barrels particularly precious. 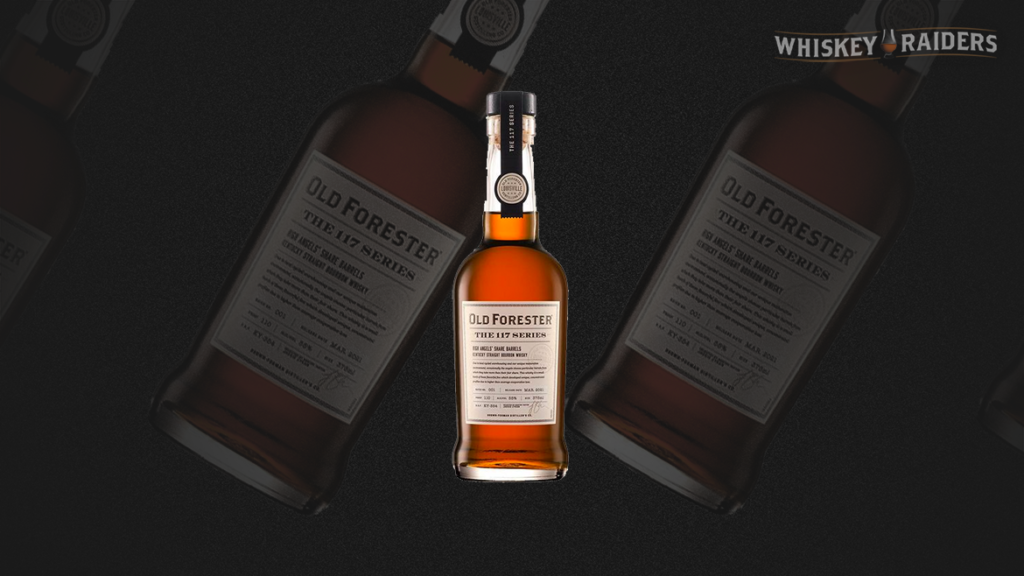 The distillery aims to make the release widely available on premise – though there is no telling how well that plan will work as bourbon continues to explode in popularity, making limited edition supply a tough pain point to crack.

Here at WhiskeyRaiders, we’ll have our own tasting notes shortly, but in the meantime, here are Old Forester’s press tasting notes below:

The 117 Series releases will be sold for a suggested retail price of $49.99 at Old Forester Distilling Co. and in limited quantities at select Kentucky retailers. For product locator, availability and information on the upcoming releases from The 117 Series, sign up for the email list at OldForester.com