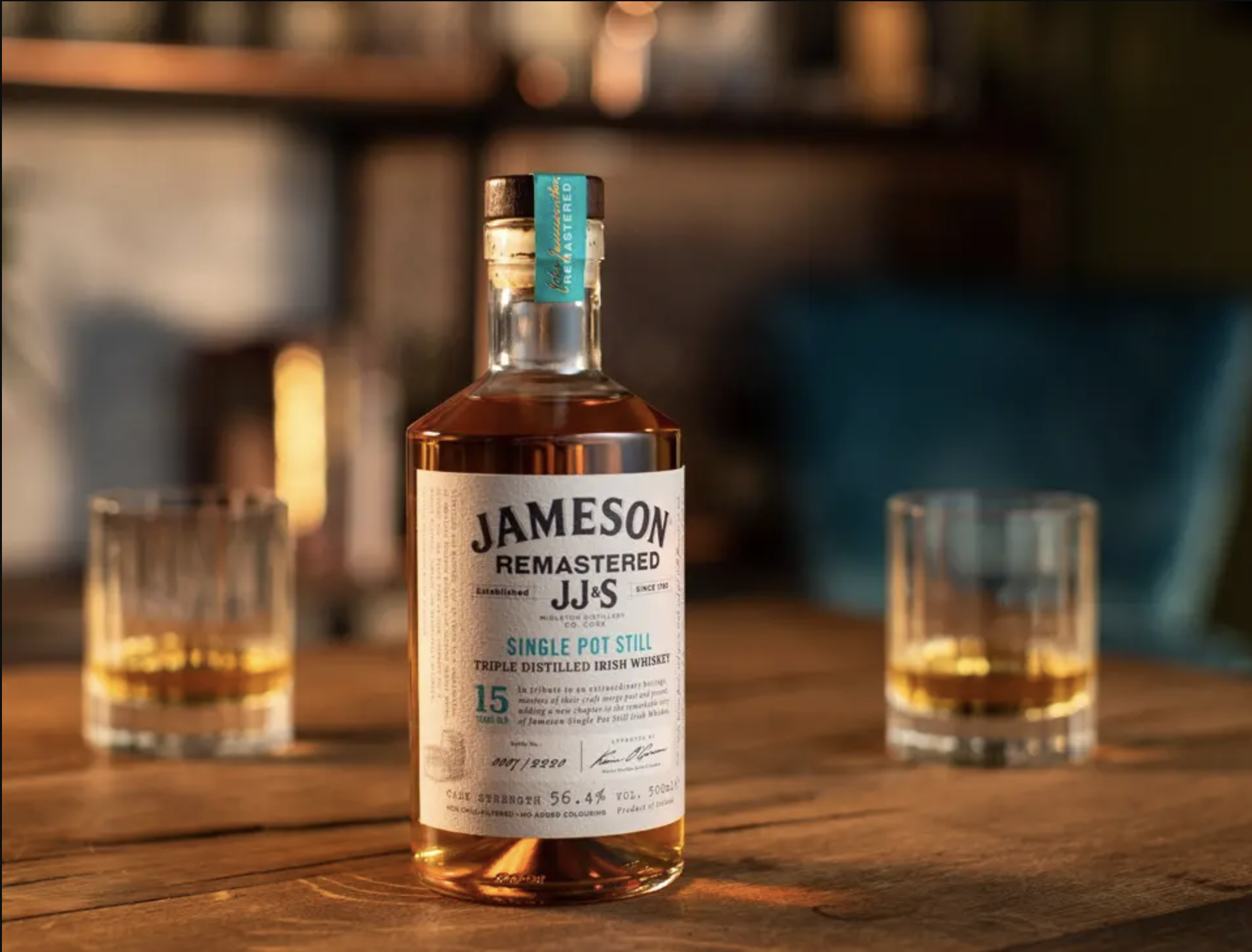 Popular Irish whiskey brand Jameson announced Wednesday the launch of the Jameson Anthology series, a collection of limited-edition Irish whiskeys that celebrate discontinued whiskeys by reinventing them with modern techniques, according to Irish Whiskey Magazine.

This pot still whiskey serves as an homage to Jameson’s history by featuring a “significant contribution of sherry casks” and featuring packaging intended to appeal to the nostalgia of Jameson fans. The bottles are wrapped in newspaper, “with one side uncovering Jameson’s heritage and the other marking the present day and comes in recyclable honeycomb cardboard packaging.”

The first ballot will open to members of Barrel Club Midleton Distillery at 9 a.m. Irish Saving Time on April 4, and the second ballot will open to all other whiskey fans at 2 p.m. April 8. Shipping will commence at the end of April. To enter the ballots, head over to Jameson’s website.

“It’s been more than two decades since the last Jameson 15 Year Old was created and it has been a great opportunity to remaster this classic whiskey,” Master Distiller Kevin O’Gorman said. “For this limited-edition bottling, we seized the opportunity to combine the traditional single pot still style with the strong influence of the sherry casks, which was integral to historic whiskey production. We’re confident to have developed a contemporary iteration of Jameson 15 Year Old that pays tribute to the torch bearers who put Irish whiskey on the map, whilst nodding to the current generation of talented craftspeople at Midleton Distillery. We can’t wait for Jameson fans to sip, savour and enjoy it to the very last drop.”

The second volume will be Jameson Remixed, which will “explore and experiment with new tunes from Jameson for an altogether different take on the classic Irish icon,” according to a news release.

Taste: Robust and spicy with the pot still influences to the fore accompanied by the oak’s tannins alongside silky, textured layers of sweet dairy fudge and vanilla. Soft fruit notes of cherry are intertwined with fig and plum.

Finish: A rich and lasting finish with the duo of fruit and spices lingering before the toasted oak’s drying tannins have the last word.