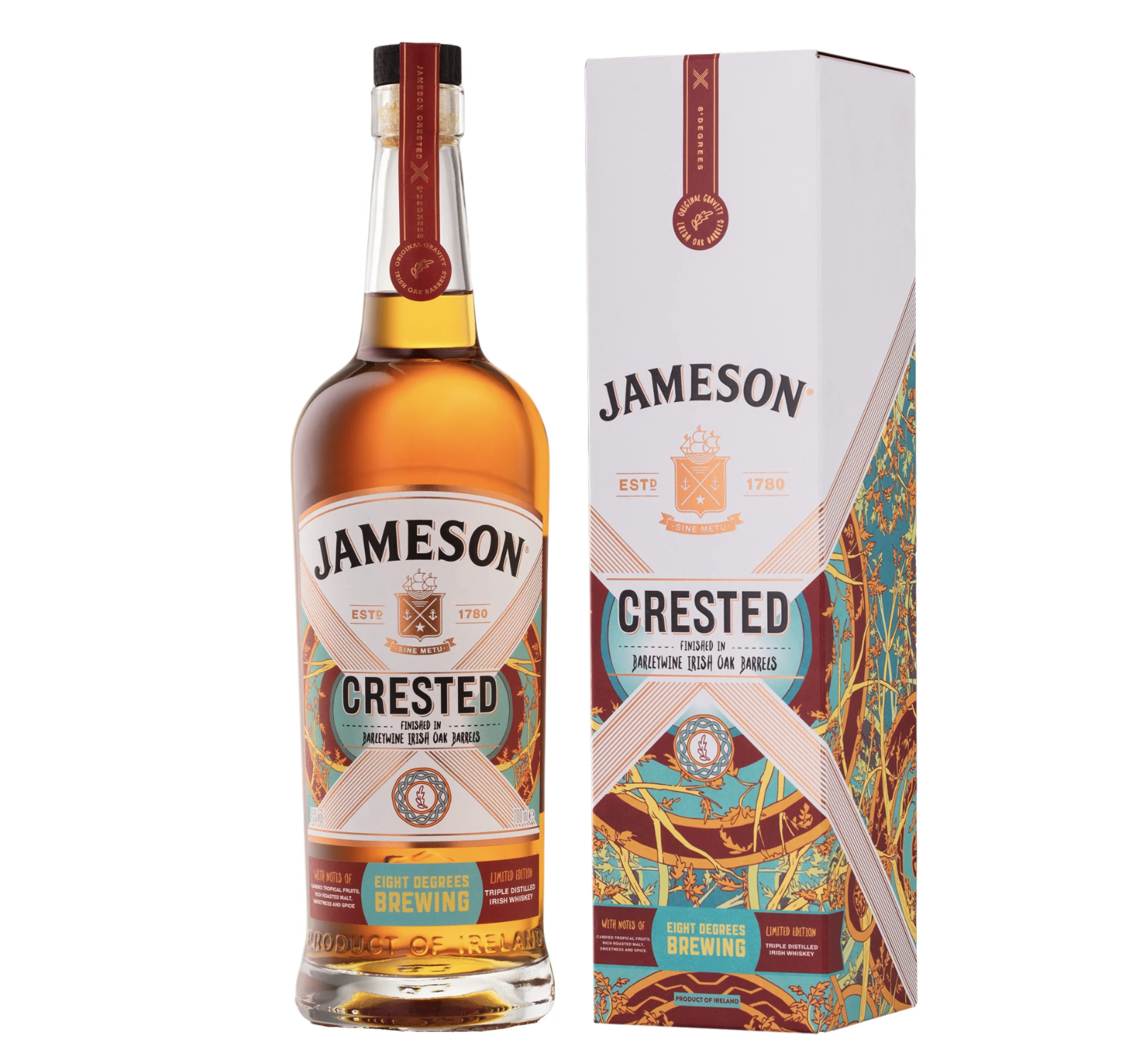 Jameson Crested Finished in Barleywine Irish Oak Barrels began with a selection of Irish oak barrels from Midleton Distillery. The barrels then rested in barleywine for 12 weeks to produce a beer infused with whiskey flavors — Eight Degrees Original Gravity Barleywine. After those barrels were emptied, they were returned to Midleton and filled with Jameson Crested. The whiskey matured for three additional months in the barleywine barrels before being bottled at 90 proof.

“The result is an elevated Jameson Crested with a rich malt flavour profile and notes of toasted almonds and sweet candy floss,” Jameson wrote on its website. “Bottled at 45% ABV, it perfectly balances generous oak tannins and dried fruits with cereal notes and nutty undertones from the barleywine for a full-bodied and luxurious flavour.”

Nose: Candied tropical fruits to the fore, complemented by a rich roasted malt character with toffee apple and vanilla, while dried fruit notes of raisins linger gently in the background working in tandem with the seasoned Irish oak.

Finish: Lasting finish which sees the influences of the wood and the barelywine seasoning accompany the fruits until the very end.