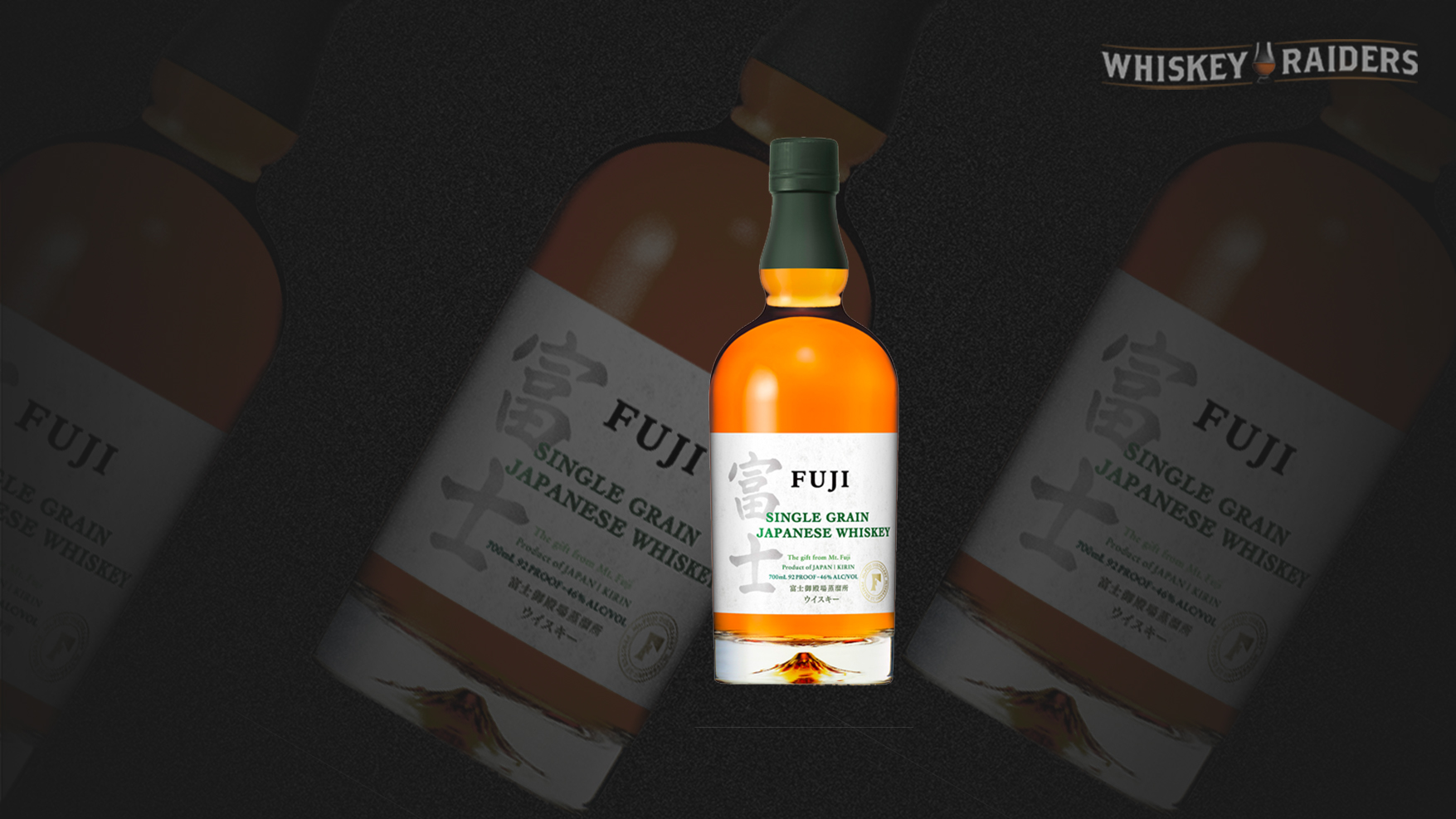 The U.S. long has had access to Kirin’s beer, but now, for the first time, the Japanese brewery is exporting its whiskey to the states. (Image via Kirin)

Kirin Brewery is known best for its beer. As of 2020, it was the fourth-largest beer company in the world, according to Statista. Lesser known is that Kirin also produces whiskey. The U.S., which has imported Kirin’s beer since at least 1987, now has a chance to acquire a taste for the company’s whiskey, too.

Kirin announced last month that the export of its single-grain whiskey, made at its Fuji Gotemba distillery, to the U.S. would begin in September. The whiskey, called Kirin Single Grain Japanese Whiskey Fuji (or just Fuji, for short), proofed to 46% ABV and will be available in 12 U.S. states, which have yet to be announced. The suggested retail price is about $95 for a 700-milliliter bottle. Fuji was released in April 2020 in Japan and is a combination of three types of grain whiskey.

Fuji is made with pure water from Mount Fuji, the highest mountain in Japan. The distillery sits at the foot of the mountain.

According to a news release, Fuji is characterized by fruity, orange and grape flavors, and the taste of the exported whiskey will not be altered from what is sold in Japan.

Kirin recommends drinking Fuji in a Sauvignon Blanc wine glass with a single, small piece of ice, as the shape of the glasses “allows the drinker to experience the best of Kirin Single Grain Japanese Whiskey Fuji,” the news release said.

The rise of Japanese whiskey

Kirin picked the perfect time to begin its export to the U.S. Japanese whiskey is red-hot. From 2010 to 2020, the U.S.’s import of Japanese whiskey lept from about $1 million to $67.4 million, according to the Distilled Spirits Council of the United States, and there is no indication that trend will reverse or slow down. Japanese whiskey made waves in the news last month when a bottle of $5,800 Japanese whiskey — gifted to former Secretary of State Mike Pompeo — went missing.

With a behemoth like Kirin getting its foot in the door with the U.S., Japanese whiskey’s popularity in the states is likely to continue its upward trajectory.