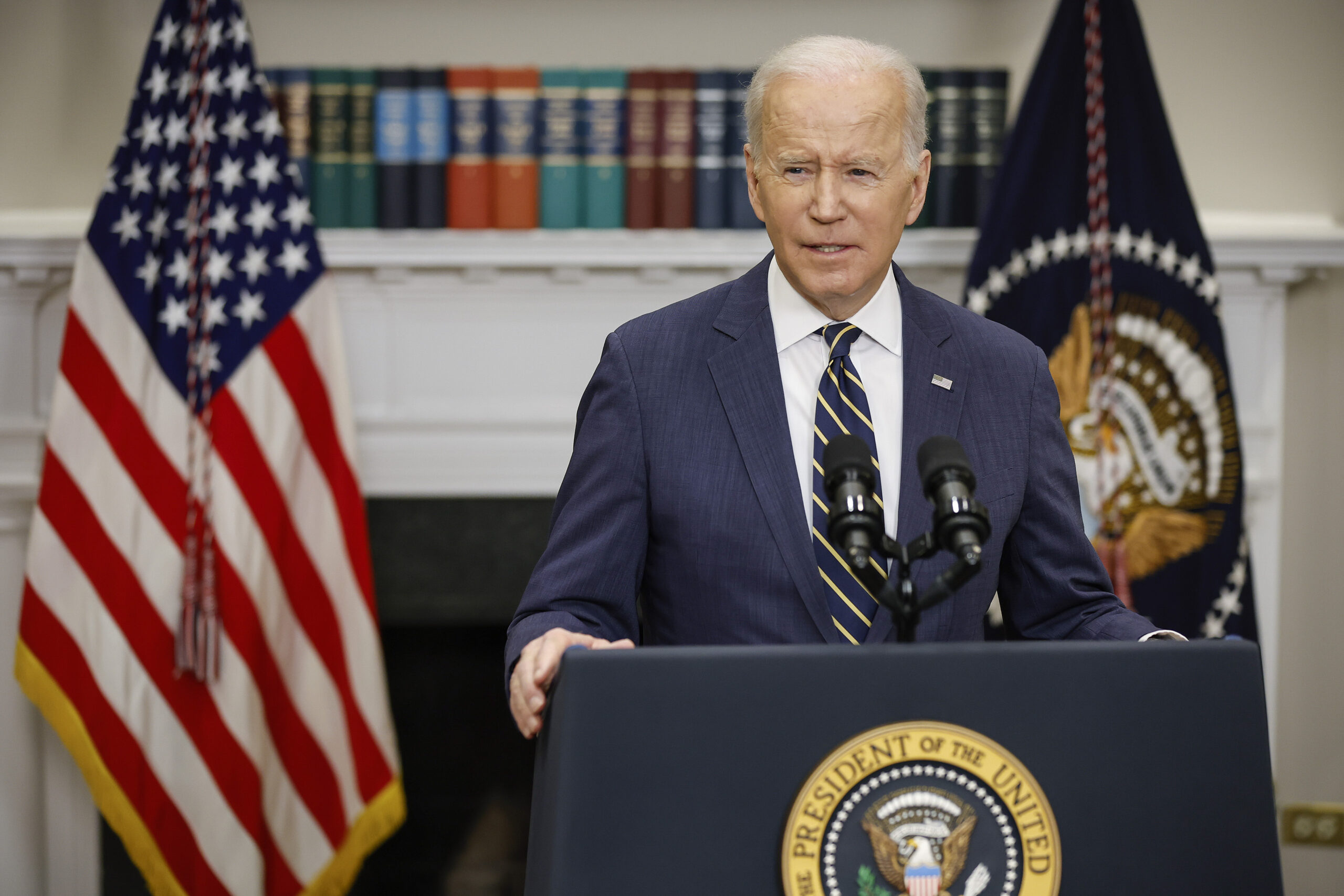 U.S. President Joe Biden announces new economic actions against Russia in an executive order on Friday in the Roosevelt Room at the White House in Washington, DC. (Photo by Chip Somodevilla/Getty Images)

U.S. President Joe Biden on Friday issued an executive order blocking U.S. imports of key Russian products, including vodka, and banning exports of high-end goods (such as top-shelf liquor, watches, clothes, jewelry and luxury vehicles) to Russia, according to CNBC.

The order bans imports from essential sectors of Russia’s economy, such as seafood, alcohol and nonindustrial diamonds. The intended consequence of the order is blocking more than $1 billion in Russian revenues and helping ensure American citizens are not “underwriting” President Vladimir Putin’s war in Ukraine, the White House said, per CNBC.

The new export restrictions are valued at nearly $550 million per year.

“They’re not the last steps we’re taking,” Biden said in a speech at the White House on Friday. “Putin is the aggressor, and Putin must pay the price.”

These economic restrictions are a response to the nation’s decision to invade Ukraine.

Even before this executive order came into being, government-run liquor stores in many U.S. states (and Canada) had halted sales of Russian booze. Bars and restaurants joined in as well, with one Vegas pizzeria dumping its Russian vodka out and replacing it with Ukrainian liquor.