‘Be Thankful and Proud of Who You Are’: 5 LGBTQ+-Owned Whiskey Brands to Support Long After Pride Month 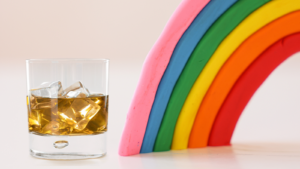 More and more distilleries are coming out of the closet, so to speak. LGBTQ+-owned whiskey brands are on the rise, and they’re here to stay. As Pride Month comes to a close, we wanted to highlight five brands worth supporting well beyond June. Whether you’re looking for a new whiskey to try or you’re simply interested in supporting LGBTQ+-owned businesses, these brands are worth checking out all year long. 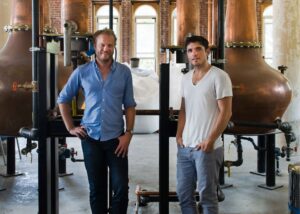 Kings County Distillery‘s straight bourbon is made from New York State organic corn and malted barley from the U.K. It is twice distilled in copper pot stills and then aged in new charred oak barrels. It takes at least two years to age this bourbon, during which it develops a rich aroma of fresh corn, balanced with the sweet caramelized oak sap from small barrels, according to the brand. The whiskey also has a very strong sweet base with flavors of vanilla and caramel, a deep molasses taste and a smooth finish with hints of cinnamon and autumn spices.

“We are very proud to distill our products from scratch entirely in New York City and our whiskeys aim to represent the diversity and multiplicity of NYC,” a representative from the company told Whiskey Raiders. “New York has a great history of welcoming everyone from around the world, and through that diversity comes incredible strength, resilience and excellence. Pride began in NY and as a business we have gay ownership, queer staff, and proudly welcome everyone at our tasting room. Bourbon, in particular, has a history of exclusion and we hope we can contribute to a new era for American whiskey that belongs to everyone.” 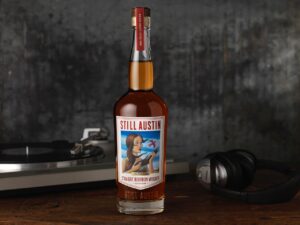 Chris Seals is the co-founder and CEO of Still Austin Whiskey Co. He is openly gay, as is the company’s Master Blender Nancy Fraley.

In addition to being passionate about making great whiskey, Seals is passionate about the belief that everyone should be able to feel comfortable and empowered in their work environments, no matter their sexual orientations or gender identities. As one of the few openly gay CEOs in the spirits industry, he is a powerful voice for change.

“The single biggest reason I got into the whiskey business was to build a closer relationship with my dad. After I came out, he had a difficult time accepting that he has a gay son,” Seals said. “Starting Still Austin Whiskey together has brought us closer than ever before. It’s been great to feel the pride my dad feels in what we are building together – and in his gay son. For anyone thinking of getting into the spirits industry, my advice is simple: Be thankful and proud of who you are. Let it shine. I’m so fortunate and happy to add to the vibrance and diversity of a wonderful whiskey community.”

The distillery produces a wide range of spirits, including Borough Bourbon, Chapman’s Apple Brandy, Civic Vodka, Madam and Purpose Rye. All of the distillery’s products are made using locally sourced ingredients, and everything is done by hand, from milling the grain to bottling the finished product. As a result, each batch of spirits is unique.

“We are Republic Restoratives Distillery. We celebrate an outspoken and disruptive attitude towards the production of quality American spirits. In life and business, we are inclusive but opinionated,” a representative from the company said. “We are founded by friends, women-owned and led, funded by the community and unafraid of challenging convention. Working with us means betting on the underdog. We aren’t defined by being women-owned or crowdfunded, but it’s the heart and hustle of our company.” 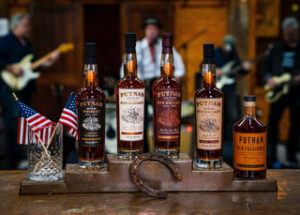 Boston Harbor Distillery opened in June 2015, reviving an entrepreneurial center from the mid-1800s. Boston Harbor Distillery creates proprietary craft spirits that integrate rich history, distinctive experiences and beverage culture into each bottle it produces. Housed in a pre-Civil War-era building overlooking Boston Harbor, the distillery serves as a distilling facility, tour center, cocktail lounge, music venue, private event space and mercantile. The distillery offers tours of the facility, tastings of its craft spirits and cocktails made with its spirits.

“[The distillery] is designed to be an inclusive community gathering place for all, especially those interested in history, entrepreneurship, whiskey and other well-made craft spirits,” a Boston Harbor Distillery representative told Whiskey Raiders. “Come raise a glass or two with us.” 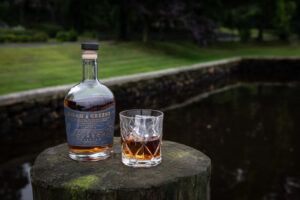 Milam & Greene is a distillery located in the Texas Hill Country that was founded by Marsha Milam, Heather Greene and Marlene Holmes. The distillery sources grains, yeast and barrels from all across America to create their award-winning whiskies.

Some of the accolades that Milam & Greene has received include multiple gold, double gold and platinum awards from credible spirits competitions. The hot summers, mild winters and wild temperature variances in the Texas Hill Country add spark and personality to the spirit produced by Milam & Greene.

Milam & Greene distillery produces a variety of bourbons, ryes and other whiskeys. The Triple Cask Bourbon is a blend of three different bourbons, each aged in a different type of cask. The Port Finished Rye is aged in port barrels, giving it a unique flavor. The Single Barrel Bourbon is aged in a single barrel for a minimum of four years. The Castle Hill Series is a limited edition release that is only available at the distillery. The Distillery Edition 2 is the second release in a series of limited-edition whiskeys. The first release, Distillery Edition 1, sold out quickly.