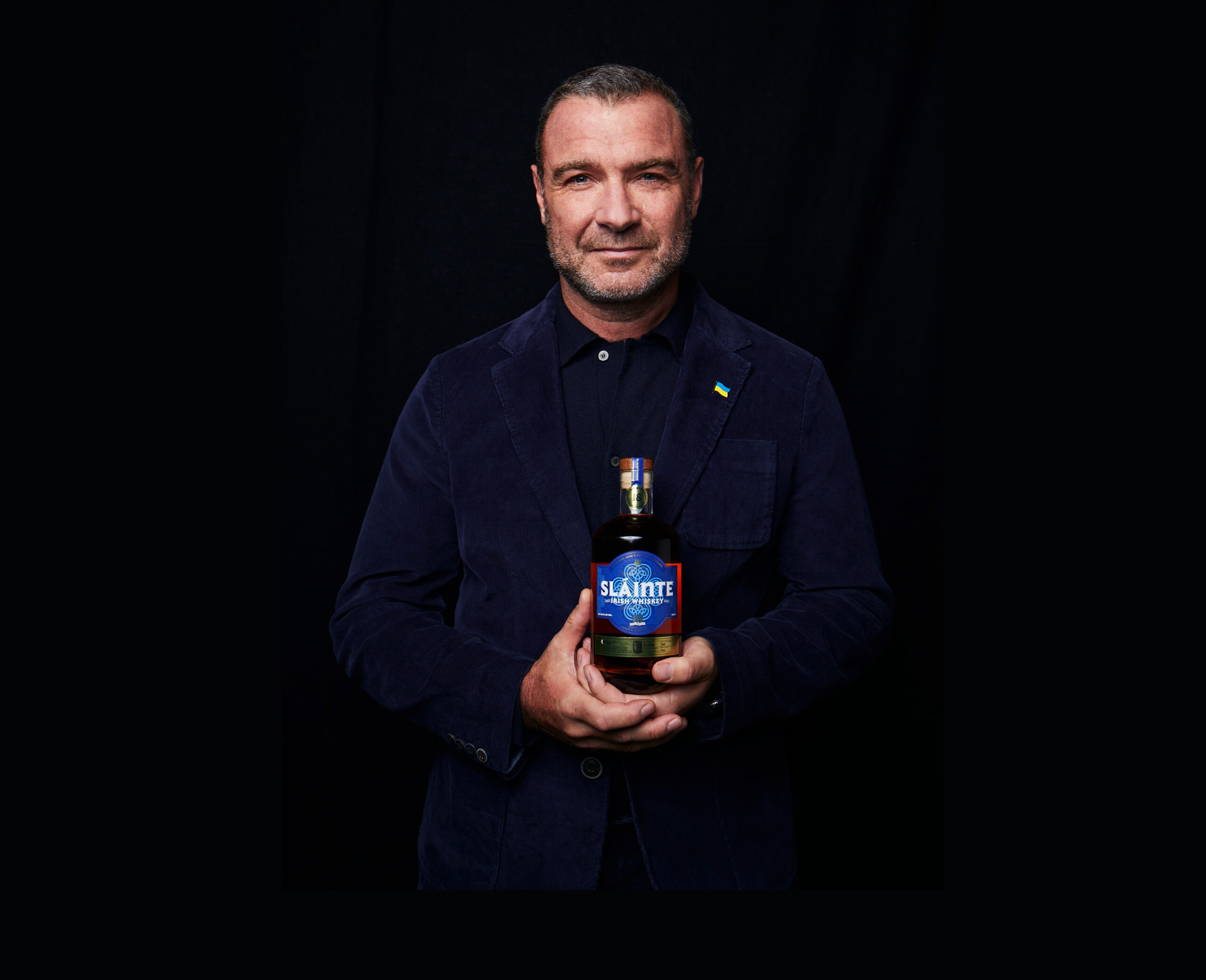 “I couldn’t be more thrilled with the product and brand we’ve created,” Davies, co-founder and CEO of Sláinte, said in a news release. “Not only is Sláinte an exceptional, top-of-the-line whiskey but the purpose-led brand nods to the uplifting spirit of Ireland and a collective global community by providing aid to BlueCheck via our special edition 18 year old limited release. The brand brings people together in the moment of a toast, and Sláinte makes that moment more meaningful”

One hundred percent of the proceeds from each bottle of 18-year-old whiskey sold will be given to BlueCheck Ukraine.

Co-founded by Schreiber, BlueCheck is “a collective of humanitarian crisis response experts, entrepreneurs, and filmmakers with decades of experience addressing the needs of conflict-affected populations and documenting solidarity movements countering oppression.”

Crafted, distilled and matured in Ireland, Sláinte is aged in American bourbon oak barrels and finished in sherry casks.

Sláinte (pronounced Slahn-cha) translates to “good health” and is used in Ireland and beyond as a way of saying “cheers!” in toasts.

“This brand began with an act of charity and as far as I’m concerned that’s an auspicious start,” Schreiber said. “The cask of insanely delicious 18 year old single malt that Richard donated to Bluecheck was completely unexpected and hopefully the beginning of something we will be doing for many years.

“I love the idea of building a brand that stands by its commitment to bring people together in more ways than one.”

The brand’s master distiller is Brian Watts, who has been the distillery manager at Ireland’s The Great Northern Distillery since 2017

Schreiber is known for his roles in “Spotlight,” “X-Men Origins: Wolverine,” “Don’t Look Up,” “The Manchurian Candidate” and more.