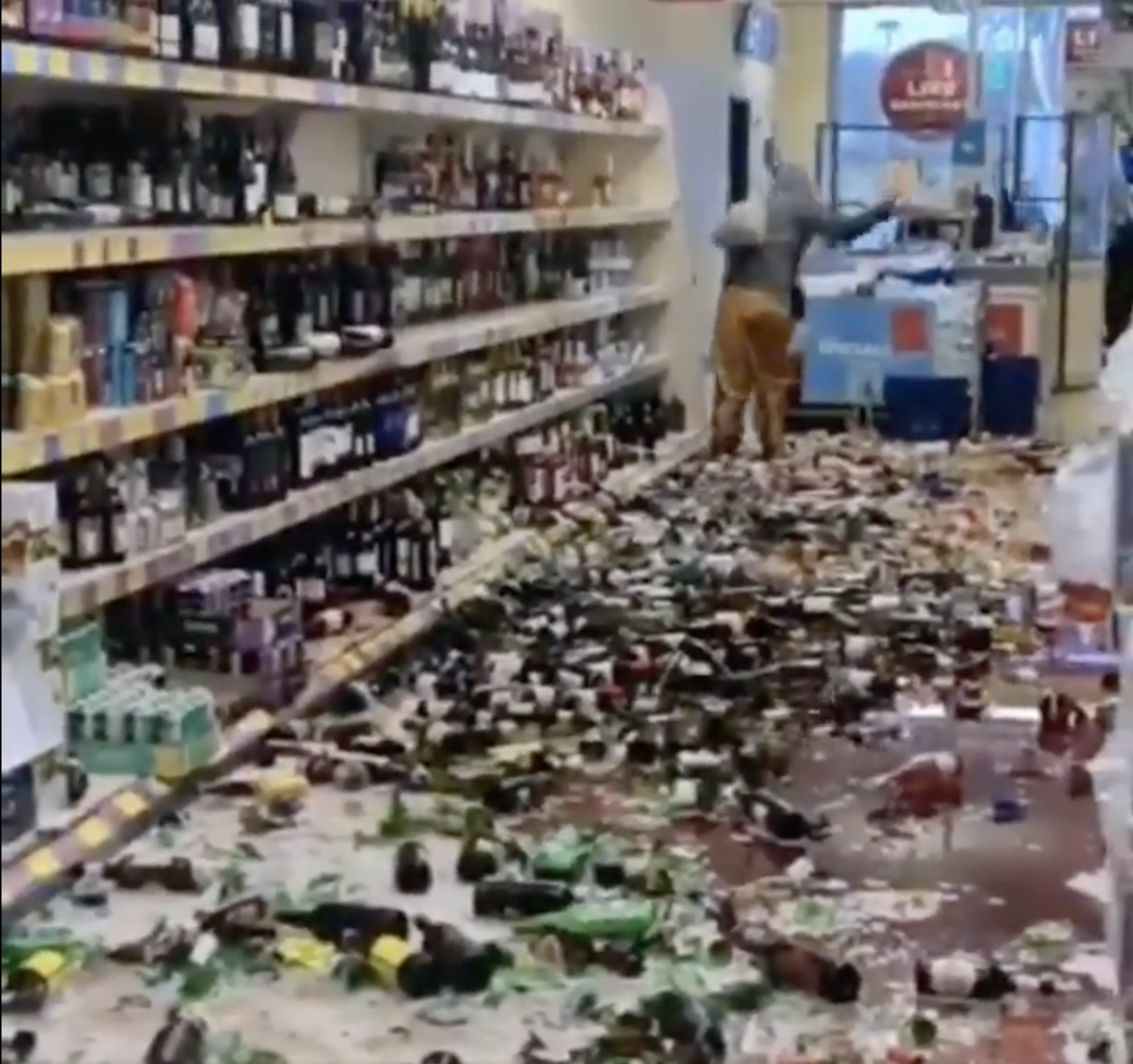 Barbara Stange-Alvarez is shown smashing liquor bottles in an Aldi in November 2020 in Stevenage, England.

A woman in Stevenage, England, has been sentenced after throwing hundreds of bottles of alcohol onto the floor of an Aldi supermarket. The incident occurred in November 2020. The woman made racist remarks at a security guard when apprehended.

The woman, Barbara Stange-Alvarez, slipped and cut her hand on the shards of glass, according to Daily Mail Plus. The floor was slippery after all of the smashed bottles had their contents spilled on the floor.

Stange-Alvarez was detained and allegedly told the security guard: “You Indian people. I pay my taxes for you to be in this country. Go back to your own country, I hate Indians.”

She said that lots of things affected her in 2020, including her unemployment. She told the judge that such an incident would not happen again and that she was now on medication that “stabilized” her.

The judge credited Stange-Alvarez for her guilty plea and noted that she had no prior charges. He sentenced her to 12 months in prison, a sentence suspended for 18 months. He also ordered her to pay Aldi £5,000 ($6,812) in compensation, plus £85 ($116) in court costs. She was made the subject of a Mental Health Treatment Requirement and a Rehabilitation Activity Requirement.