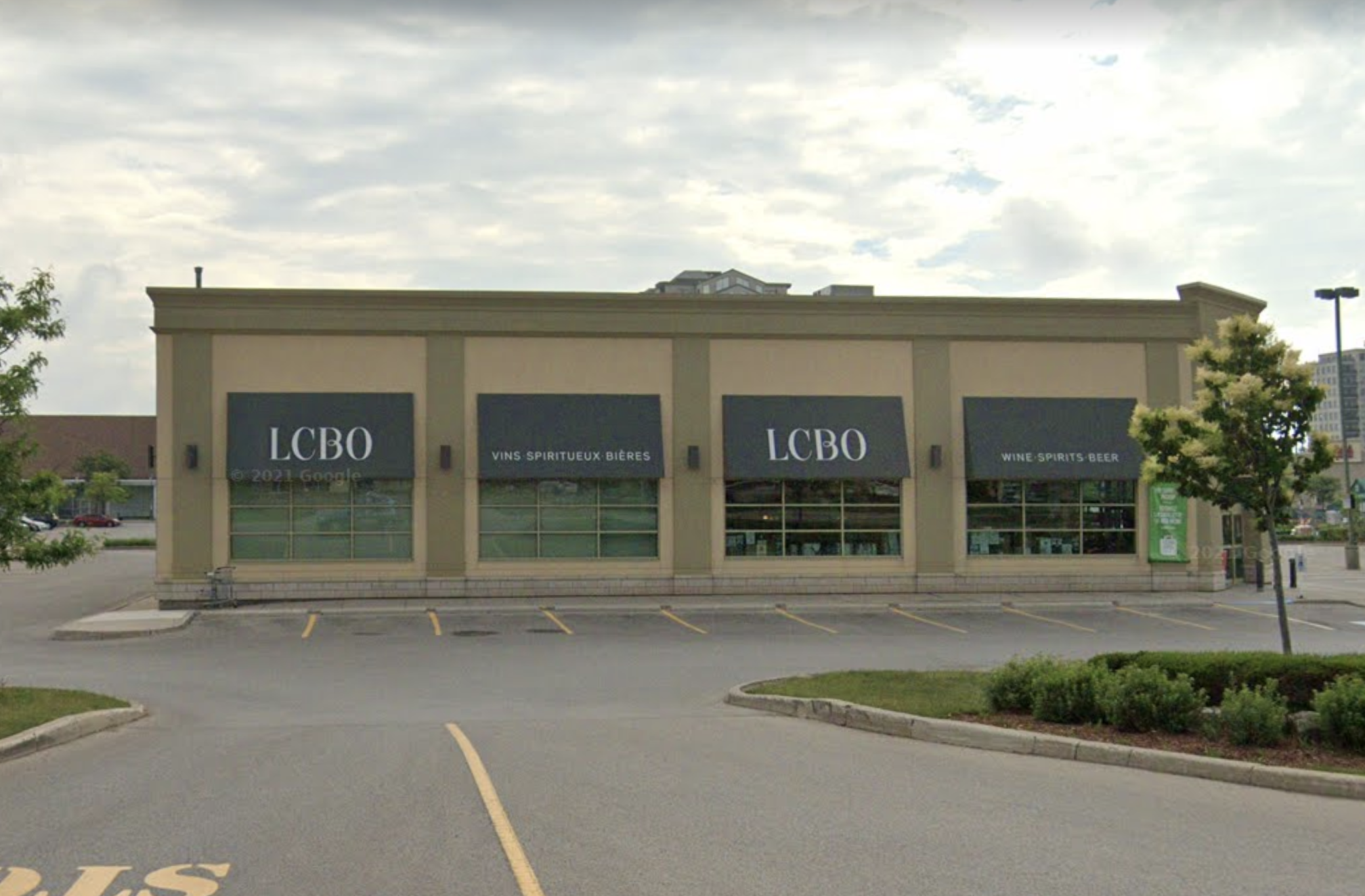 This image of the LCBO at 3050 Wonderland Road South, London, Ontario, Canada, the first location ransacked, was captured via Google Street View.

A 27-year-old Canadian man faces charges after smashing sprees at two liquor stores and a theft at another store.

A man entered an LCBO liquor store in southwest London, Ontario, about 10:15 a.m. Monday, pulled out an ax and smashed bottles in the store, London police said, according to the London Free Press.

No one was hurt, but the properties sustained damages estimated at $19,200, according to Blackburn News. Police said the suspect fled the scene and was arrested a short while later.

About three days later, the same man entered another LCBO location in south London, this time with a metal pipe, which he used to smash windows of the store. He also threatened a staff member before leaving, police said. From there, he entered a different business and stole multiple items. Police later found and arrested the man (again).

Now, he is charged with two counts of mischief over $5,000, assault with a weapon, possession of a weapon dangerous to the public, uttering threats causing bodily harm, and theft under $5,000.

The man is scheduled to appear in court Dec. 31.

In other booze-crime-related news, Sacramento, California police recently found nearly 700 bottles of stolen booze during a raid of a stash of retail thieves who recently were arrested.