‘The Best Whiskey for Women is One That is Made by Women’: Lynxx Spirits Embraces Major Shift in Bourbon Culture by Targeting Female Drinkers 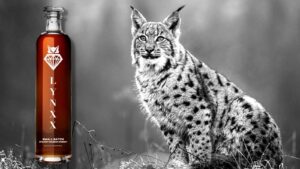 Rachel Svoboda founded Lynxx Spirits with a female empowerment lifestyle in mind. This bourbon was made for women, by women, with women’s taste preferences in mind. “The best whiskey for women is one that is made by women.” Quotes the Lynxx Spirits website, which also notes that the brand used exclusively female testers were also used as the primary audience for feedback.

The Lynxx team has also done their research and it shows just how much females love whiskey and bourbon, “not just fruity wine and vodka.” The website goes on to say that “70% of females make the alcohol purchase decisions for their home, and 63% of females are drinking the same or more Whiskey this year than last year.”

When it comes to the inspiration behind the creation of not only the bourbon but the brand, Svoboda said hat her mission is to build a brand that supports women and provides a luxury product. “I believe in making every day elegant and extraordinary. I always have candles burning in my house and music playing constantly. I surround myself with things that I love.”

Lynxx Spirits says its single barrel straight 80 proof bourbon was matured in new white American oak charred barrels.
There are notes of vanilla and caramel on the nose, all underscored by nutmeg and cinnamon. The website continues: “The wheat smooths out the flavor and it retains the complexity of a single barrel straight bourbon.”
Lynxx Spirits is available to purchase at their website for $120.