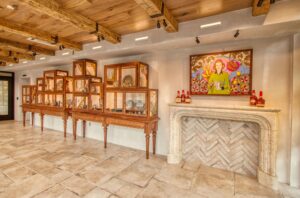 In honor of Margie Samuels, a co-founder of Maker’s Mark and the inventor of the brand’s iconic red wax seal, the distillery has established an exhibit to pay homage to her impact on the brand.

The Margie Vestibule at the Maker’s Mark Distillery features her private pewter collection, which inspired her to name the family bourbon Maker’s Mark in the 1950s. While her husband created the mash bill for Maker’s Mark Bourbon, Margie Samuels designed the shape of the bottle and had the idea to dip each bottle in red wax.

“My grandmother, Margie Samuels, represents all the values that have shaped not only our family, but the way we continue to work every day at Maker’s Mark,” said Rob Samuels, an eighth-generation distiller and leader of Maker’s Mark. “She was ahead of her time, playing a significant role in establishing what has become one of the most recognizable brands in the world in an industry which in those days had very little room for women.” 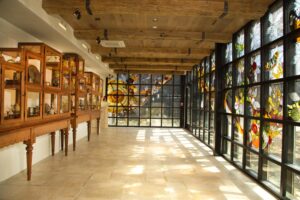 Margie passed in 1985, but her legacy lives on with the classic red wax seal on one of America’s most famous bourbons.