Metallica Cigars Are Here, Via the Band's Blackened Whiskey

‘I’m Super Excited for Everyone to Try This’: Metallica Moves From Whiskey to Stogies With Launch of Blackened Cigars 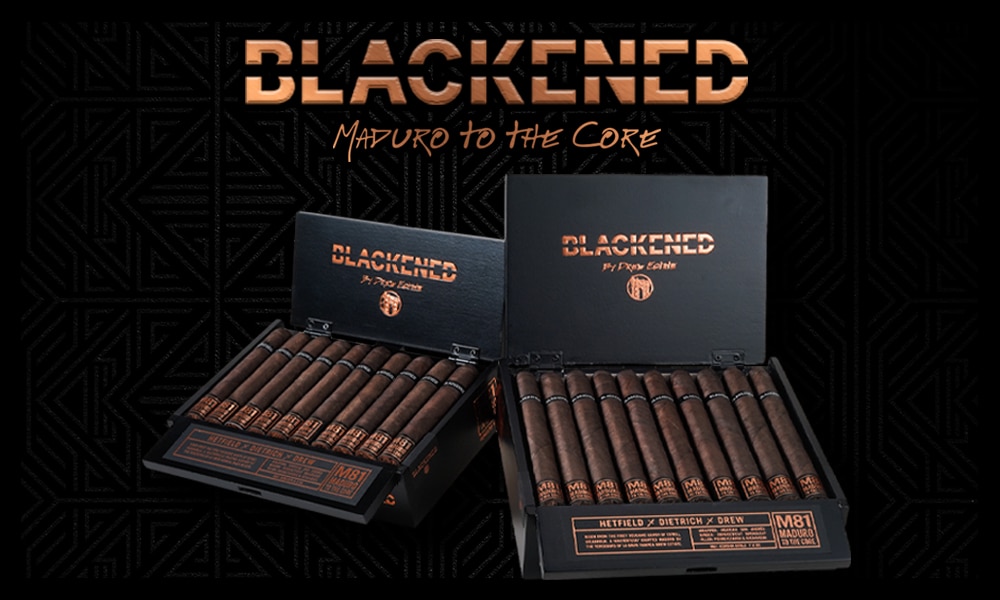 Metallica Cigars are here, thanks to the band’s whiskey brand, Blackened. (Photo: Blackened)

Iconic rock band Metallica is expanding from whiskey to cigars.

Over the past two years, samples from the Drew Estate portfolio were sent to Singer/guitarist James Hetfield and Blackened Master Distiller/Blender Rob Dietrich, who eventually chose a final flavor profile, according to Maxim.

“My buddy, Rob Dietrich, and I frequently enjoy cigars together, and he introduced me to Jonathan from Drew Estate,” Hetfield said in a statement, per Maxim. “The three of us connected and shared each other’s vision and story about where we’ve been, what we like to see, what is important to us now, and we all came up with what a Blackened ‘M81’ Cigar would look and taste like. I love the Maduro leaf, and I’m super excited for everyone to try this.”

Drew Estate crafted a custom triple Maduro smoke based on Blackened’s preferences, enclosed in a Maduro wrapper grown in the volcanic soil of Mexico’s San Andres Valley. The blend includes a Connecticut River Valley Broadleaf Maduro binder and a filler blend of Nicaraguan and Pennsylvania Broadleaf Maduro tobaccos, including the “boldest Pennsylvania Broadleaf ligero in Drew Estate’s inventory,” per Maxim.

Blackened describes the M81 as “dark, bold, rich, and powerful with alluring notes of espresso, leather, and dark chocolate.”

“The bold, ultra-dark tobacco of the triple Maduro embodied in the Blackened Cigars M81 pairs perfectly with the quality and depth of Blackened American Whiskey’s sweet bourbon and earthy rye blend, with the brandy cask finish tying both the tobacco and whiskey together in an unrivaled experience of flavor,” Dietrich said.