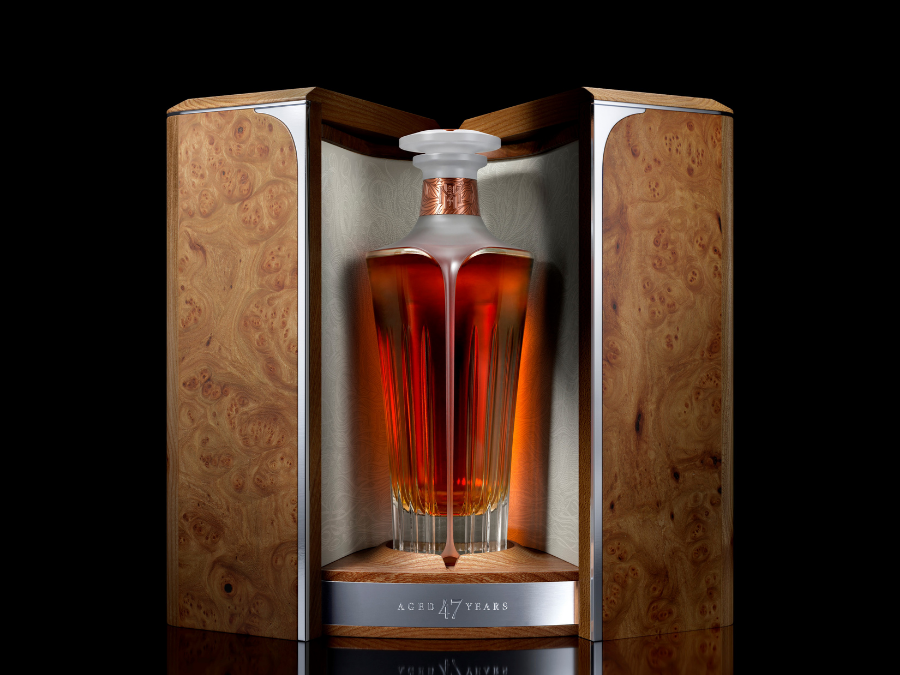 Midleton Very Rare Silent Distillery Collection Chapter Three is a 47-year-old expression made of two whiskies that were matured in an ex-Sherry butt and an ex-Bourbon barrel. Bottled at 55.7% ABV, the release was priced at $51,000 per 700-milliliter bottle.

On Wednesday night, a bottle of incredibly rare and expensive whiskey arrived in a humble place.

A 47-year-old bottle of Midleton Whiskey, which is priced at about $51,000, was delivered to Rocky River, Ohio. The whiskey is so rare and pricy that it was deemed to require a police escort from the local supermarket to which it was shipped to Gormley’s Pub.

“This is the only known one that’s coming to the United States,” Gormley’s proprietor Sean Gormley said, according to Fox 8 News.

The crystal bottle came housed in a 200-year-old Japanese Irish Oak cabinet. For Gormley, seeing this bottle was like lightning striking twice, because last year, Gormley’s became home to a bottle of 46-year-old Midleton Whiskey and sold and raffled off tickets to taste the rare dram. The bottle was opened and enjoyed in December.

Both times, the whiskey came to the pub for a fundraiser benefiting the nonprofit Malachi House in Cleveland in collaboration with StoriesandSips.com.

“We’re so honored and proud and never thought we’d get an opportunity to do this again,” Gormley said, per Fox 8 News.

Gormely said that other cities, including New York and Boston, wanted the event, but the distiller chose Gormley’s because it is a traditional neighborhood Irish pub and donates 100% of the proceeds to Malachi House.

The master distiller who made the whiskey will travel from Ireland to Northeast Ohio for a two-day black tie “Festival of Whiskey” on Dec. 5 and 6 at The Clifton Club in Lakewood, Ohio.

“This is actually the first time a Master Distiller has come to the United States representing Midleton or any other big distillery,” Gormley said. “He really wanted to be part of the fundraiser for Malachi House.”

“We serve the homeless who are terminally ill and we receive no government monies and everything we do at Malachi house is free to those who we serve,” Malachi House Executive Director Judy Ghazoul-Hilow said, per Fox 8 News.

Nineteen advanced-reserved tickets for the event are available for $3,500 a piece, and a 20th ticket will be selected through a raffle.

Two-hundred raffle tickets are being sold for $100 each, with all proceeds going to Malachi House.