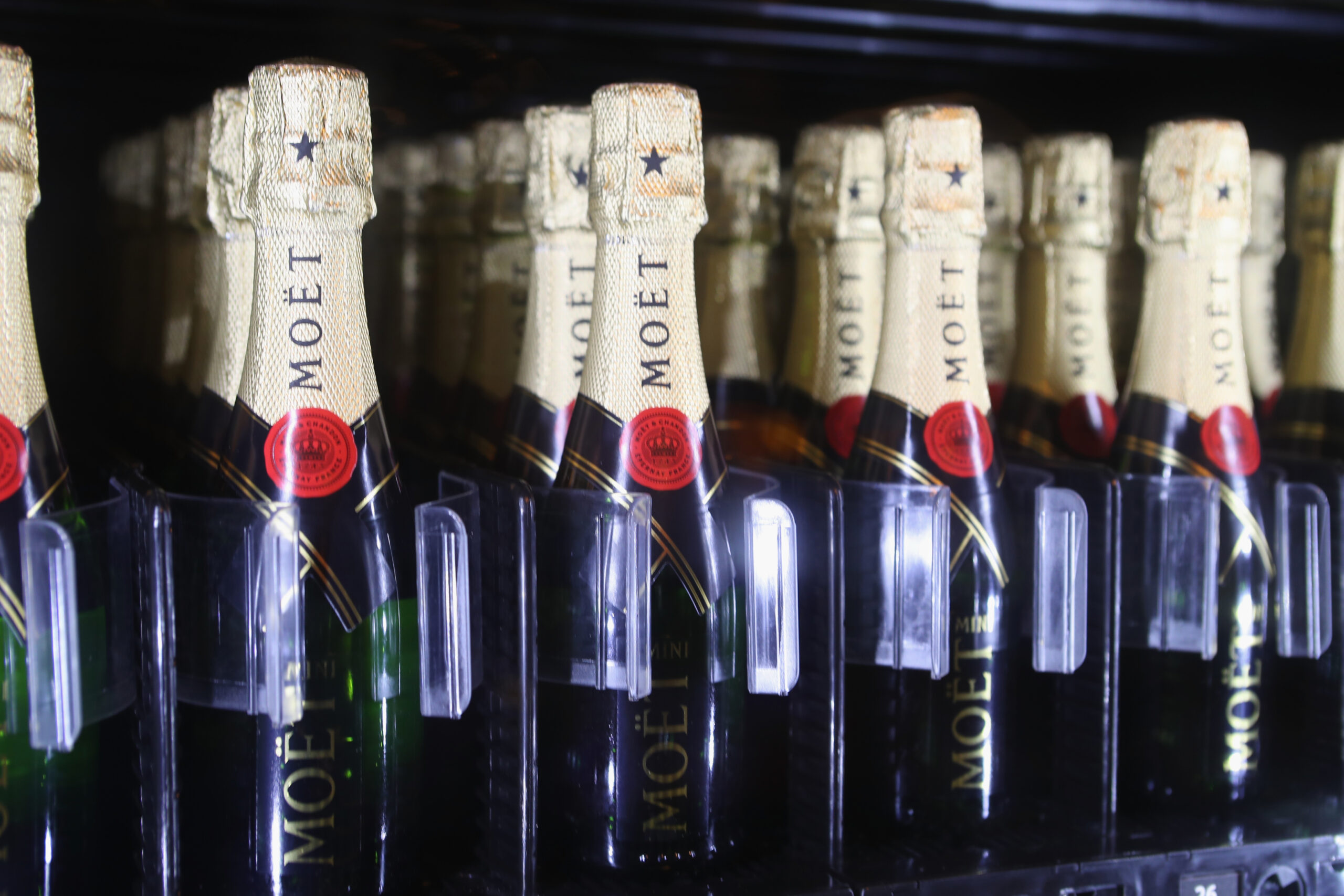 Bottles of Moet Champagne are displayed at The Weinstein Company and Netflix Golden Globe Party, presented with FIJI Water, Grey Goose Vodka, Lindt Chocolate, and Moroccanoil at The Beverly Hilton Hotel on Jan. 8, 2017, in Beverly Hills, California. A champagne recall of Moet & Chandon’s product has occurred after bottles spiked with liquid MDMA killed a man. (Photo by Randy Shropshire/Getty Images for The Weinstein Company)

A batch of ecstasy-spiked champagne from luxury brand Moet & Chandon last month was recalled across Europe, nonprofit Foodwatch said, according to the Irish Daily Star.

The contamination of liquid MDMA killed one victim and made about a dozen others sick. In response, a batch of Moet’s luxury 3-liter XXL Ice Imperial bottles was recalled in February. In June, due to further investigations, a second lot was recalled.

The first batch — coded LAJ7QAB6780004 — was removed from shelves due to MDMA (Methylenedioxymethamphetamine) contamination on Feb. 26. The second batch, coded LAK5SAA6490005, is being recalled for the same reason.

“Touching and/or drinking the contents of the bottle is life-threatening, even trying it by dipping the tips of your fingertips can cause massive health problems,” according to Foodwatch. “Champagne infused with MDMA does not sparkle, smells like anise and has a reddish-brown colour. Affected bottles must immediately report to the police.”

The man who died from drinking the tampered bottle of $791 champagne, Harald Georg Z., was 52 years old and celebrating the end of COVID-19 lockdown restrictions with friends, according to Yahoo.

Georg Z. posted a video on social media showing his group toasting with champagne. Then, the men started cramping and had foam on their lips, according to German media. The bottle contained 1000 times the dose of a single ecstasy pill, according to investigators.