Need a Made-To-Mix Single Malt Whisky? Glenmorangie Has You Covered

Glenmorangie is looking to mix up how we mix our drinks and refresh the single malt whisky image, and we’re intrigued. Introducing X from Glenmorangie.

According to The Drinks Business, the new single malt  “has a sweeter, richer taste designed to complement tall, simple serves and cut through different mixers.” The new mixer still provides all the classic Glenmorangie has, including fruit, vanilla, and honeysuckle alongside notes of orange sherbet and chocolate fudge, says The Drinks Business. 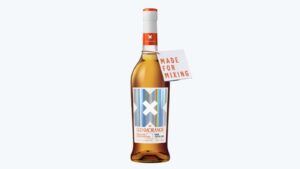 “So, whether you’re planning a brunch or a date night or want to experiment with your own flavour combinations, this whisky will bring your drink the x-factor” -Glenmorangie.

Want more Glenmorangie? Check out what Whiskey Raiders has to say about it before you buy.

Submit your review here or comment below
Hyped Releases