4 Sent to Hospital With Burned, Bleeding Mouths After Bartender Accompanied Tequila Shots With Caustic Soda Instead of Salt 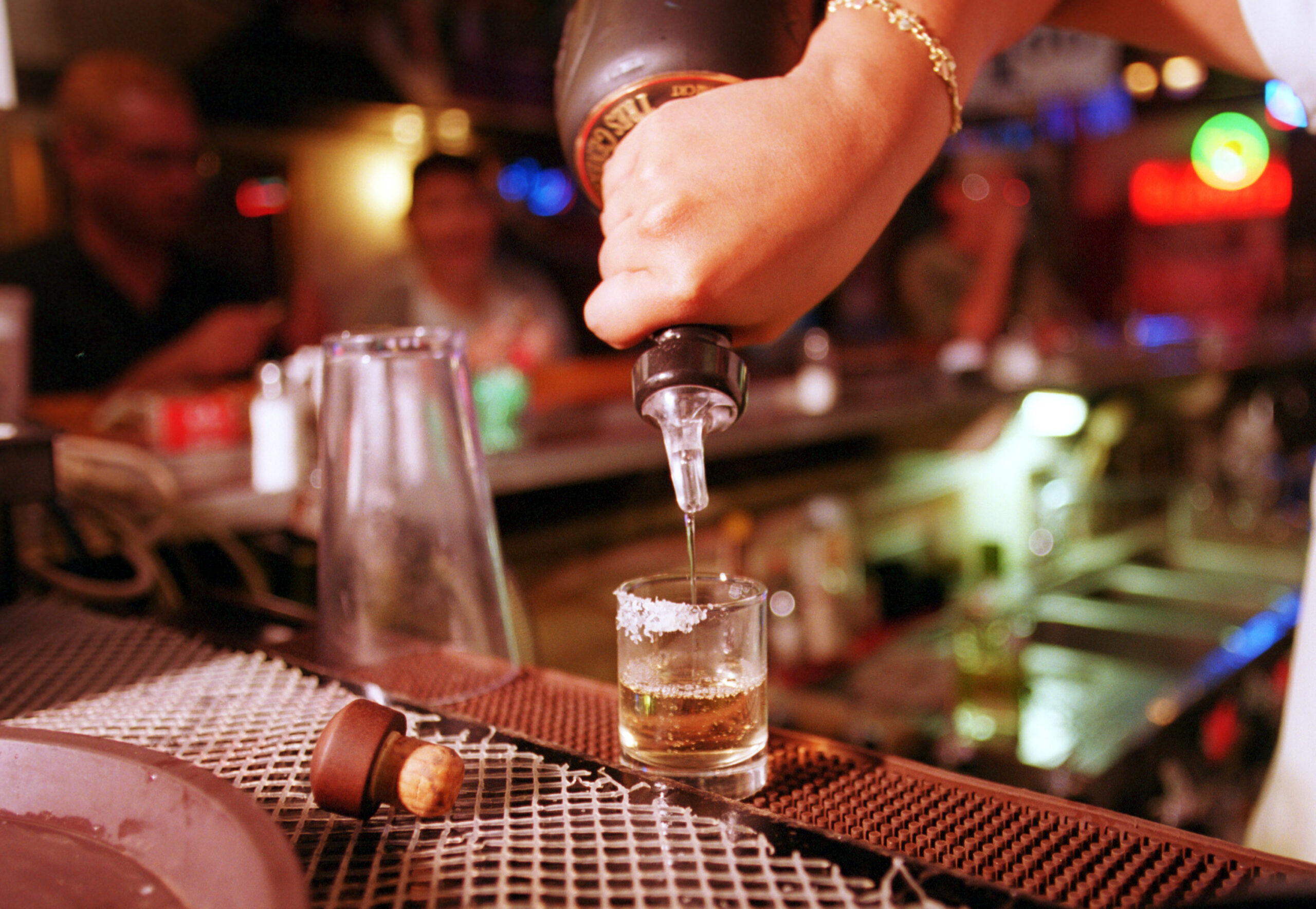 A shot of tequila is poured Sept. 28, 2000, at La Hacienda in El Paso, Texas. Four people were sent to the hospital in December after consuming caustic soda instead of salt before taking a shot of tequila. (Photo by Joe Raedle/Newsmakers)

Five nightclubbers at London’s Tiger Tiger were burned by caustic soda — aka sodium hydroxide, a corrosive compound often used in soap making — which was served alongside their tequila shots in lieu of salt, according to The Sun.

The five were left vomiting, with blood pouring from their mouths, leaving clubbers fearful of a terrorist attack.

“A group of four women and a man necked the tequilas and used salt and lemon to soften the taste, then began to retch,” a source told The Sun. “One girl keeled over. Despite music blaring, everyone knew something was wrong. There was panic. People thought it was some kind of terrorist incident.”

The incident happened Dec. 7. Police arrived at the nightclub after hearing people had sustained chemical-related injuries believed to be caused by a staff error. The authorities closed the club as a precaution and moved about 100 clubbers into a nearby building while police conducted interviews.

“It took a long time to establish what happened,” a source told The Sun. “Apparently, the club kept salt and caustic soda in similar containers and there had been an honest accident. It could have been fatal.”

The four females who consumed the caustic soda were taken to a hospital. None of their conditions are life-threatening. The fifth person, a male, declined hospital treatment.

The Sun said the incident is not believed to have been intentional, and there have been no arrests, but The Health and Safety Executive has been informed of what happened, and Tiger Tiger is believed to be facing legal action.