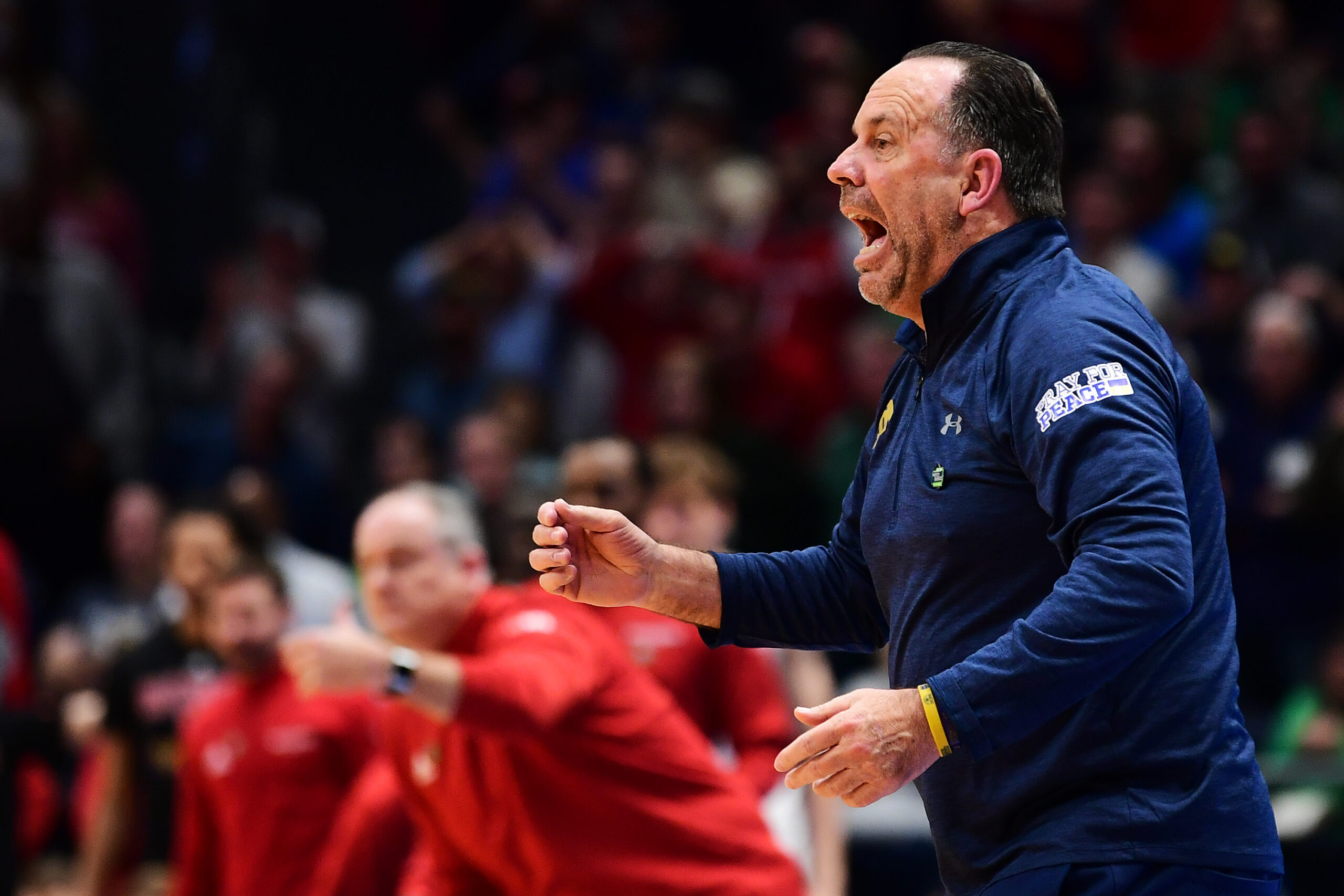 Head coach Mike Brey of the Notre Dame Fighting Irish reacts on the sidelines in the second overtime period of the game against the Rutgers Scarlet Knights during the First Four game of the 2022 NCAA Men’s Basketball Tournament at UD Arena on March 16, 2022, in Dayton, Ohio. Brey wanted some Irish whiskey for St. Patrick’s Day after beating Rutgers in double overtime. (Photo: Emilee Chinn/Getty Images)

After Notre Dame basketball won its “First Four” game of March Madness to qualify to the main bracket of the 2022 NCAA Tournament, head coach Mike Brey was cognizant that the two overtime periods of the game had pushed the game past midnight in Dayton, Ohio, making it St. Patrick’s Day.

“There better be some Irish whiskey on that plane. I’m drinking some of that,” Brey told sideline reporter Jon Rothstein.

The Fighting Irish topped Rutgers 89-87 in double OT after Paul Atkinson Jr. scored in the final seconds to claim the lead.

Notre Dame had a late, long flight out of Dayton to San Diego, California, where it will face off against sixth-seeded Alabama on Friday — a basketball contest between two football schools.

No word yet on whether there was Irish whiskey on the plane for Brey.

If you want to be like Brey and imbibe some Irish whiskey for St. Patrick’s Day, check out our lists of expert-picked must-try Irish whiskeys at any price range and five great options for Irish whiskey below $75.