Ogden's Own is Steeped in Utah's Dramatic Mormon History
Article

Ogden’s Own: The Distillery Steeped in Utah’s Dramatic Mormon History 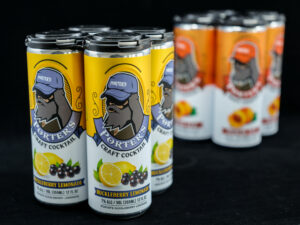 Utah’s largest independently owned distillery, Ogden’s Own, has celebrated the state’s history since its founding in 2009.

Utah has a unique and unexpected story. For many people, the first thing that comes to mind when they think of Utah is its heavily Mormon population. However, you may not know that Utah also has a thriving spirits industry. Ogden’s Own Vodka, Whiskey, and Gin are all produced in the state and are quickly gaining a reputation for their high quality and unique flavor profiles. Ogden’s Own Distillery looks to tell Utah’s story.

The founders of Ogden’s Own recognized that their state is an unusual and unexpected place for producing spirits. For this reason, they chose to embrace the stories of the “Old West” and some of the characters from Utah’s past who either lived on the fringes of society or were uniquely progressive and ahead of their time.

Each expression from the distillery represents a piece of Utah’s history. For example, Madam Pattirini Gin celebrates B. Morris Young, son of Brigham Young – founder of The Church of Jesus Christ of Latter-day Saints. Because he performed as a cross-dressing vocalist under the name “Madam Pattirini,” he is widely known as a pioneer of drag. 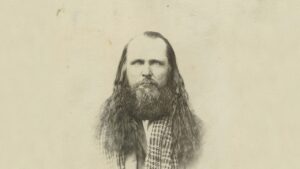 As for Porter’s and the menacing man on the bottle, that man is Orrin Porter Rockwell. He was an enforcer and bodyguard from the late 1800s who spent most of his time in Utah. He served as a bodyguard and was a personal friend of Latter Day Saint movement founder Joseph Smith and Brigham Young and served as an inspiration for many Hollywood outlaws, according to a statement from Ogden’s Own.

Nose: Bright floral notes and a bit of ethanol.

Palate: Spicy and extremely fruit-forward, with notes of oak.

I had no problem sipping it neat, but I would recommend using it in a cocktail or with an ice cube. The spice and tart character will make it a shining star of any spirit-forward drink. 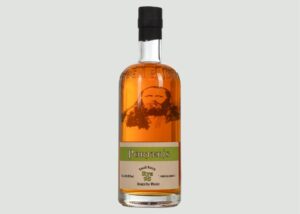 This is Exceptional. Neither of the cans has a synthetic flavor that comes with so many other canned cocktails. As someone who doesn’t typically enjoy the peach flavor, the peach tea was quite good.

Both flavors are canned at 7% ABV, making them dangerous because the whiskey is nearly undetectable- in the best way.

All Ogden’s Own products can be purchased here.