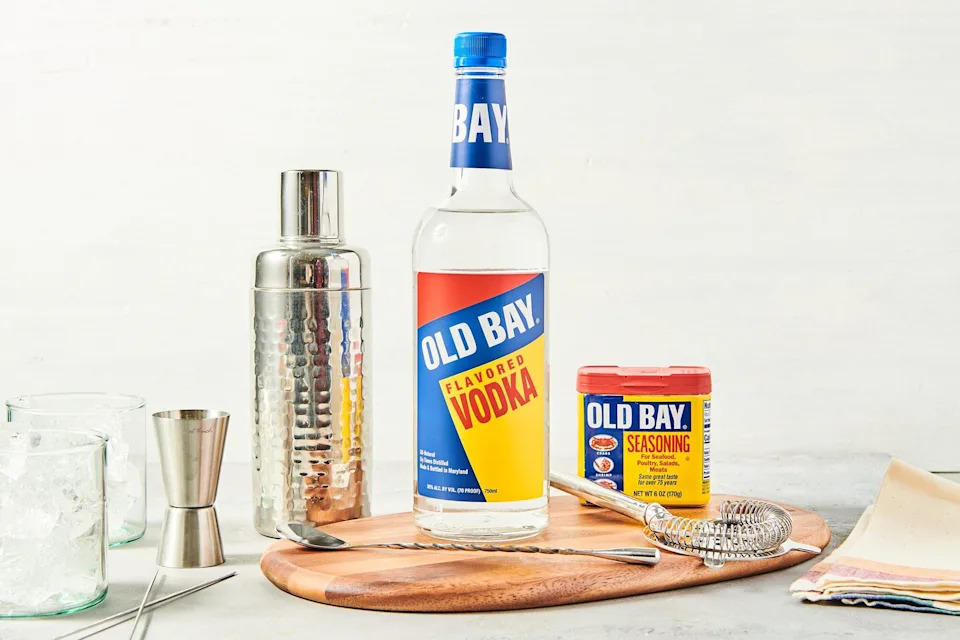 Are you a fan of cult favorite seasoning Old Bay on your food? How about in your booze? Old Bay Vodka is coming this month? (Photo: George’s Beverage Company)

Old Bay Seasoning, which originated in Baltimore, Maryland, and spread to become a beloved necessity across the northeastern portion of the U.S., is expanding into an interesting new category: booze. Old Bay maker McCormick is collaborating with George’s Beverage Company to produce Old Bay Vodka, which is set to launch mid-March in Maryland and Delaware.

“The idea to collaborate to craft Old Bay Vodka made perfect sense from the start,” Greg David, co-owner of George’s, said in a news release. “We already had national distribution with top liquor distributors and a sustainable supply chain. The next step was identifying a local craft distillery that we could trust and that shared the same commitment to quality, craftmanship and sustainability, we found all this in McClintock Distilling.”

McClintock is a craft distillery in Frederick, Maryland, which in 2020 was named the best craft vodka distillery in the U.S. by USA Today.

“OLD BAY® has been a fan-favorite for over 75 years in the Chesapeake Bay region and beyond,” said Jill Pratt, chief marketing excellence officer, McCormick. “Our fans are loyal and passionate when it comes to all things OLD BAY®. We’re thrilled to work with George’s to bring the one-of-a-kind flavor of OLD BAY® to fans in entirely new, exciting, and innovative ways.”

Bottled at 35% ABV, Old Bay Vodka is described as a “crisp, refreshing, smooth vodka with fresh celery and herbal notes followed by sweet spice and mild heat (red pepper) notes.” The brand recommends using it in cocktails and cooking.