We’re giving homage to everyone’s favorite American/British Mashup: Megan and Harry, and loving every story we read about Trump and Megan’s clash on the subject.

If you haven’t been on the internet for a while, you may not have heard about the Megan Markle and Prince Harry Interview with Oprah. Megan and Harry spilled all the tea on their time living as royals before making their famed exit. And it was A LOT of tea.

Now Donald Trump has allegedly weighed in on the matter, and has deemed Megan Markle as “No good”.

If you’re like us and eating up all the drama, we have the perfect American whiskey and English Biscuit pairings for you to enjoy while you and your girlfriends collectively pray for a hedge of protection cast around Megan Markle. 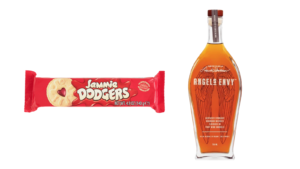 Angel’s Envy is a Kentucky-born and bred bourbon that boasts sweet and fruity flavors on the palate. The jammie character makes it a perfect match for the classic British biscuit, Made with shortbread and raspberry-apple jam. The sandwich also has a heart shape cut out to display the filling – a fitting detail for the occasion. 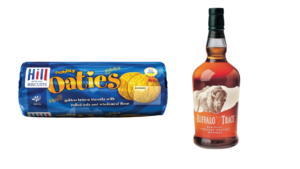 Traditionally Oaties are enjoyed dunked in tea, coffee, or cocoa. They are sweet treats that would pair perfectly with Buffalo Trace’s complex, yet balanced flavors of vanilla, cinnamon. 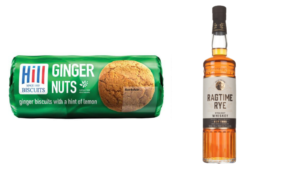 Ragtime Rye is an inexpensive super spicy rye from Brooklyn New York. The peppery flavor profiles would complement the ginger and lemon in Hill’s Ginger Nuts Biscuit in a marriage lovelier than Kate and William’s. 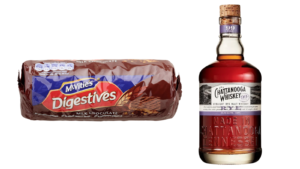 Unsurprisingly, whiskey and chocolate pair wonderfully together. This is why we picked Chattanooga Rye from Chattanooga Tennessee, and milk chocolate Digestives. The whiskey has a nose of brown sugar, pepper, clove, and cocoa. The taste boasts Cocoa, honey, some clove, and spicy pepper (it is rye, after all). It is reminiscent of Mexican chocolate with hints of spice and cocoa. 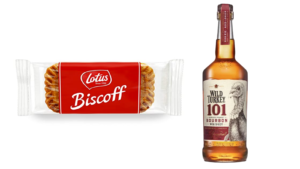 Wild Turkey 101 bourbon is distilled in Kentucky. It has lots of toffee and vanilla flavor which is why it would pair so well with Lotus Biscoff cookies. These cookies are typically dipped in your coffee, and non-GMO Project Verified And Vegan, so you can’t go wrong with these at all.

Grab a bottle, and be sure to watch the interview. You’re going to need one.