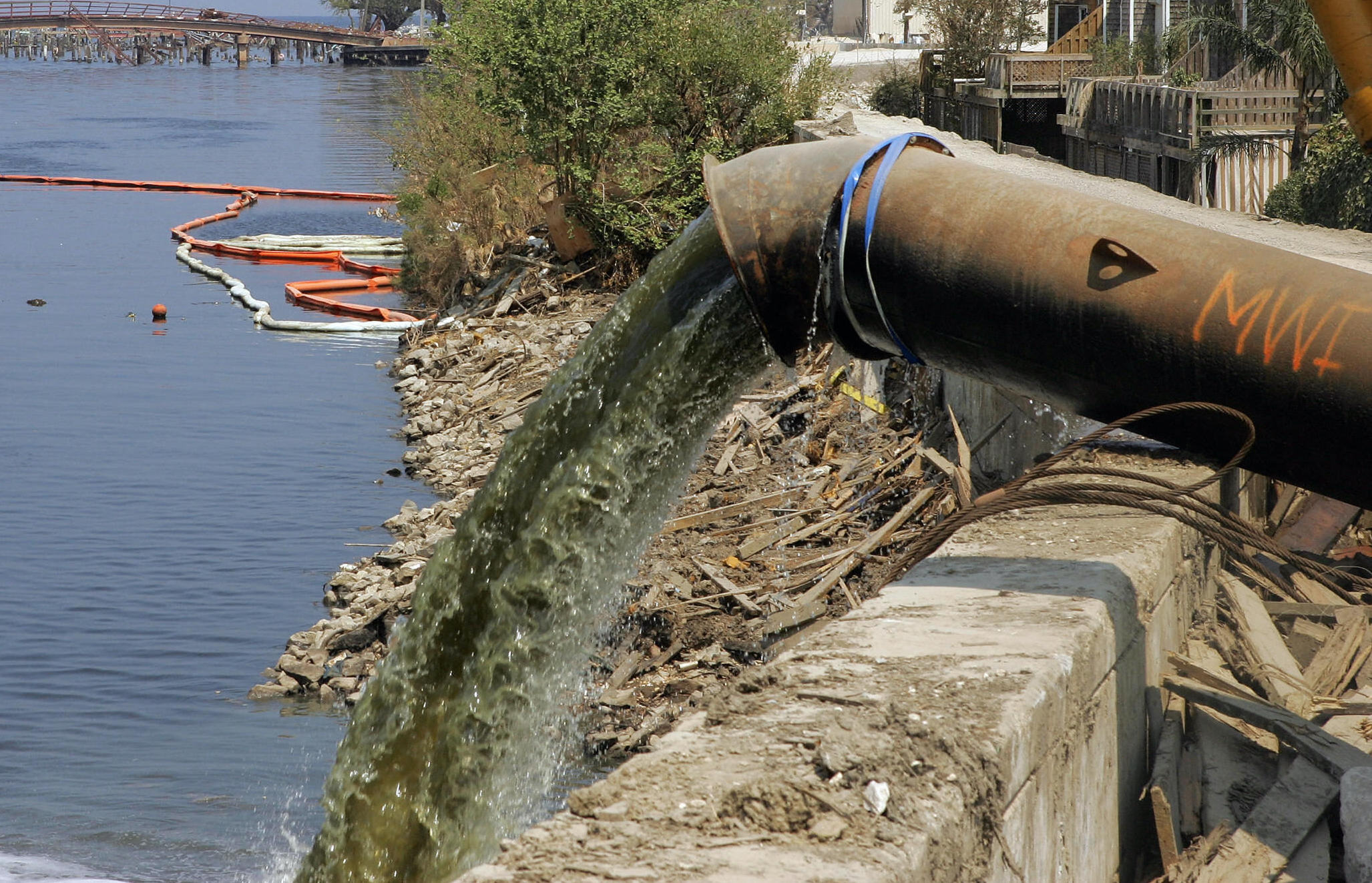 Water flows from a pipe as it is pumped out of the city of New Orleans, Louisiana into lake Pontchartrain, which in turn drains into the Gulf of Mexico, on Sept. 13, 2005. A storm drain in Hawaii was pumping so much pollution into a stream that 1.2% of the water was alcohol. (Photo: OMAR TORRES/AFP via Getty Images)

The Hawaii State Department of Health has slapped Paradise Beverages with a $75,000 fine after the liquor distributor dumped enough expired drinks and other pollutants to give Waiawa Stream in Waipio a 1.2% ABV, according to Hawaii News Now.

Along with the fine, the DOH issued a notice of violation and order and ordered Paradise Beverages to construct containment for its beverage disposal area and take other measures to protect the environment.

The contamination was noticed in November after visitors began noticing that the stream smelled like beer. The 1.2% ABV was measured by a test of a sample of the water by FQ Labs, hired by Hawaii News Now. The test also found that, along with 1.2% of the water being alcohol, about .04% of it was sugar.

The state Department of Transportation said in November that the pollution was coming from a storm drain. At the time the pollution was noticed, Paradise Beverages said it didn’t know what was causing the spill.