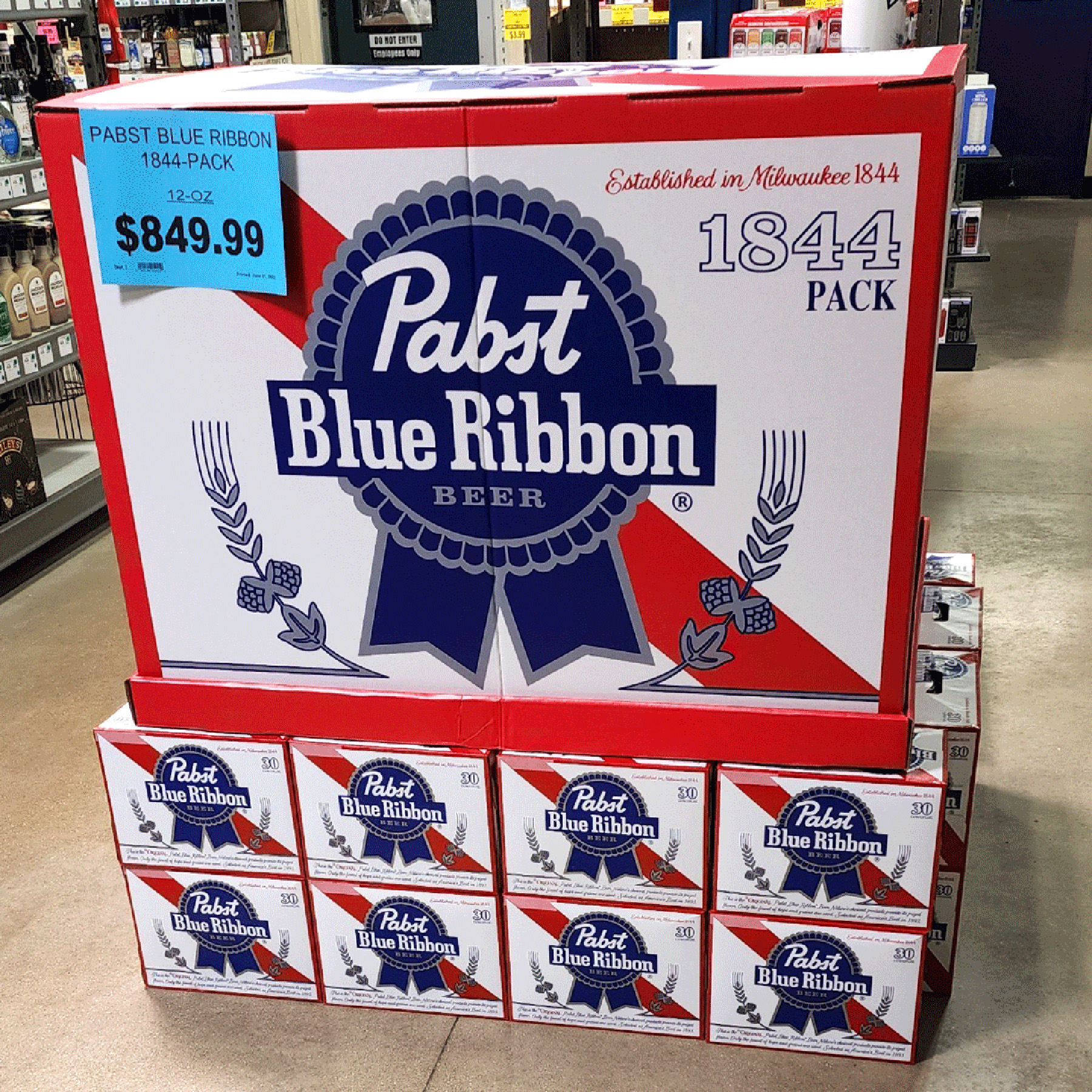 The team at beer brand Pabst Blue Ribbon has proven time and time again that it believes that bigger is better. In 2019, the beer brand came out with a 99-pack of beer. It turns out, Pabst was just getting start. In 2021, PBR went all out, releasing five Fourth of July-themed 1,776-packs, in honor of the year the U.S. was founded. At the time, PBR claimed that 1,776-pack was the world’s biggest.

This summer, PBR has snapped its own record, releasing an 1,844-pack to celebrate Pabst’s founding year.

The claim that the pack — or last year’s — is the world’s largest is questionable, as Budweiser in 2017 publicized the sale of a 3,240-pack at a Costco in Montreal.

“The basic genesis for this idea came from all the attention our 1776-pack created last year that helped us create a lot of buzz around PBR,” Nick Reely, VP of marketing at PBR, said, according to Forbes. “We thought, how could we go even bigger and tie it into a brand as iconic as ours? So, we created one based on the year we were founded, 1844, and expanded the program.”

Not only is this year’s pack bigger than last year’s, but there are more than five of them to go around — quite a few more, in fact. According to Forbes, 250 of the 1,844-packs will be available.

Each box is 4 feet tall by 3.5 feet wide. The boxes will be available in a variety of locations, from retail chains to to bars to independent liquor stores. The only requirement is that each location uses the mega-pack to drive brand awareness and have fun with it, per Forbes.

During the month of July, people can enter online by scanning a QR code to win $1,844 dollars a day. The brand will also give away 1,844 gallons of gas in a nod to the recent soaring gas prices.

One must wonder if PBR will continue its trend by going bigger and bigger each year. Eventually, there will be a number that wouldn’t be feasible, but we clearly haven’t reached it yet. We’re excited to see which date beyond 1844 Forbes deems important enough to honor with a massive pack of beer next year.