Penderyn, an independent distillery in Wales, revived the country’s whisky industry after more than a 100-year absence. Now, the distillery has released its newest expression in the Icons of Wales series to the U.S.: Penderyn Icons of Wales Rhiannon, a single malt whisky.

The Icons of Wales series is a highly anticipated series of releases that celebrate a person, milestone or event from Welsh history with international significance. They are some of the most coveted releases for their unique attributes and rarity. 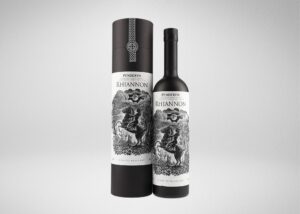 Why This Release is Unique

Most people recognize the name Rhiannon from the hit song of the same name by Fleetwood Mac. However, Rhiannon is named after a powerful enchantress and horse goddess from the ancient Welsh folk tales. The story was written in the 11th century and is some of the earliest writings in Europe.

According to a news release, “Penderyn Icons of Wales Rhiannon was distilled in Penderyn’s signature style, using a single copper pot that produces a flavorful spirit of extraordinary strength and purity. The resulting spirit is from a vatting of Oloroso sherry matured with Bordeaux Grand Cru matured single malt whiskies.”

The new limited-edition whisky is available in the U.S. starting this month, with a one-time limited distribution of only 3,000 bottles. But don’t expect to get your hands on a bottle so quickly. According to our research, it is already widely sold out. That being said, if you do try to find a bottle, may the whisky odds ever be in your favor.