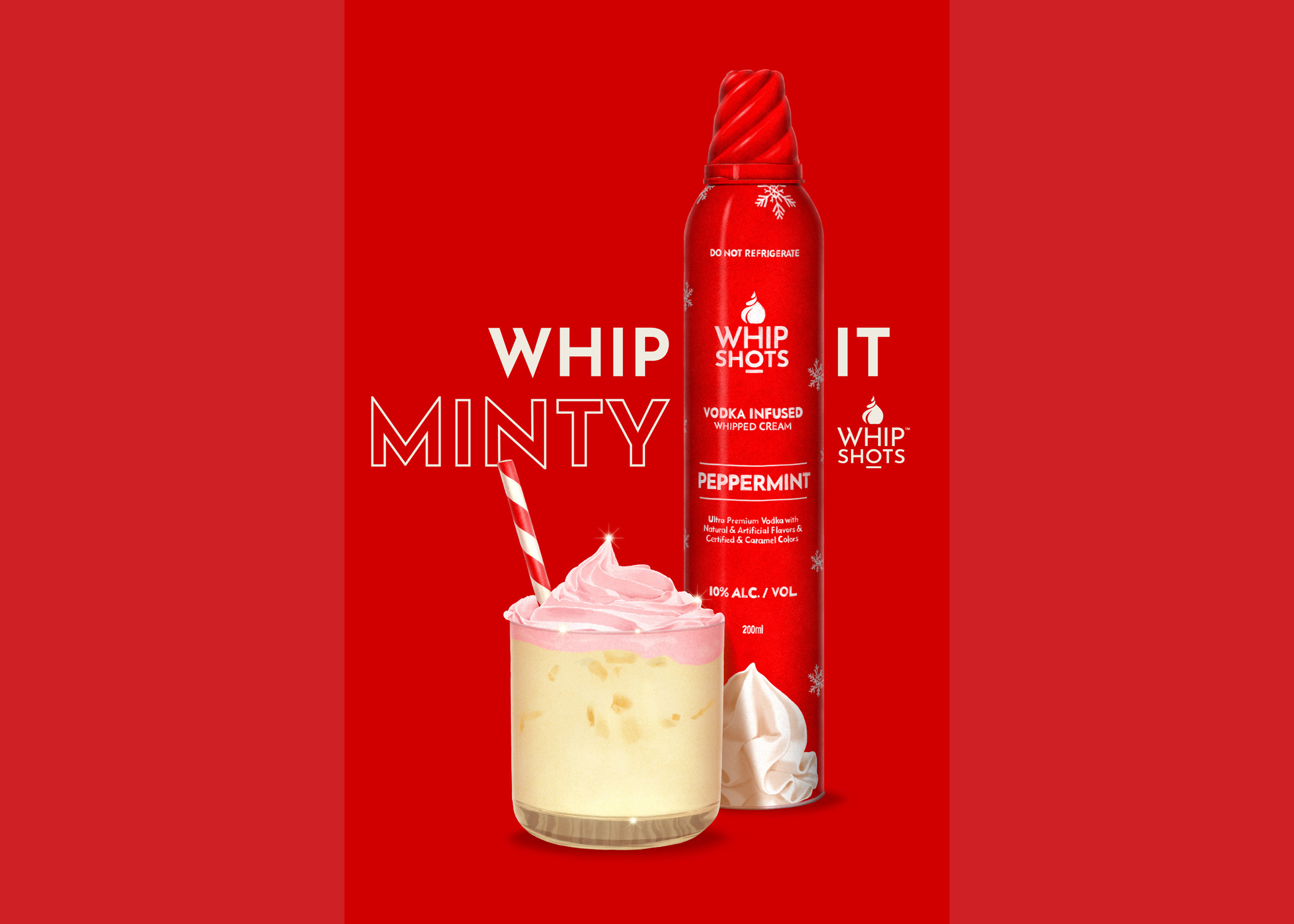 On Monday, Starco Brands announced the launch of a fourth flavor of Whipshots, the 10%-ABV vodka-infused whipped cream brand that debuted last December in partnership with Cardi B. The latest flavor is Peppermint, and it will be a limited-edition flavor, joining the core lineup that consists of Mocha, Vanilla and Caramel.

“With the holidays right around the corner, we are thrilled to release the new peppermint flavor just in time for consumers to enjoy with their family and friends,” David Dreyer, CMO of Starco Brands, said in a news release. “As the demand for Whipshots has exceeded all expectations, we look forward to new flavor innovation throughout the year that will continue to disrupt the spirits industry one whip at a time.”

The new whipped cream is depicted as pink in color in promotional materials but is actually white when sprayed.