Plot Twist: Investing in Whiskey Could Be A Better Idea Than You Think | Whiskey Raiders
Article

Plot Twist: Investing in Whiskey Could Be A Better Idea Than You Think

If you’ve kept your eye on the whiskey industry at all, there’s no doubt that you’ve heard of the scandals surrounding all the scams that can come with whiskey investments – primarily cask investments. However, not all investments are scams, some can even be secure, smart money-making decisions.

There are many spirits companies that are publicly traded that anyone can invest in. Diageo (DGE) for example, is the company responsible for many popular brands such as Guinness, Captain Morgan, Baileys, Smirnoff, and Johnnie Walker among its major brands. 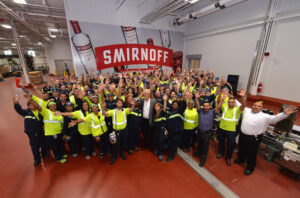 Investing in a company that owns that many popular brands can be a safe bet when it comes to investing. This is because no matter what’s going on in the world, people will always want a drink, and typically turn to what they know.

Other publicly traded spirit companies you can invest in are Beam Suntory under the ticker symbol BEAM, and Constellation Brands under the ticker symbol STZ. Why those two companies? Both of those own popular brands that are fairly well known to the public. For example, Beam Suntory owns Jim Beam, Maker’s Mark, Hornitos, and Roku Gin to name a few. 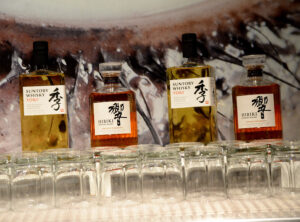 Constellation on the other hand owns more than just spirits, but also wine and beer, like Corona and Meomi. So, buying into companies such as these can be a solid investment in the future. The investing site, Motley Fool says that these three brands are potentially a smart investment, and can set someone up for success if they hold the stock for 3-5 years.

Nothing in this article or site constitutes professional and/or financial advice, nor does any information on the Site constitute a comprehensive or complete statement of the matters discussed or the law relating thereto. Whiskey Raiders is not a fiduciary by virtue of any person’s use of or access to the Site or Content.