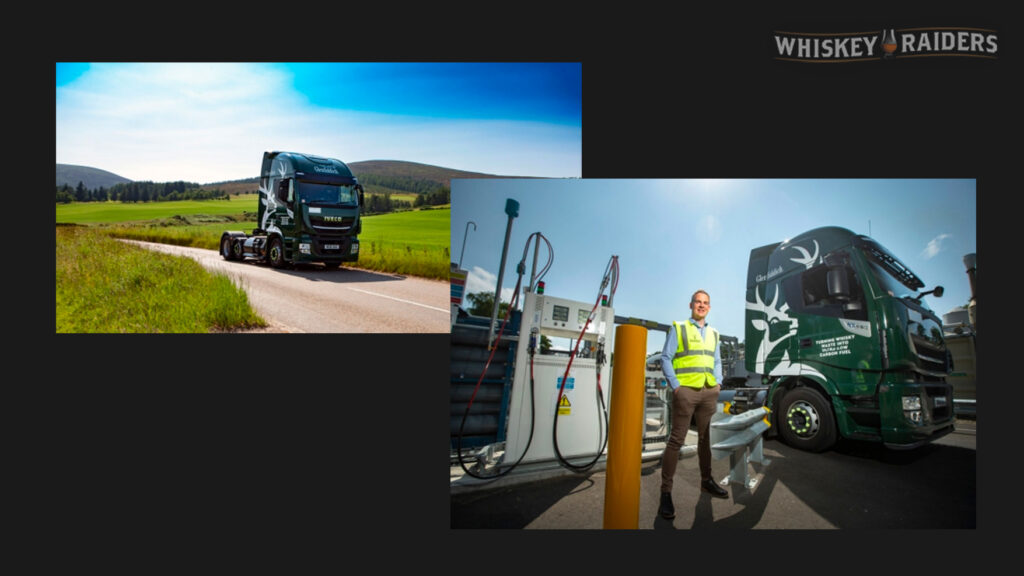 Typically, distilleries divert spent grain from the distilling process to be sold to farmers. Glenfiddich has announced other plans – and a unique cross between to unlikely bedfellows: Whiskey and Driving.

The distillery’s newest project is converting spent grain from producing their Scotch Whiskey to biofuel. With the purchase of new, modernized trucking rigs, the company can fuel their delivery and hauling fleets to run on the new bio fuel. This transition is set to reduct emissions about 95% compared to conventional trucking.

Stuart Watts, William Grant & Sons’ distilleries director, said: “Glenfiddich is appreciated around the world as a unique single malt whisky, which is the result of generations of pioneering craftsmanship and concern for the long-term sustainability of the spirit.

This transition will be applied to the entire Glenfiddich trucking fleet where applicable, and should take about 20 conventionally fueled trucks off the road. The distillery makes their move in lock step with the Scotch Whiskey industry’s goal to achieve neutral carbon emissions by 2040.

Ideally, we’ll see this shift being made with other producers as spent grain is perhaps the most voluminous by product of the whiskey production process. Scotch distillers will no doubt see significant efficiency, monetary and ecological gains by focusing on more sustainable practices.