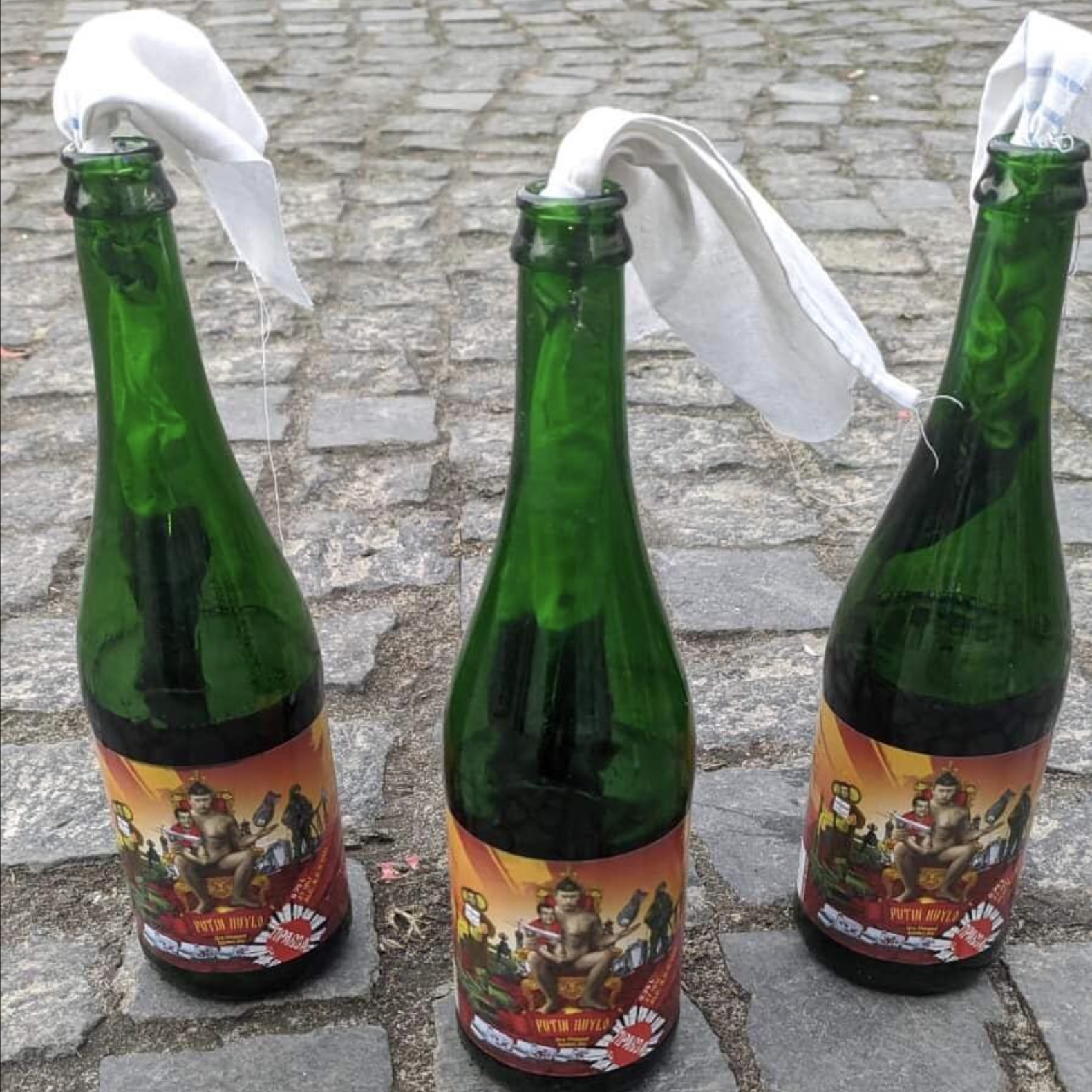 The Pravda Brewery in Lviv, Ukraine, has halted beer production, opting to instead make Molotov cocktails (makeshift bombs made in bottles) in bottles of its “Putin Huylo” beers, which roughly translates to “Putin is a dickhead.” The brewery showed off the Molotovs on Instagram and Facebook.

On Instagram, the brewery captioned its photo with: “Thank you friends from around the globe for your willingness to help. Many of you commented on how to improve the design of the cocktails. Thanks! Remember – we are a small but professional brewery and do a lot of research! 😊 not just theory – many of us went thru the bloody street protests of 2014👍.”

It also added that many people had inquired about donating and offered ways to donate toward the production of more Molotov cocktails or directly to the Ukrainian army. To find those instructions, see the Instagram post below.

“If you come to our area, have an identity document. We do not serve the citizens of Russia and Belarus,” the brewery wrote in a separate Instagram post. “If you have a weapon with you, please leave it in our custody and return it to you at the exit.”

Pravda added that it will offer free tea and coffee to Ukraine’s military and police.