Appointments Quadruple After News Breaks That Liquor, Cannabis Retailers Will Require Proof of Vaccination for Entry 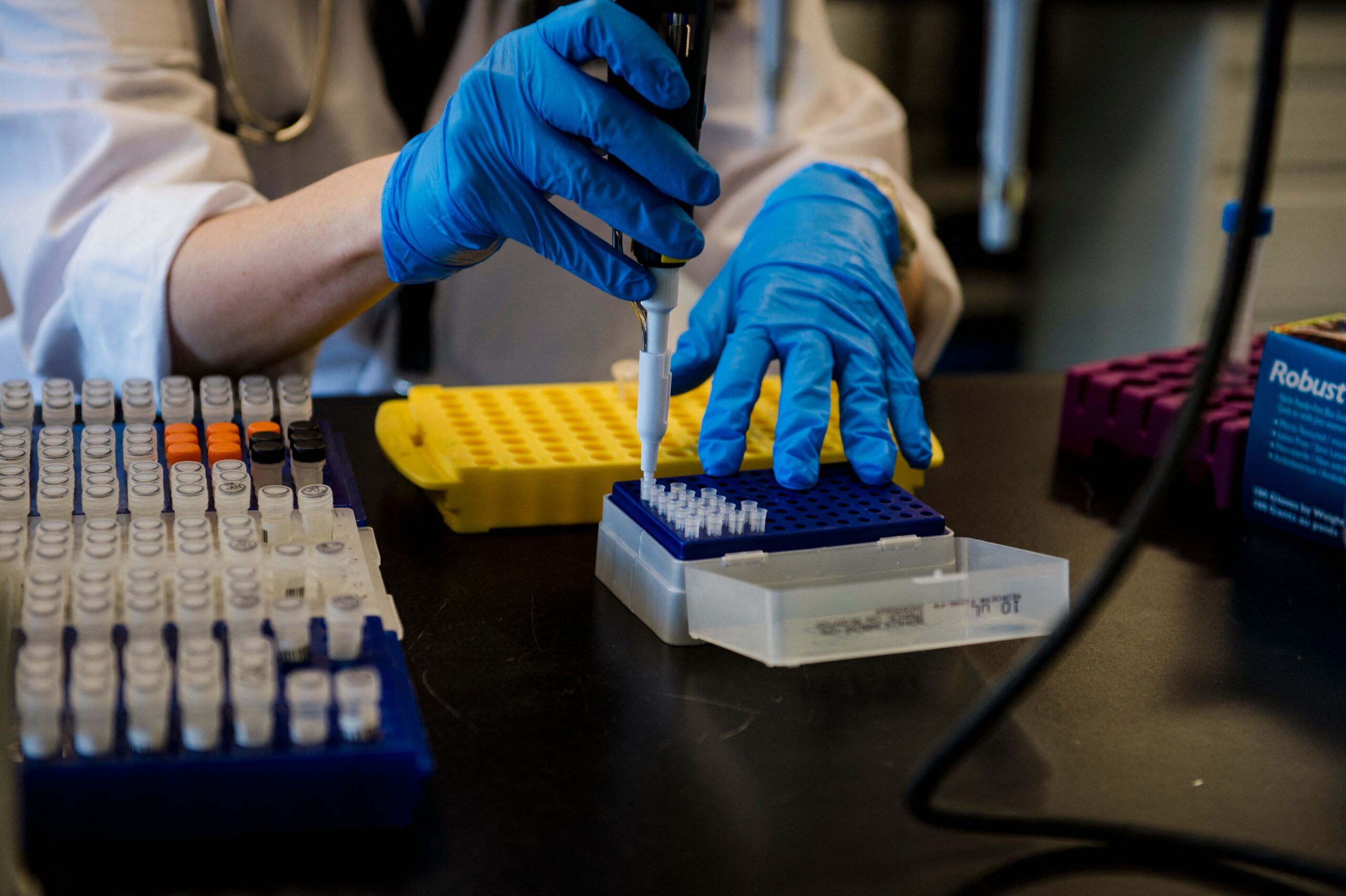 Dr. Emilia Liana Falcone simulates tests by adding water into vials at the post-Covid clinic and laboratory at the Institut de Recherches Cliniques de Montreal (IRCM) in Montreal, Quebec on March 3, 2021. An upcoming rule that will require proof of vaccination to enter government-owned alcohol and cannabis stores has sparked a jump in vaccine appointments. Photo by ANDREJ IVANOV/AFP via Getty Images)

Christian Dubé, health minister of Canadian province Quebec, announced Friday that, beginning Jan. 18, Quebec will require proof of vaccination against COVID-19 for residents who wish to enter government-run stores selling cannabis or alcohol. Since the rule was announced, first-dose vaccination appointments in Quebec quadrupled in the course of a day, according to the New York Daily News.

When the requirement was announced, the province was averaging around 1,500 appointments a day. On Friday, Quebec Health Minister Christian Dubé announced that the number had leaped to about 6,000.

As of Jan. 1, about 78% of Quebec citizens were fully vaccinated, which is an impressive rate, higher than any U.S. state. Still, hospitalizations were soaring due to the Omicron variant, so the province introduced this rule hoping it would influence the unvaccinated to change their attitudes. It looks like that strategy is working.