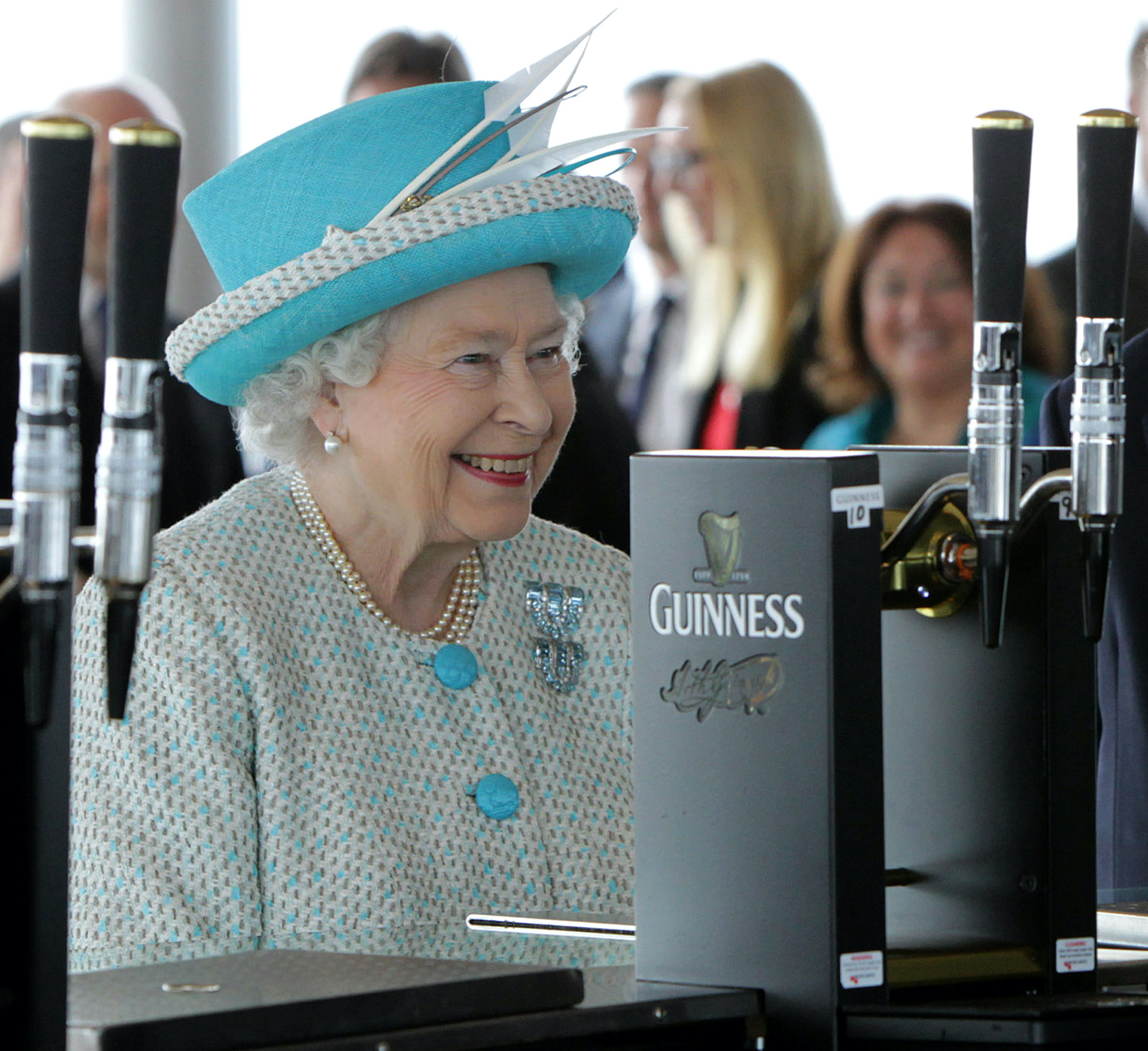 Britain’s Queen Elizabeth II visits the Guinness Storehouse Gravity Bar on May 18, 2011, in Dublin. Queen Elizabeth reportedly has been advised by doctors to forgo alcohol except for special occasions. (Photo credit should read Maxwells/AFP via Getty Images)

Queen Elizabeth’s affinity for a nice cocktail is well documented. In 2017, the Queen’s cousin, Margaret Rhodes, said that the Queen enjoys four libations a day: a gin and Dubonnet with lemon and ice before lunch, a wine with lunch, and a dry martini and glass of champagne at night.

Tragically, the Queen is being forced to give up her evening martini, according to Vanity Fair, which reported Thursday that two sources confirmed the Queen’s doctor recommended she give up alcohol “except for special occasions.”

This is devastating. She even has a secret tunnel running from her palace to a cocktail bar, apparently.

“The Queen has been told to give up her evening drink which is usually a martini,” said a family friend of the Queen, per Vanity Fair. “It’s not really a big deal for her, she is not a big drinker but it seems a trifle unfair that at this stage in her life she’s having to give up one of very few pleasures.”

Vanity Fair said its second source told it that “The alcohol has gone, her doctors want to make sure she is as fit and healthy as possible.”

The Queen once said before a trip: “I think that I will take two small bottles of Dubonnet and gin with me this morning, in case it is needed.” Legendary.