Glendronach has long been a favorite of Sherried Single Malt lovers both with their standard offerings and exceptional single casks.  However, there is worry that some changes to the whiskey could be coming.  Reddit user /u/anathemathema broke the news by posting a picture noting that the packaging has recently had a subtle change that removed the “Non-Chill Filtered” text.  Glendronach has responded to this being pointed out, telling Mark Gillespie of WhiskyCast (Episode 865) that no change has been made to the whiskey itself.  Josh Peters of The Whiskey Jug received a response saying that “The GlenDronach has removed ‘Non Chill Filtered’ from its packaging to provide the flexibility in their whisky-making processes to optimize consistently exceptional quality, flavor, clarity, and stability.” 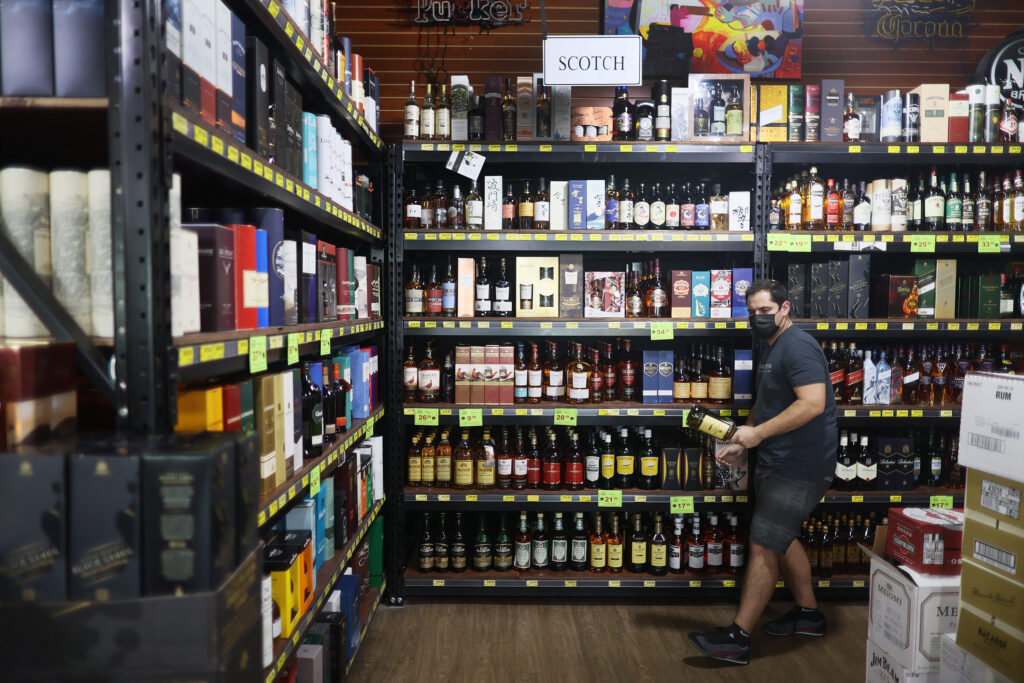 MIAMI, FLORIDA – MARCH 08: David London works in the Scotch whisky section of Jensen’s Liquors on March 08, 2021 in Miami, Florida. The Biden administration announced that it would suspend retaliatory tariffs imposed by the former U.S. administration on Irish and Scotch whiskies. (Photo by Joe Raedle/Getty Images)

Chill filtration has been a point of contention in the whiskey world on how it affects the liquid.    Typically a distillery will chill filter their whiskey to remove fatty acids that can cause the whisky to become cloudy as the lipids congeal in cooler temperatures.  So if someone keeps their whiskey in their refrigerator or a cellar, it may not look palatable or cause the drinker some concern that something bad has happened to the whisky.  Those fatty acids though are typically thought to be a vessel for flavor and mouthfeel so most enthusiast drinkers prefer to seek out bottles that explicitly state that the process has not occurred.

The occurrence of the whisky becoming cloudy typically only occurs on whiskies that are less than 46% ABV, which is the standard bottling percentage of Glendronach’s core range..  So why would a distillery want the “flexibility” of adding a cost increasing process to their whiskey if it wasn’t needed?  We can’t say for sure and have to take Glendronach’s word for now that everything is still the same. We’ll keep a close eye on them in case they try to make further unannounced changes.